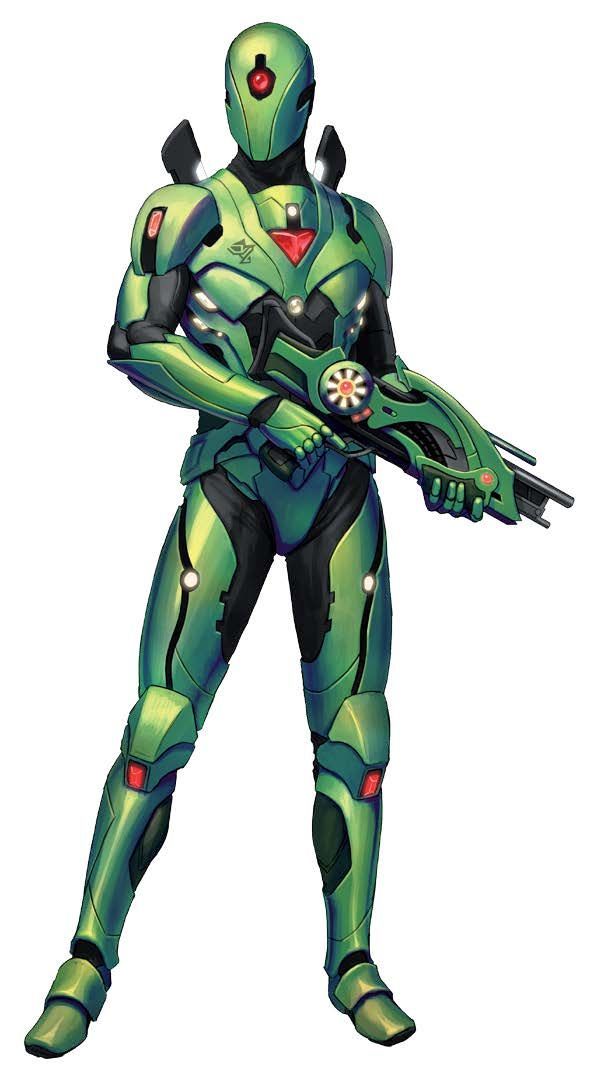 spacer
IdentifyUnit: golemem
>fromDatabase: XK735V4:Personnel
>>upload: DNA.rec, visual.rec, audio.rec;
>QualifyUnit: where UnitMatchPercent: [15,100];
Unit.golemem = AllyUnit;;
Standardized robotic defense units. They're not sentient, and not very bright. AeroSmith likes to have extremely good programmers write some very fancy, situation-specific code to show them off in demonstrations, but it's generally known that they're not quite that capable in the real world. Still, they're decent perimeter security for outposts, as long as you make sure they're correctly programmed. For any sort of advanced defense or assault plans, you'll want a capable human security personnel, or at least a really good programmer.
Sandbox Characters:
Capacitor | Revolt | Prism | Justice | Eternal Flame BBCode Grid Guide
Top


Actually, it is her last name.

It's the code showing how you can identify yourself as an ally. I chose your character since it was the only one with a proper CS.
Sandbox Characters:
Capacitor | Revolt | Prism | Justice | Eternal Flame BBCode Grid Guide
Top

It's the code showing how you can identify yourself as an ally. I chose your character since it was the only one with a proper CS.

I think most of you saw we're starting Monday. At Matvey's suggestion I've also created a Discord group. If you are on Discord and want an invite just let me know.
Sandbox Characters:
Capacitor | Revolt | Prism | Justice | Eternal Flame BBCode Grid Guide
Top

RP thread is here, and we are still taking new members, so it's fine if you're just finding this and want to be a latecomer.

You're setting down with the Iris Blue. It's not that big, and doesn't have sleeping/bunk space, just sitting space. Think of it more like a commercial jet, for space. If our pilot wants to RP out the whole landing sequence, you're more than welcome to do so, just get us to the pad somehow without blowing the whole ship up.

Siren is going to be your quartermaster, I'll be roleplaying her as a PC. At some point I will make a CS for her, too. For now, I'd just like people to write up an intro and get themselves in place. It's Advanced, you guys know how to write and what you're doing, have at it!
Sandbox Characters:
Capacitor | Revolt | Prism | Justice | Eternal Flame BBCode Grid Guide
Top
Post Reply
8 posts • Page 1 of 1