Secretly, he just wants to have a four arm hug with Skriviks.
]
Top 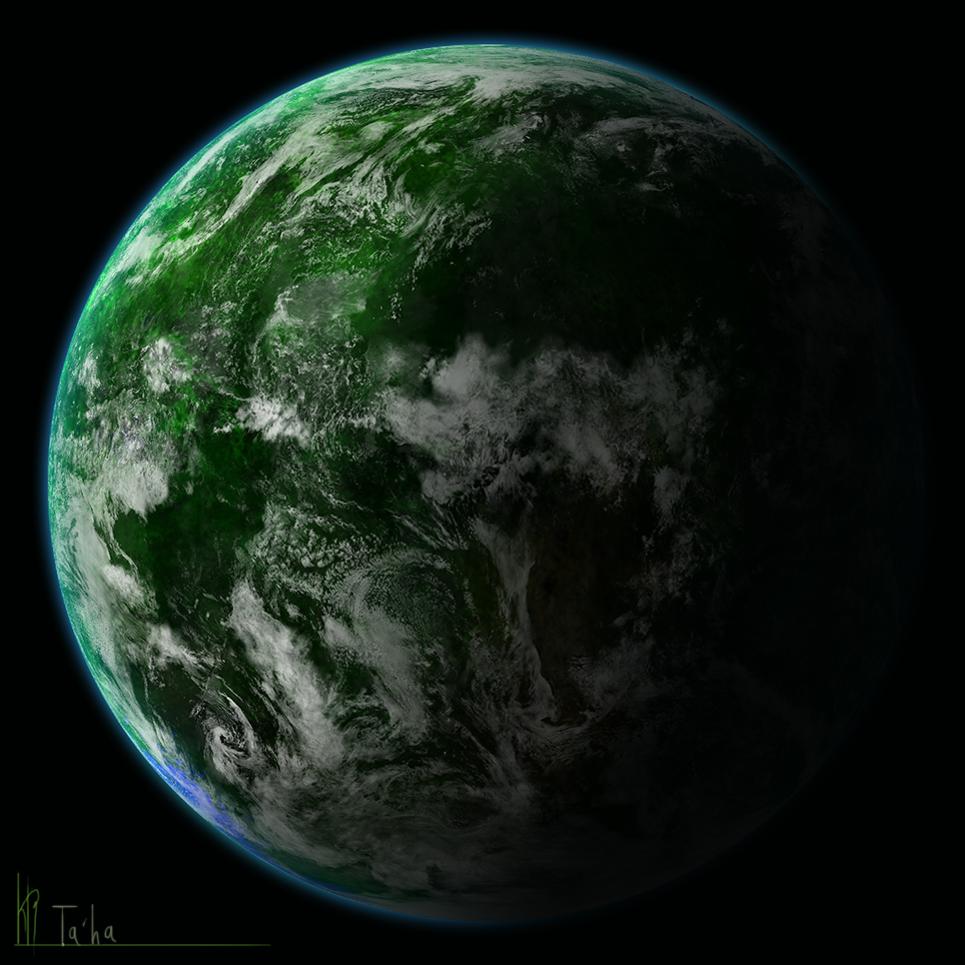 Alphegor isn’t a particularly massive planet, nor is it home to any great wealth of rare minerals (no more than any other planet of its composition and magnitude, at the least). It’s atmosphere is unimpressive, as well: 70% nitrogen as an inert base, 25% carbon dioxide, 2% methane, and tenth of a percentage values for most other “habitability” gasses. Though an aerobic organism would most likely perish without proper equipment, it is well within the comfortable range for the majority of carbon breathing fauna, and can support a wide range of off-world flora. In fact, this last accomodation is a very pressing danger for the Alphegorian united government, as the ecosystem of the planet is even more intricate than that of most other planets. 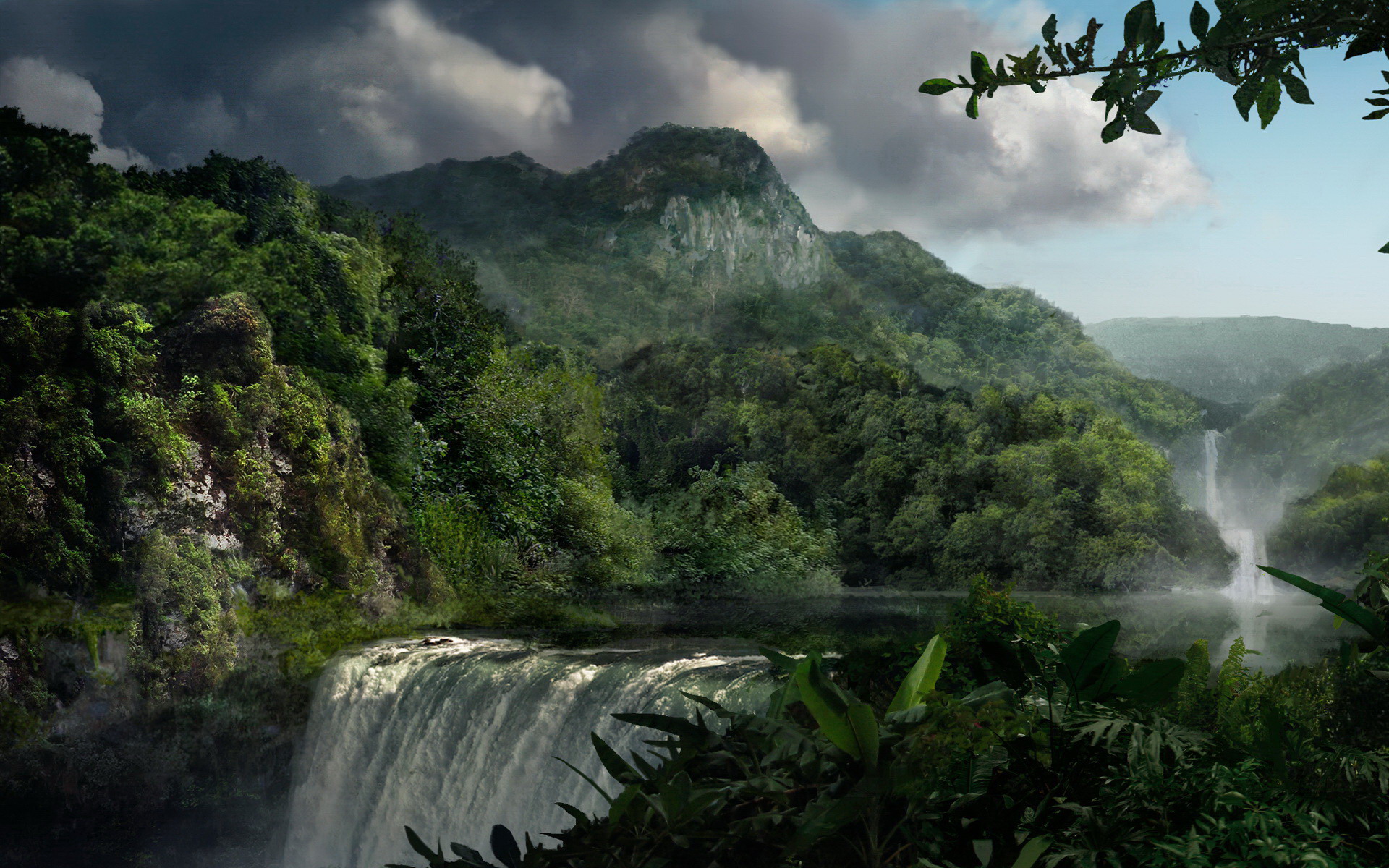 That is what makes Alphegor unique among its neighbors. Most planets evolve divergently, organisms speciating and adapting in a sort of unconscious natural competition. This is one of the driving forces of genetic progress, and has been largely considered the biggest factor in how quickly a species will become spacefaring. A proposed “comfort zone,” where competition is not fierce enough to disallow innovation, but still remains a pressure to promote change. Alphegor completely turns this concept on its head. Instead of containing a competition based environment, it is entirely symbiotic and codependent. This style of growth has been deemed “sympathetic.” The few strains of plants (lacking diversity due to an utter lack of speciation) will pull back when it senses the others need nutrients or sunlight, halting its growth until its cohabitor has had its fill. Fauna of the planet are purely vegetarian if they ingest organisms for energy at all, and will selectively seek out fast growing or fruit-bearing plant life. The apparent compassion all aspects of the Alphegorian biosphere has been deemed a matter of scientific intrigue, marked as highly unnatural, and is presently being possibly assumed to be synthetic in origin. 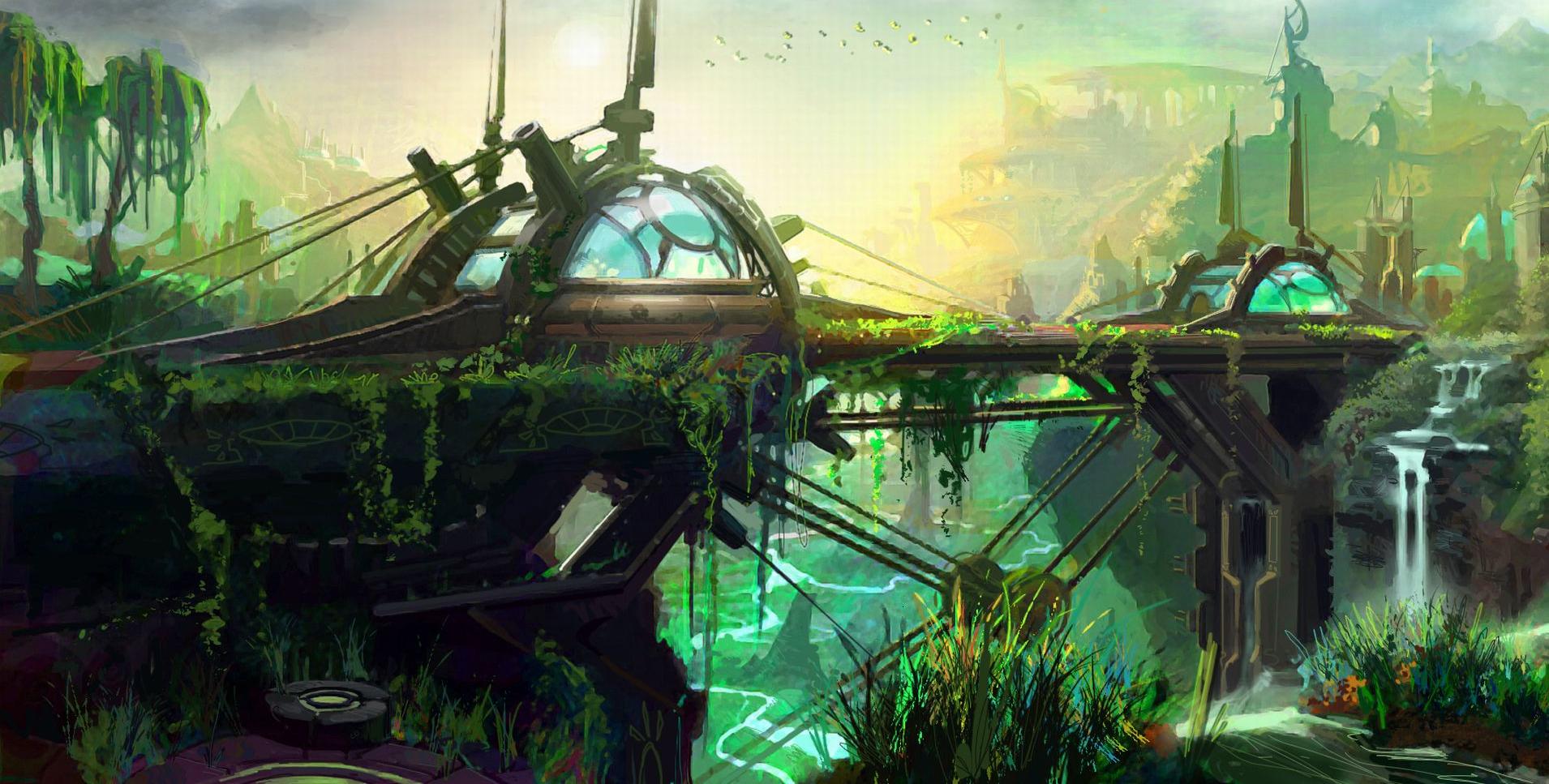 The Silwin, the sole sentient lifeform on Alphegor, maintain this biodependent mindset despite their current spacefaring nature. They treat their planet with what can only be considered a form of reverence, preferring to ship material from offworld for building. The structures that they do make seem to conform to the environment, allowing the natural features of the land to bend, warp, and mold them, and will very seldom break the surface beyond a few meters for foundation. Emissions are intensely regulated, and “dirty” tech (unshielded nuclear fusion/fission, fossil fuel power, synthetic manufactury, etc.) are regulated if not just outright prohibited. It’s a wonder the Silwin accepted technology enough to become spacefaring at all - if they weren’t just trying to be polite, and didn’t want to refuse what they knew was considered an generous offer. As things are now, most higher-level Silwin business is conducted away from their precious homeworld, leading to a largely decentralized population and a weak planetary government.

Everyone knows only hugs can heal the stings of bigotry!
I look in the water and fear what I see
I know it's no stranger but I know it's not me
My life is a lie that was uttered in jest
If I can't change at all, let me rest
Top

I've been meaning to go more in-depth with that for a while now.
I look in the water and fear what I see
I know it's no stranger but I know it's not me
My life is a lie that was uttered in jest
If I can't change at all, let me rest
Top

"He seemed the sort to even Dream in suave."
Top
Post Reply
45 posts