Cs thread for All That Remains.

Please use real pictures. Multiple characters are fine. You might need them.

Personality: Ryan is fairly abrasive and blunt in his approach. Ryan is very outspoken and opinionated. It is possible that the time alone also affected his decision making. Once a romantic, now hopeless in ever finding love. It takes a while for home to open up to people that are unfamiliar, but when he does he's on your side for good.

Bio:
Son two fitness freaks, growing up they would force Ryan to live the healthiest lifestyle possible. For a large portion of his life he only drank water and was completely vegetarian. This life of healthy living evwntually lead Ryan to wotking at a fitness club as he got older, eventually assisting in running one by 24. Little did he know how helpful his lifestyle would become. 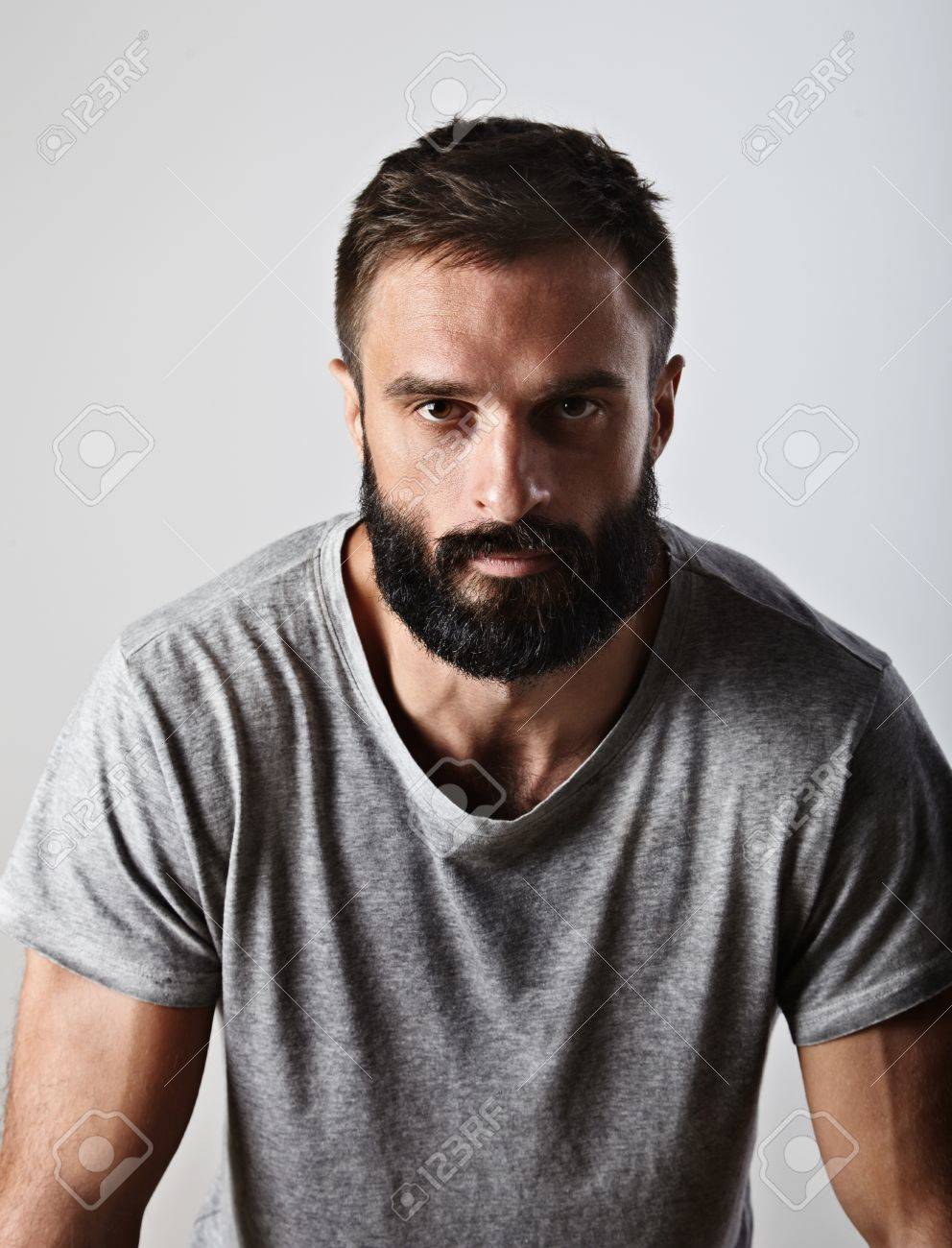 Extra:
He had a dog named Nova. 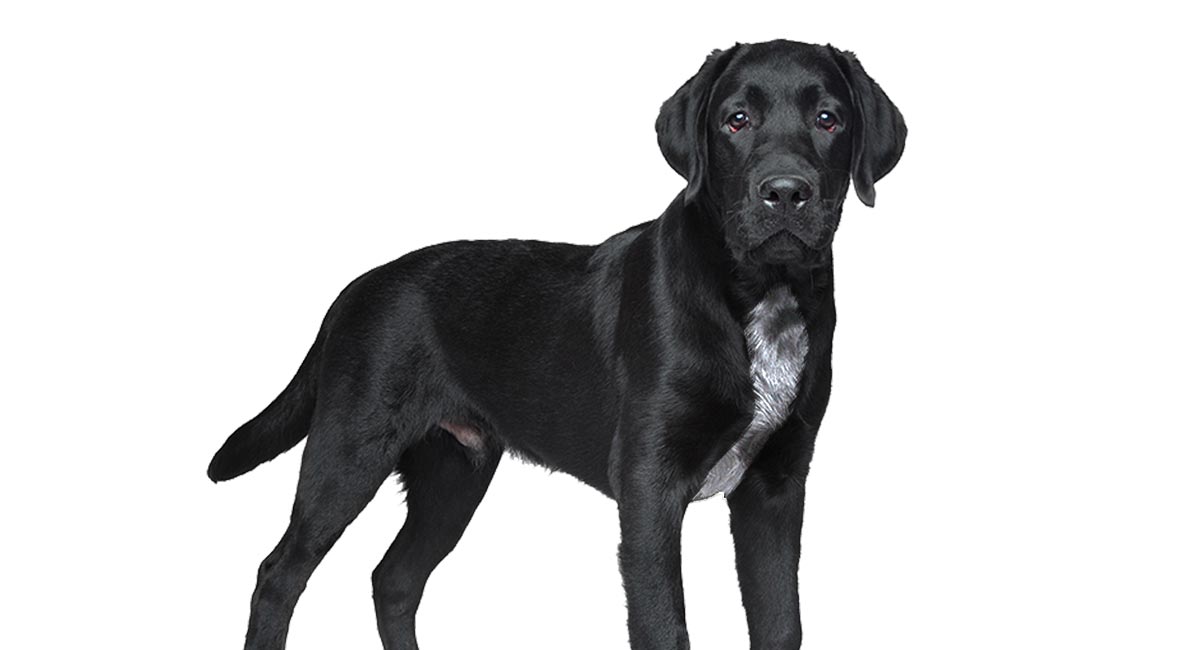 Name: Dawn Rose
Age: 17
Gender: Female
Born: Capitola, California
Height: 5'1
Weight: 95 lbs
Personality: Dawn is a wild child. She doesn't believe in blindly following the rules and this often leads her into trouble. She's curious, and if she sees something that interests her she'll dissect it until she's satisfied. She can be very friendly and kind, but it can take a lot for her to open up. She's guarded when it comes to people, and doesn't trust easily. Her temper is that of a five year old, easily boiling over when she feels like there's an injustice or is being bossed around.
Bio: Dawn grew up next to Surf City in California, aka Santa Cruz. Although she's never been a fan of the beach, she did enjoy the nice weather. Her parents died in a car crash when she was merely 10 years old, leaving her and her sister Alex to fend for themselves. She was a freshmen in High school when everyone vanished.
Apperance: 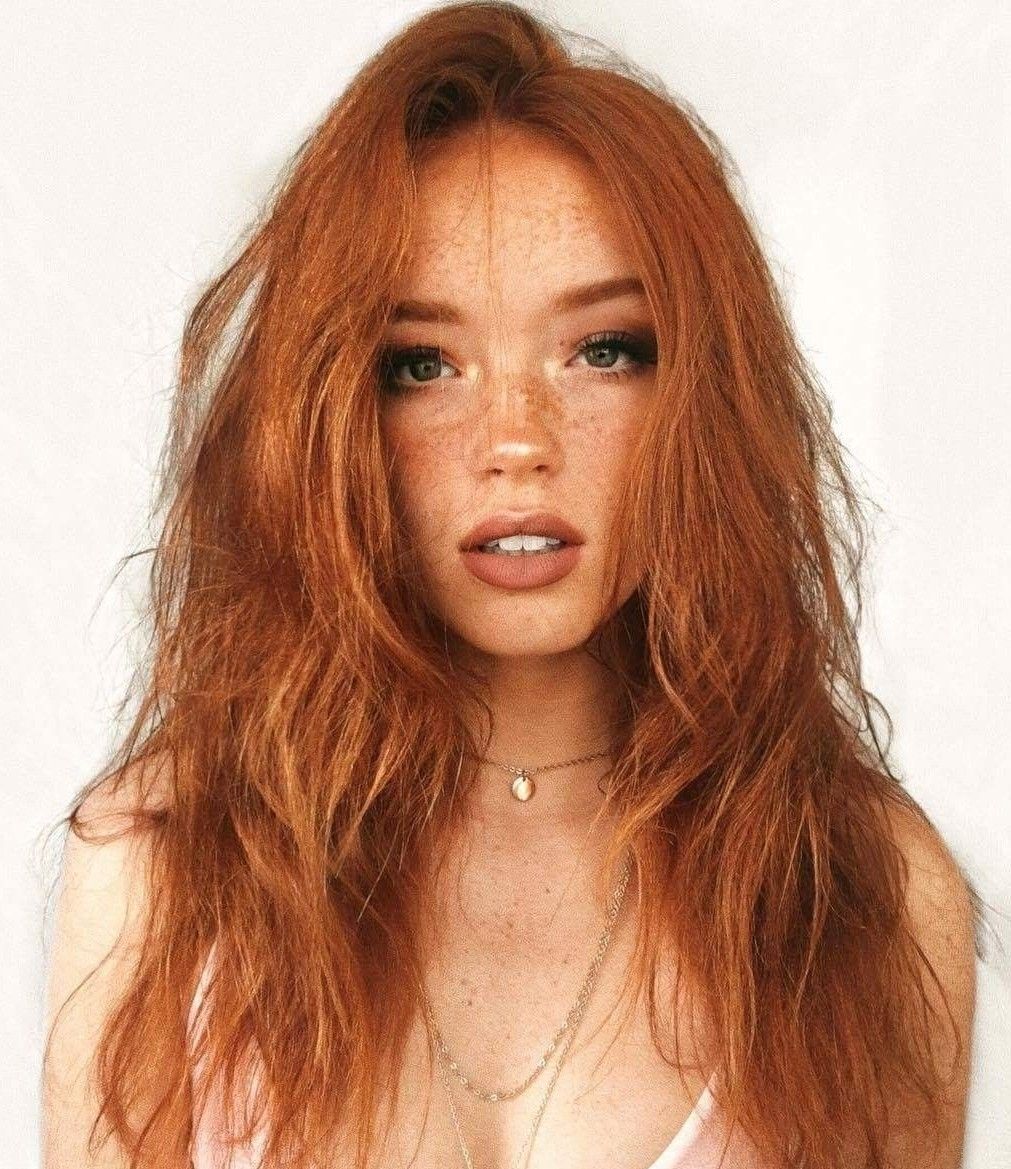 Name: Alexandra Rose
Age: 26
Gender: Female
Born: Capitola, California
Height: 5'3
Weight: 115 lbs
Personality: Alex is trusting, sweet, and patient. Everything her little sister isn't. She's very caring, and this is why she was so well liked at her job by the animals and clients. She's slow to anger, and typically very understanding. She's the kind of person that will give people second, third, and even forth chances. Firmly believing that people can change and that there's good in everyone.
Bio: Alex was working as a vet tech when everyone disappeared. Having put herself through college all while supporting her little sister on a minimum wage job was rough. She had student loans upon student loans, and three years prior, before everyone disappeared, Alex was having a heard time mentally. Having her parents die and leave her and her sister alone was one of the hardest things Alex has ever gone through. She loves her sister though and the two girls are pretty inseparable.
Appearance: 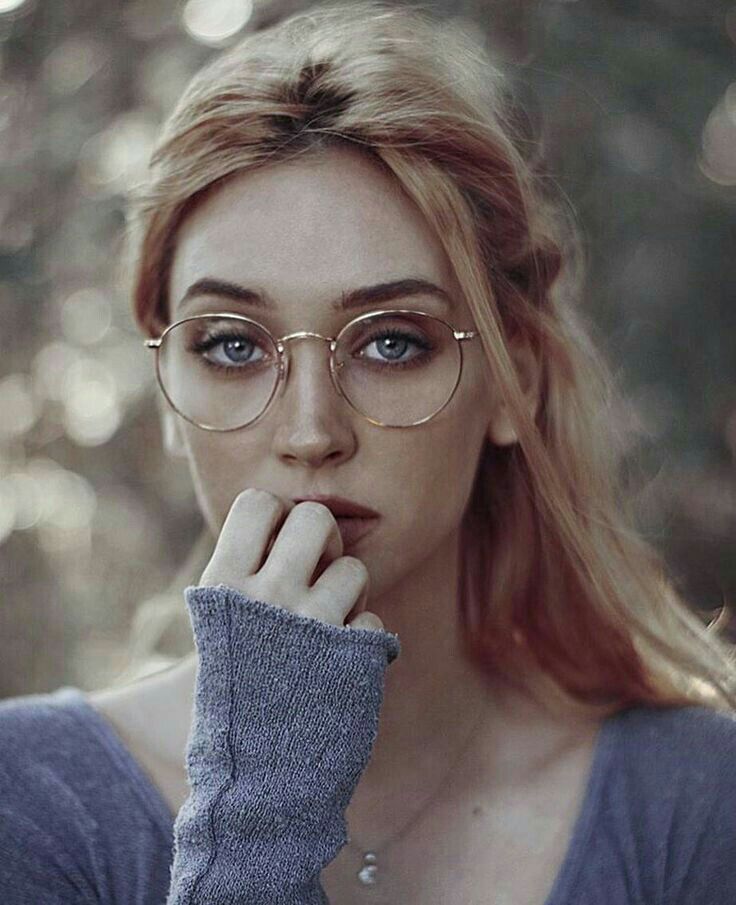 Let me know if anything needs changed! :D

Personality:
Sebastian is a reserved man, preferring to stay in the background and observe from the sidelines rather than confront other people head on. He never was a people person and, in the past life, resorted to staying home with his family and spending time with them or working on his truck. To those that know him, Sebastian exudes a warming presence - one similar to a friendly, quiet giant. To others, especially ones that pose a threat...he can be an intimidating addition. Whenever he is forced to resort to violence, Sebastian proves to be a strong punch.

Bio:
Sebastian was born and raised in a quiet and secluded part of the woods outside of Boulder, Colorado. He had a relatively normal life with his parents and his younger adopted brother, Benny, learning the trade of carpentry from his father. It was a family-owned business that he was mighty proud to take over, and one that his father enjoyed showing him. The Lockwood boys spent their days hunting and roughing each other up as young boys do. Sebastian met his soulmate, Delilah, just before finishing up high school and went on to marry her a couple years later.

The lovebirds moved around the United States for a while before returning home to Boulder and buying Sebastian's childhood home from his parents. They lived a simple life with their only child, Addison, and her Uncle Benny not too far away. The brothers desperately wanted to teach Addison how to hunt despite Delilah's worries, so they often took her out to hunt little things like rabbits and squirrels. She took on to it quickly, much to Sebastian's delight.

On a night seemingly like any other, the three were camped out in the forest and all huddled around the fire to share some laughs and some drinks (a secret that Sebastian kept from Delilah). Sebastian was never truly sure of what happened.... There were some strange sounds, ones that Benny tried to convince him were from the mountain winds blowing down on them. Concerned, Sebastian picked up his rifle and went outside of the camp a ways to see if he could find anything. His head blurred for a moment, but when he 'came to' and returned to the campsite, Addison was gone. They tried looking for hours, but there was no sign of where she'd gone.

Defeated and lost, Sebastian and Benny went home to tell Delilah and call the police, only to find her missing as well. After some more searching and confused calls, the brothers found that they were the only people left in Boulder - hell, they seemed to be the only people left in the entire Midwest. For three lonesome years the brothers have been trying to survive...Sebastian has never stopped looking for g Ihis wife and child, but Benny seems to have all but given up. 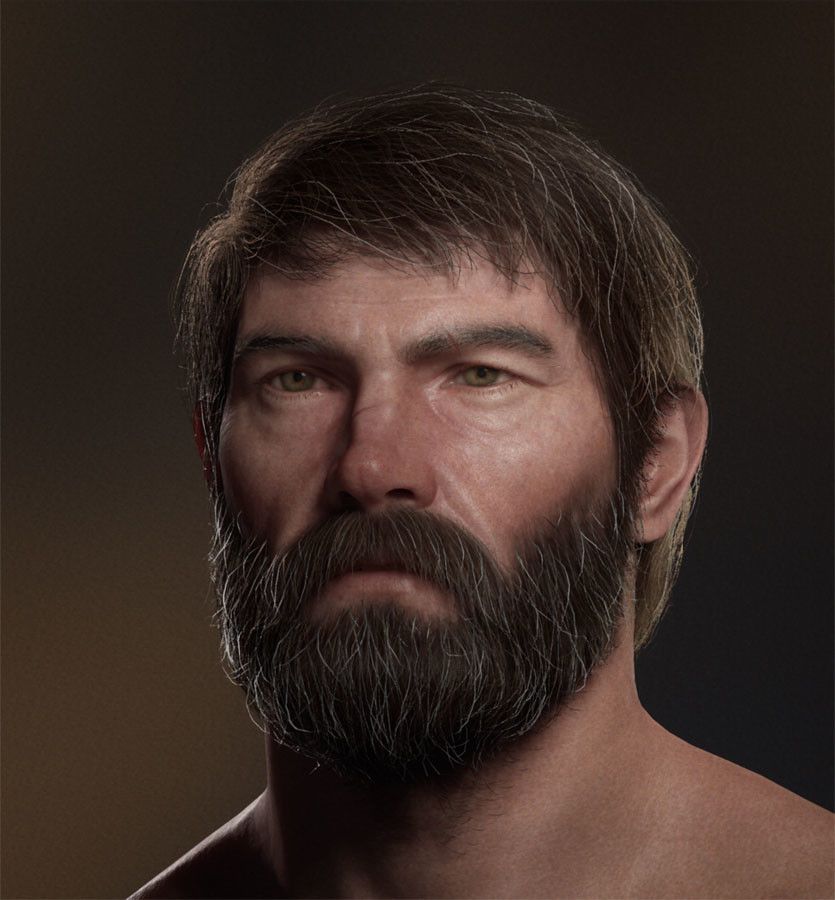 Extra:
Nothing I can think of at the moment.

Personality:
Drastically different to his brother, Benny is a bit of a clown. He's loud and doesn't take things as seriously as Sebastian does, oftentimes cracking a line at the most inopportune moments, making it an annoying trademark of his. That being said, Benny is far more trusting and open to others, and he's always ready to have a party with someone new. He is a crack shot, something he will always remind Sebastian about, and is sometimes too generous for his own good.

Bio:
Born in Mexico as Benito Sanchez, Benny was adopted into the Lockwood family when he was three years old. They welcomed him with open arms and warm hearts, making him the happiest boy anyone had ever seen. He was widely known for his charming personality and ability to make the ladies swoon, but it didn't stop him from getting into the occasional bad stint. Whether it was money troubles or lady troubles, Benny was usually close by. Still, he was always a good kid. Benny always looked up to his older brother and the two were very close. His favorite moments were usually riding some horses out into secluded spots on the mountainside and listening to the waterfalls for a couple of hours.

When Sebastian moved away Benny decided to go off to college and study...something. Nothing felt right. He was certainly a free spirit, finding himself to be more useful out in nature rather than being stuck in an office all day. Benny eventually figured that he was in school only because people expected a good kid like him to do that, especially his parents. He was more than relieved when Sebastian came home with Delilah and Addison. It was nice to unwind and be himself with them for a while.

So on that day when everyone disappeared, Benny was...well, he was kind of relieved. Upset, of course, that his niece and sister-in-law were gone, but now he could do what he always wanted to do. Live in nature, survive with his brother, rough it out. It gets annoying, however, when all Sebastian wants to do is look for his family.

Personality: Prior to everyone disappearing Clara was outgoing and friendly. She loved seeing how her singing entertained people, finding it to be her main drive to continue her singing career. Since everyone vanished she hasn't performed again. This is due to both lacking an audience and the eventual realisation that her music only reminded Clara of the life she'd lost. Despite coming to the incorrect conclusion that she was the only person remaining on Earth, Clara holds hope that she'll find other people.

Bio: Clara's early life was average for someone growing up in the United Kingdom. She began singing as a hobby, only beginning to take it more seriously during her later school years. Her career as a singer began when she won Britain's Got Talent when she was 21. After releasing her first album a year later, Clara began her first US promotional campaign, during which everyone vanished. For the last 3 years, Clara has been searching for signs that she isn't the only person left. 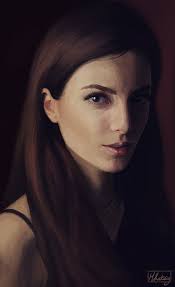