@Snowskeeper @Azra @illirica @HighVoltage
I have reviewed your CS, they are awesome I am not gonna find little mistakes , I am very lenient about it. If Let's say your weapon or anything is OP, you will have to tone it down in the rp. Everything is approved.

@Reyn @Fang Waiting for you guys. Let's finish it and start the Tournament.

@all One of you can check my CS and approve it.
Top


Personality: Outwardly kind and friendly, she always has a smile on her face. Inwardly, she can't help but wonder how humans are even alive. She often feels the same about all the races... truly they live such short lives they can't possibly be as smart as her.

Motivation: To grow into the best Kitsune to ever die.

Catchphrases: You thought? Funny, I figured your kind wasn't capable of that.


Backstory: The oldest Kitsune in the litter, Nakayama was easily the most suited for the life of a guardian spirit. She was sent to the Mortal World when she was young, around 17 years of age. That was when her life became a never ending spiral of hell. Humans are the neediest shittiest race she has ever encountered. Every day at least one if not more of the villagers came to her shrine and begged and pleaded with her to bring good harvest. Some begged for her to deal with the evil spirits or other wrongdoers that had come to the village. Alas, Nakayama didn't wish to help. However, without their prayers and offerings she would not live. So she had no choice but to do as they asked. Many years would pass of Nakayama being a slave to her own shrine. Eventually, she snapped, decided that death was going to be better. If she was dead they would take her back to the Immortal Realm and let her live in peace and quiet so she could read as many works of literature as she ever wanted. Alas, this wasn't the case. 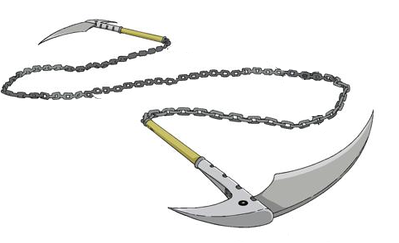 Strengths: Can be used up close and at a small distance. Versatile, Aggressive, and can even trip foes.

Weaknesses: As easy as it is to trip others, that is a two way street as others can use it to pull you to them. Also, very hard to block using this weapon.

Limitations: Nakayama is very familiar with this weapon, and few others are likely to have even seen it, however, regardless the biggest flaw in the weapon is the chain itself. For if you aren't watching it carefully it is as likely to get in your way as it is to be in your opponents way.


Appearance: Calm friendly expression, with a fairly pale skin tone, her black hair is tied up in a bun and she is looking onward with a soft gaze, she has a fair bust but, nothing particularly crazy, indeed, she is perfectly average. On all accounts nothing exceptional about her expect for her eyes which are a blue as the sea. 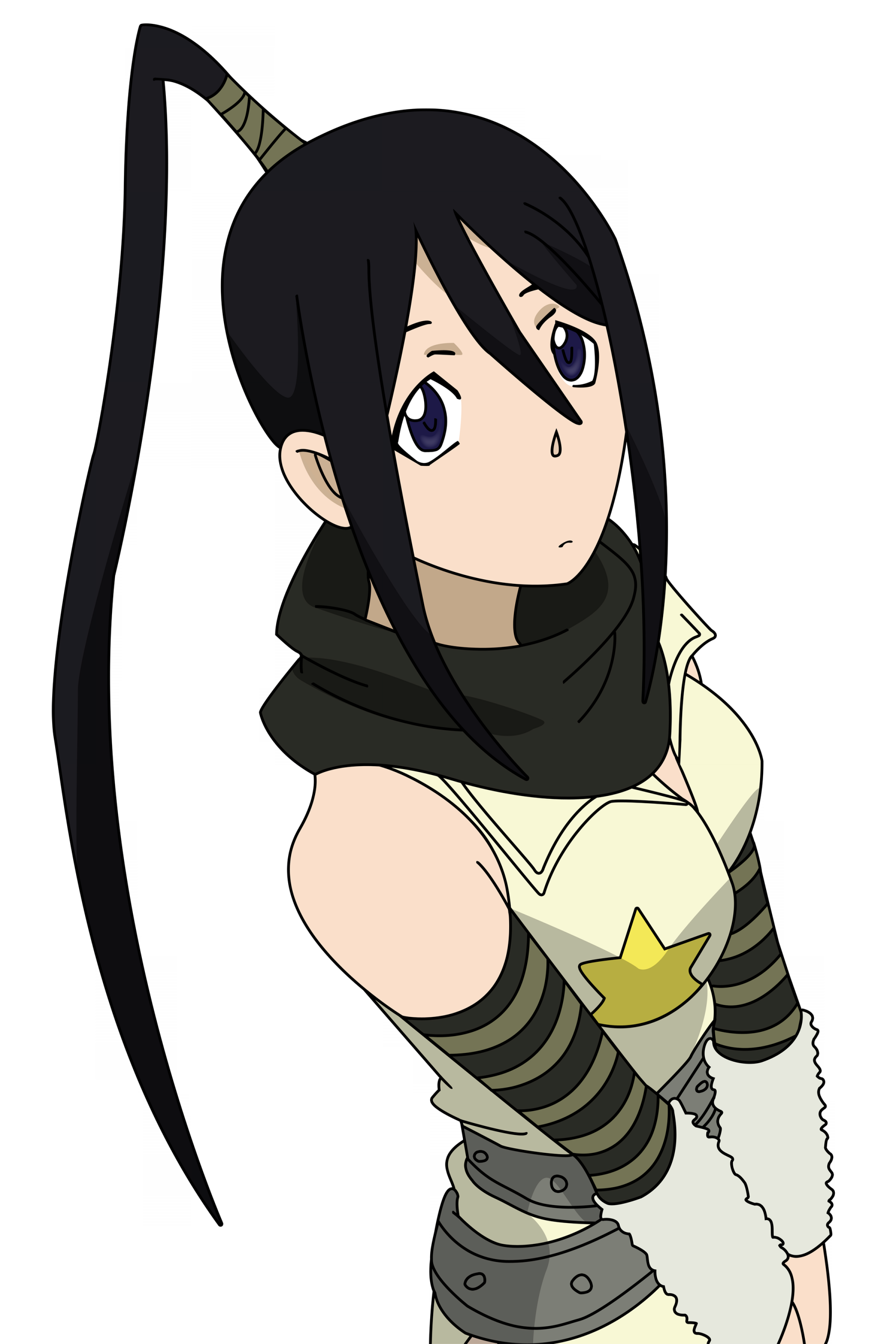 Sexuality:
All that is beautiful, all that is fair

Personality:
She is paranoid perhaps, lucidity slipping between bouts of anxiety. She can seem pleasant one moment, and terrified the next with no explanation beyond the twitch of a shadow she saw flicker at the edge of vision. She’ll be mumbling incoherently one moment then the next engage in normal conversation as if nothing had happened.

Just, don’t look too closely at the back of her photographs, you never know what might be written there.

Fears:
That which lurks behind the wall. It knocks, it knocks. It sees me, oh.

Backstory:
It exists in circles you see, this world. Round and round and round again between the spaces in between the cracks and the cracks and the cracks. Yes! This is divinity! Yes! This is sublime. Could I just — Ah, how I wish, I wish I could, how I wish I could go back. No, it spirals and spirals and — ah like a noose! Like a great hangman from the gallows behind my wall he caught my ankle. Ah-ha! He strung me up and saw me, saw me, imperfect, yes like a picture out of focus, yes I felt it then.

That is why the man beyond the wall admired my eyes so, we are all out of focus. He cannot see us, so that is why — yes! Pictures! He can see what I make of them. Yes! If he knew of our beauty! Yes! Of our wretchedness, oh he from beyond the wall, if he knew. If he knew then — then. Salvation will be, forgiveness will be,

He has my ankle.

He knows the curve of my imperfection. No, no, if he were to seep through that wall. NO! That door must never. I must never. Ah, my ankle.
Ah, am I already?

My art must never become that tool.

[October 16th, 20XX]
A local photojournalist was found dead in her apartment early this week. Authorities have ruled the death a suicide, but when reached for a comment the officials said that investigations are still ongoing.

With the family’s blessings, the North Metropolitan Museum of Art will still be opening its special gallery of Mrs Hortscroft’s work on October 31st as planned…]

Weapon Description:
They say that the camera steals the soul of those whose image it captures, and this is true for any camera that Lina holds. When she snaps a picture, all that were within her viewfinder will find themselves weakened, be it their strength or speed. Further, the camera’s flash can temporarily blind any who look directly at it.

Strengths:
Lina can debuff enemies, and pull them down to her physical level evening out any combat situation she might find herself in. In this way she primarily fills in as a supporting role.

Weaknesses:
There is a lag time between when she snaps a picture and when the picture develops, further the effects of her camera only remain so long as the photograph has not been destroyed. What’s more, her weapon is a camera, beyond its use in weakening those it takes the picture of, it isn’t particularly useful in a fight beyond being a bludgeon.

Limitations:
She can only hold one active picture at a time, and once she takes a new picture the old one will be destroyed, releasing the fragment of soul it has captured. The distance she can take a picture is limited by the scope of her camera, and a crisp picture of her target is required to get the full effect of her power. 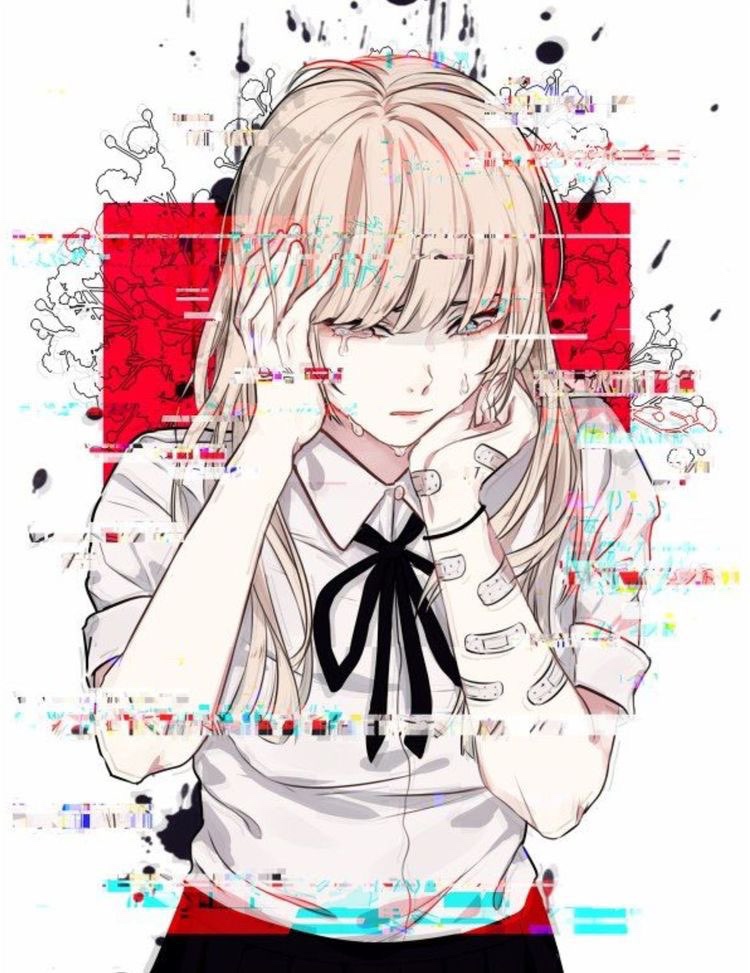 @UmbraSight @Cole Faux Approved! Thanks guys for considering this rp. I am fortunate.
Top