Now that's a name I haven't seen in awhile. how you been? and go ahead, make a cs

I've been very well. Got a new job which is why I've gone missing. Now that I'm able to say it is a stable one I'm comfortable coming back.

Name: Monika
Age: 28
Gender: Female
Dragon type: Water
Special abilities: Has a scalding hot water-breath similar to that of a fire dragon's flames. However, instead of melting things and burning them, water dragons simply push and erode. The water is hot enough to scald skin and cause significant pain to anyone caught in the torrent. Along with sweeping them along. Aside from this, as a water dragon Monika can albeit very lightly manipulate the water around her. Nothing crazy but, she can cause a current to start or stop and control the strength of said current. [This includes changing the currents direction to make it go onto banks and potentially flood things.]
Region of Origin: Pheren
Personality: Monika has always been a little more on edge than she should ever like to admit. This keeps his hyper-attentive of her surroundings and causes her to constantly doubt the intentions of others. She struggles to maintain friendships as she often finds herself mistrusting her companions. More often than not, leaving before anyone can get a chance to betray her. Outside of her trust issues, deep down Monika is very lonely. Afraid is an even greater term for describing her. Though, on the outside she may be an adult, on the inside she still feels like a child lost in this world. She longs for someone to look up to, only fearing they are not who they appear to be.
Bio: Monika was born with little recollection of her family. Seeing as they hardly were ever truly in her life. From a young age she came to understand the world and its hardship. Pheren was never a large town and most there tended to a field or fished for their food. Monika was no exception and from the age of twelve was trained in how to fish from the river. Her family ever busy fishing or farming had little time to teach her anything and as a result she has no official education. For years she longed to know what lay beyond the fishing village. Well, you could call it luck or you could call it something else. Her wish came to light when some strange men came to town. At first she and her family thought nothing of them. They appeared to be traders seeking to buy fish and sell their wares to the townsfolk. This all was true until the fourth night when some of the local girls began to go missing. Monika, having thought this to be a mere coincidence decided to investigate. Only to find herself captured by the same men. It was the end of the fifth day when she was loaded up into their caravan at dusk and they departed. She was destined to become a slave.. she knew not if this trade was legal only that it for sure was to be her fate. She grew to begin to resent people more and more by the day. Her faith in others lost, she was freed by a nasty storm which forced the caravan to stop. Monika mustered her courage and escaped unaware of her location she wandered until she came across a town she did not recognize... [The starting point town]
Extra info: Not really sure what to add here? Didn't see anything indicating a keyword.
Appearance: (Dragon and Human Form) 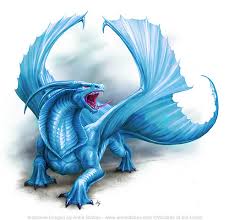 It's weird she has the same name as my SN. lol. But looks fine. Go ahead and post, then I'll post

Personality: He has been raised to follow an old code of protection that his type of dragons have always followed. In the far past his ancestors where gaurdians to the humans. They did everything they could to keep them safe, and to stop any dragon that might go rogue and try to kill humans. Because he has been brought up on this code he is honest and kind, but he also doesn't mince his words, on top of this he is protective of others and dedicated to justice and what is right. He will never back down when someone is in danger, and will think of himself last whenever he finds himself and others in a dangerous situation.

Bio: His father was killed before he was born, and his mother was gravely wounded. When he hatched his mother spent as much time teaching him about the history of dragons as she could. She also taught him how to use his latent powers. She installed in her son a belief that not all humans were evil, but that they where just as capable to do great good as they where to do great evil. The same way that a not all dragons where good but may instead choose to walk a dark path.

She taught him this because it had been people who had killed his father, and had wounded his mother. The very same wound that was very slowly killing her. After she died he did everything he could to honor her memory. In so doing he became a wandering warrior who would fight to keep anyone safe. So long as they where innocent people. He wishes to bring about some understanding of peace between the two species. But that doesn't mean that he is not willing to fight without remorse if the time calls for it. In a matter of fact he is one of the top fighters in all of his species, as well as in all of human kind, and is considered to be quite merciless to his enemies.

He has saved many lives, and is always happy to see people be able to get back to their normal lives. But there are always more people who are left hurt, broken, and often alone because of the dark choices of others. It is for the victims that he continues to do what he does. He doesn't want people to have to feel that pain. Because of that fact he will do whatever he can to make sure that as many people as possible never have to experience that pain. He has come across Hunters on a few occasions, but so far he has not had to do more than harm them in order to get away. He knows that most of them believe they are just protecting their kind, and so he holds no ill will towards them. The only ones he hates are the ones who hunt just so they can feed their sick desire for slaughter. If he was to ever meet one of them, then he would happily kill them without remorse.

Extra info: He has always been fascinated by the idea of the possibility of humans, and dragons mating together, and believes that the offspring of such a union would be a greater species than either of the ones from which it would come. He hopes that one day he may see this come to pass, and dreams that maybe he could even be the father of such an offspring as well.

Not sure if it's just me, but I can't see your human picture..