Uh, yeah, CSes go here. I can't be bothered to copy and paste it, check out the REQ thread for the template...
madness is a rational response to a crazy world

Any powers: Lex's powers are restricted to her books. She has a huge collection that holds the knowledge needed to brew the most powerful potions and cast every spell she may need. Playing with magic isn't an easy job, and can oftentimes cost something in return for it's use.

Background (optional): Lex is the brightest teenage witch in her coven. She's more talented than most and that could go over her head sometimes, making her quite entitled. She doesn't usually get along with men, for being used to being around women all her life. She has, just like most witches, some prejudice against vampires. Their immortal existence goes against nature and everything she's learned about magic so far.

Appearance:
5'2 feet tall, with dark brown hair and bright red eyes. Lex's glasses are just for reading, and she wears her pointy hat around school with pride.

What they are: Ice mage

Any powers: Possess an array of ice abilities, from frostbreath, to generating auras of cold from her hands, to withstanding the coldest of temperatures among a few others. The drawback to this range of powers is that she is a bit extra weak to fire-based abilities.

Background: Growing up most of her life on a secluded tundra with her mother, Nova is a bit quiet and shy when you first meet her, and tends to not have much to say, which can cause her to appear stoic and disinterested. Skilled with concealing her emotions and thoughts, it can take her a little while to 'warm up' (ahem... no pun intended), but when she does, she is very friendly, loyal and kindhearted. She's very vigilant and intelligent, and tends to quietly observe situations to learn as much about them as possible before making a move. Is almost never seen without her staff. She quite enjoys reading books and studying, and is fond of stargazing. Her biggest drawbacks are her natural suspicion and slightly presumptuous nature. 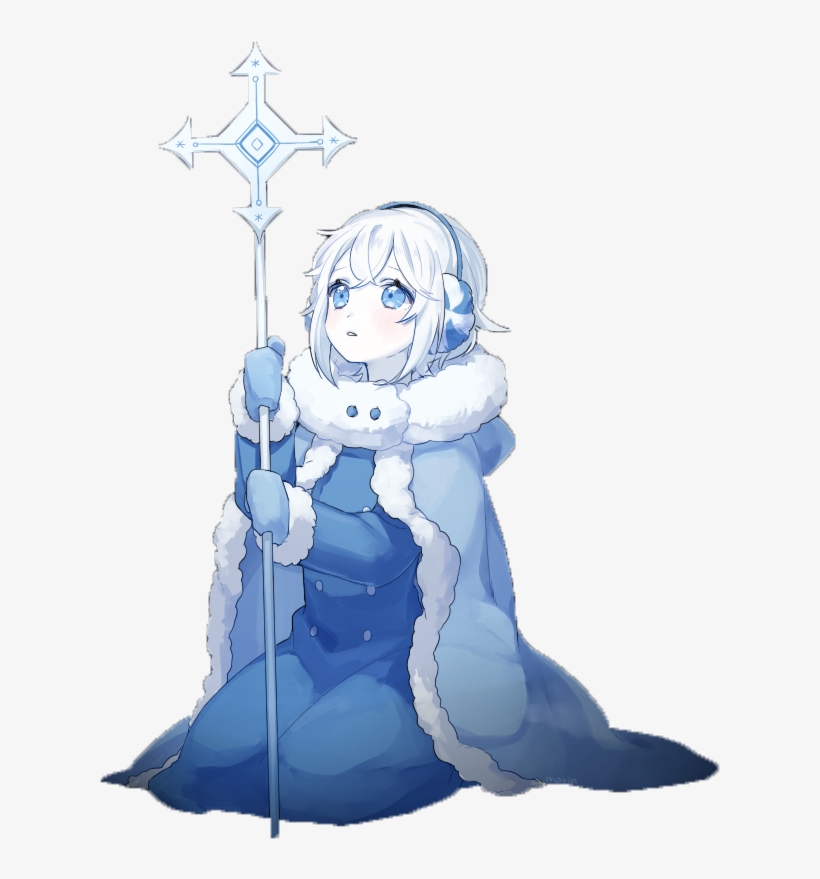 Name: Bruce Black
Age: 16
Gender: male
What they are: bat-demon

Any powers: Bruce can shapeshift into a bat, and has some influence over people. Let's say he can be quite convincing and it's tempting to do what he says.

Background (optional): Bruce is playful and has a lot of fun playing tricks on people. He doesn't do it intending to harm anyone, but it'd be a lie to say it never happens. He can be a witch's familiar (if there are any other witches in this rp and anyone has interest on having a cute sidekick)

Name
Marceline "Marcie" Acres
Age
17
Gender
Female
What They Are
Vampire
Appearance
Marceline is about five foot seven, with green eyes and long black hair that touches the floor when she's walking. She often rocks a punk aesthetic, and nearly always has her guitar with her.

This image is just for reference, because she's who the concept for this character is based off of, lol.
th.jpeg (25.75 KiB) Viewed 723 times

Any powers
~She can float, but usually no more than five or six feet off the ground
~She has minimal control over fire, and she's kinda invulnerable to it
~She can consume the color from objects, leaving the object unharmed, just either white or grey. She can survive off of this for a while, so she doesn't always need to consume blood. Not many people know this, though
~She can turn invisible
~She is immortal, but not unaging. Yet, at least. She's been told she'll stop aging when she gets to eighteen, but she doesn't entirely trust that
Background
Marcie was turned when she was about three. That was the same night she lost her parents, although she doesn't quite remember that day. Someone had shoved a gasoline soaked rag through the letterbox of her family home, before throwing a match through. Everyone in the house had been asleep, and the fire quickly took over the house. Her parents were killed, and the vampire who turned her found her half-dead in her crib. He turned her to safe her life, and decided to raise her as his own.
She later found out that he had actually been the one who shoved that burning rag through, and as a result, has very little trust in most things he says to her.
Marceline can be a bit of a trickster sometimes, but can also be very caring. The guy who turned her does not like that aspect of her at all, saying that vampires should cause fear in all those they come across... But Marcie doesn't care.

Names
Jessie "Jess" and James Yvonne
Ages
14
Genders
Female and Male
What They Are
Demons
Appearance
Jessie and James are twins. They are the same height, of five foot four. They both dyed their hair blue to match their eyes, and often cut it into the same hairstyle. At the moment, though, Jess does have hers long. Just because. They tend to wear similar clothing styles, and even have some of the exact same clothes in each of their wardrobes.

This image is for reference, because there are some differences between the image and their actual appearances.
bdN9gPpqAxhvXoghobaublv45Mc.jpg (56 KiB) Viewed 723 times

Any powers
The twins' powers are a little... Weird. They do have powers - not overly powerful powers, but still powers - but they tend to only work if the two are together. They can induce a person to do bad things, they can induce bad luck, they can straight up send someone to the demon realm they're from, but only when they're together.
Their powers aren't that strong though. They can't make someone intentionally kill someone, and they can't internationally cause someone to be killed. And sending people to the demon realm they're from isn't all that easy. They know people who can do it with a snap of their fingers, but the twins aren't that good at it yet.
The twins do - sort of - have a couple powers that don't entirely rely on each other to be there, but these ones aren't really anything special. They seem to have a bit of a telepathic link, so there's that. And they can teleport, but only to places they've already been. And again, teleporting themselves isn't that easy. Jessie is better at it than James, but it is something that's easier if either they teleport together, or if they teleport to one another. So they do still kinda rely on each other.
The twins do both wish they could use their powers independently of each other, but they can't, and they don't know how to make that happen. So they just have to deal with it for now.
Background
There's not much to the twins' background. They were born or whatever fourteen years ago, and have been raised by their mother since. They're always together, and really tend to just balance each other out. Jessie is more mischievous, often playing tricks on people and not caring how it affects them. James isn't as mischievous, but happily goes along with Jessie, making sure she doesn't do anything that would get her into too much trouble. The most common thing the pair like to do is mess with people by dressing the exact same. Because no one can tell them apart, usually, when they do that. And they just find it funny when people get frustrated by not knowing. They do kinda incorporate this into... Not so nice stuff, though. They play 'games' with people, promising a reward for telling them apart, but it often results in a terrible consequence for getting it wrong. Again, the pair do this just because they find it fun.
madness is a rational response to a crazy world

What they are: Dragon

Any powers: Flara is a skilled fire elementalist, and the scaled areas of her body are completely fireproof, meaning the only weakpoints she has to fire are areas such as her face. Her scales are very tough and hard to damage, the only weakpoint where the scales are softer being the undersides of her tail and wrists, and she is a very strong flyer. She can also exhale fiery breath and see through smoke. She also has mild chlorokinetic abilities over certain types of plants, namely varieties of vines such as brambles or ivy. She does have a slight weakness to ice, and dislikes the cold.

Background: Flara is cool and confident, and very noble. She won't hesitate to help or stand up for those weaker than her. She tends to have a relaxed, easygoing demeanor and is very tolerant and patient. She can be a bit self-conscious of her dragon traits sometimes, as she has been made fun of for them in the past, but she normally doesn't show it or let it bother her. She hates seeing others being bullied and will swoop in to defend them without a second thought. Very brave and slow to anger, and is very self-controlled, even if she does get angry. Does her best to keep those around her happy, is definitely the type who will sit with the lonely kid in class. She will gladly let others confide in her with their problems and do her best to help them. She's basically like everyone's big sister. Very fond of her hat and wears it everywhere; stands at a daunting 6'8". 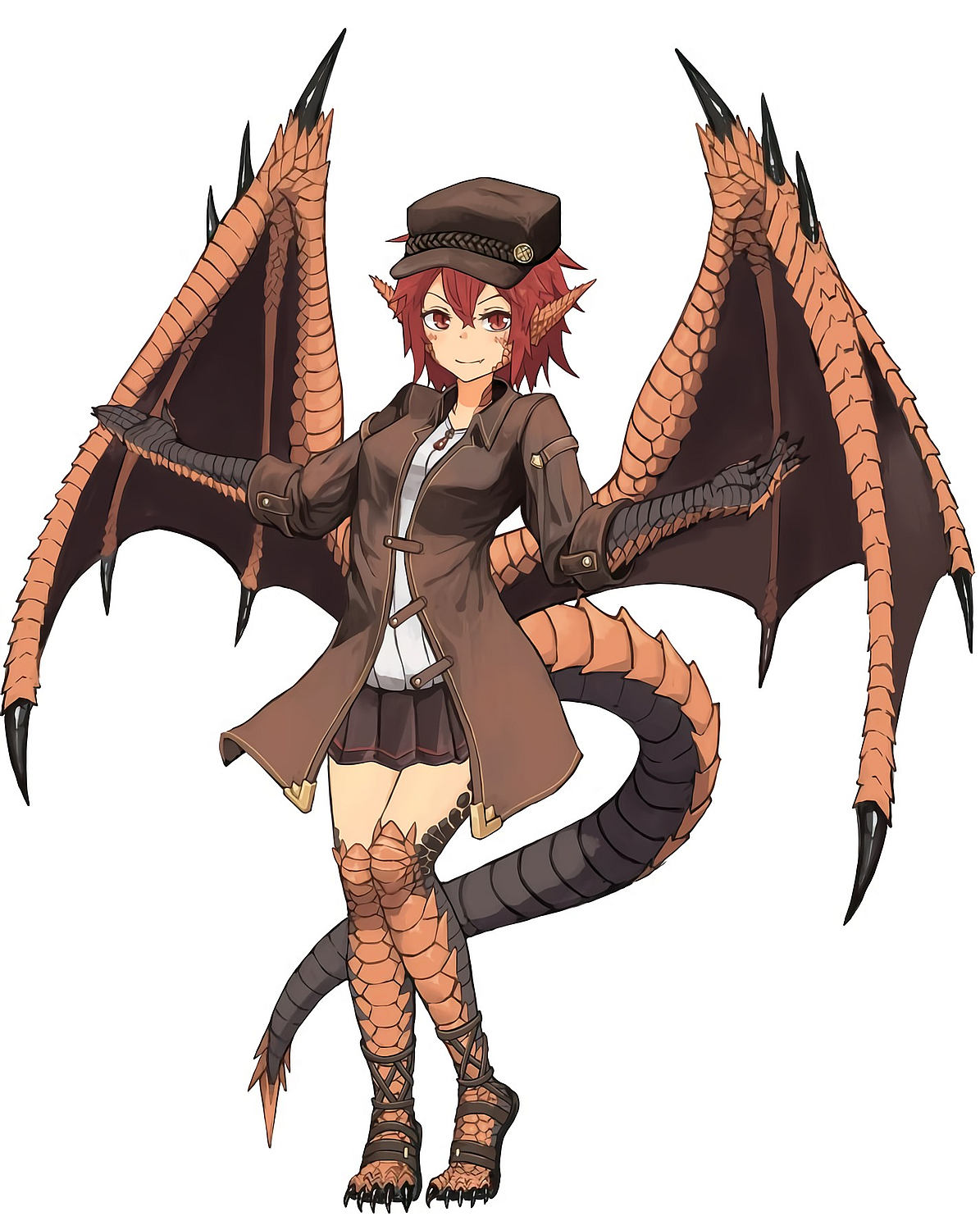