RP here if you don't want to worry about guidelines or length. (4 sentences or less per post, on average.)
Forum rules
Post Reply
93 posts

Even after the destruction of Starkiller Base, the First Order still has nearly total control over the galaxy. The Resistance fights valiantly against the Order and has even managed to snag a few victories since Starkiller Base's end, but they are still far from victory. The Resistance recently discovered evidence of an elite group of Stormtroopers in the making, a brand-new branch of the First Order's military that would more than likely bring about the demise of the Resistance once and for all. However, whenever there is a chance that they may have found damning evidence, the Rebels holding such valuable information seem to simply vanish. Nothing is known about what happens to the unfortunate victims, but truth be told, no one really wants to know.

The remaining leaders of the Resistance all agreed that they would send a small, ragtag group of rebels to gather as much vital information as they can on the on the situation, though the mission would be kept under wraps. Only the highest positions know about the squad. With the Resistance losing more battles than they've won, this mission is a top priority and one of their final chances at getting leverage against the First Order. Communication is to be kept at a minimum. The Resistance cannot provide aid in the slightest. All the squad has with them is the hope of the Resistance and, hopefully, the Force by their side. At the moment they reside on the planet Corellia, waiting for their next chance to catch a ride out while avoiding the deadly gaze of the First Order.

Good luck Bantha Squad, and may the Force be with you.

If you want to be a Jedi, go for it. But I don't want fifty Jedis waltzing around like nobody's business. c: I'll get mine up soon.

Possible Roles
If you've got any you can think of, go ahead and tell me! And this isn't just for on the ship - this counts for when we fight on the ground as well.
Captain/Pilot: Ryben Shan
Tank/Combat Specialist: Cal Qel-Droma
Diplomat/Trader: Pandora Phoenix
Explosives Ordinance: Victor "Vicks" Bocaj
Bounty Hunter/Mercenary: Crado Ryder
Assassin: Jakur Medikka
Support: Lajj Kohir
Slicer/Wildcard: Highsinger 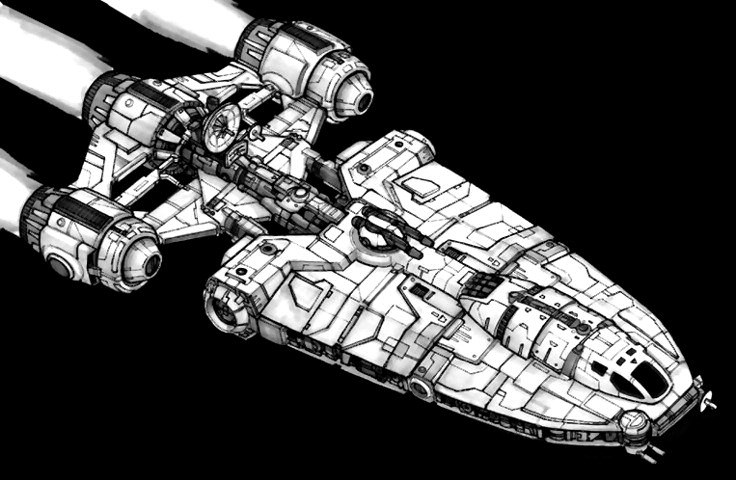 I couldn't find who the original artist was. If I ever do find them, I'll credit them.
Owned by Captain Ryben Shan, the Casino was named for sometimes unreliable nature in the most heated of moments, making it a gamble to be on-board in sticky situations. Luckily, more often than not, the ship decides to listen. A modified YG-4210 light freighter passed down to Ryben, it was once built for space exploration before being turned into a smuggling ship, then to a ship of the Resistance. It has enough space on board for a whole crew and many supplies, all complete with a complimentary kitchen that was built in by Shan over the course of several years.
Last edited by Gecko on Wed Dec 18, 2019 5:41 am, edited 5 times in total.
To quote Hamlet Act III, Scene iii, Line 87..."no."
Superhero Sandbox: Fusion
Art Thread: Don't Look Here!
Top

Personality:
Ryben is strong-willed and stubborn. If she believes in what she is doing, then there's not really anything that is going to change her mind. She is extremely protective of those who cannot protect themselves and will give her life to helping the weak. She does have a knack for being reckless, however, and tends to get in trouble where trouble is not needed. Ryben also has a tendency to form attachments with those she is close with, easily making her weakness fall with others.

Bio:
Ryben has always had a strong vendetta against the First Order. She grew up on a farm on Lothal, peacefully living with her mother and father. They lived relatively well for being farmers until the First Order began adding taxes and taking their food and whatever else they could do to make things worse. Ryben's father, Kniem, had gathered some of the other farmers and formed a small rebellion of their own after his good friend's farm had been destroyed. Together they stopped some First Order shipments of the farmer's goods that they had stolen, prevented the imprisonment of several families, and even helped out the growing Resistance by smuggling goods and giving out information.

Of course, this didn't end well. The stormtroopers managed to find out who the leaders of the group were and began rounding them up and destroying their farms one by one. Ryben's mother had sent her beloved daughter away just as their farm was going up in flames. Kniem and his wife were both murdered as Ryben watched from afar before fleeing the scene, never to set foot on her family's farm again.

Ryben managed to thrive on her own. She resorted to trying to get off of Lothal any way possible, eventually resorting to teaching herself how to fly. It turned out she had a natural aptitude for the skill and quickly caught on, soon proving herself to be a capable pilot. By the time she was twenty, she found love. Vance Blackmoor, an esteemed pilot and great member of the Resistance, was her love in life. Unfortunately, soon after finally joining the Resistance and being proposed, Ryben's fiancee had been captured by the First Order. Soon after that he was beaten to death while imprisoned. After seeing everyone that has suffered, Ryben is bent on destroying the First Order any way she can. She fought her way to higher ranks in the Resistance, eventually becoming a captain. Seeing the fire in her belly and the loyalty to the Resistance deeply rooted in her heart, it was decided that she should be the one to take the helm of the Bantha Squadron.

It wasn't easy at first. Ryben knew the risks she would have to take, which she was ultimately fine with, but it was finding the right troops for the job that would prove tricky. The young pilot carefully sorted through files and observed soldiers for days on end before finally coming up with her suggestions on who she should take with her on this dangerous mission. Now is a question of how much she truly trusts these people with her life and the fate of the Resistance.... 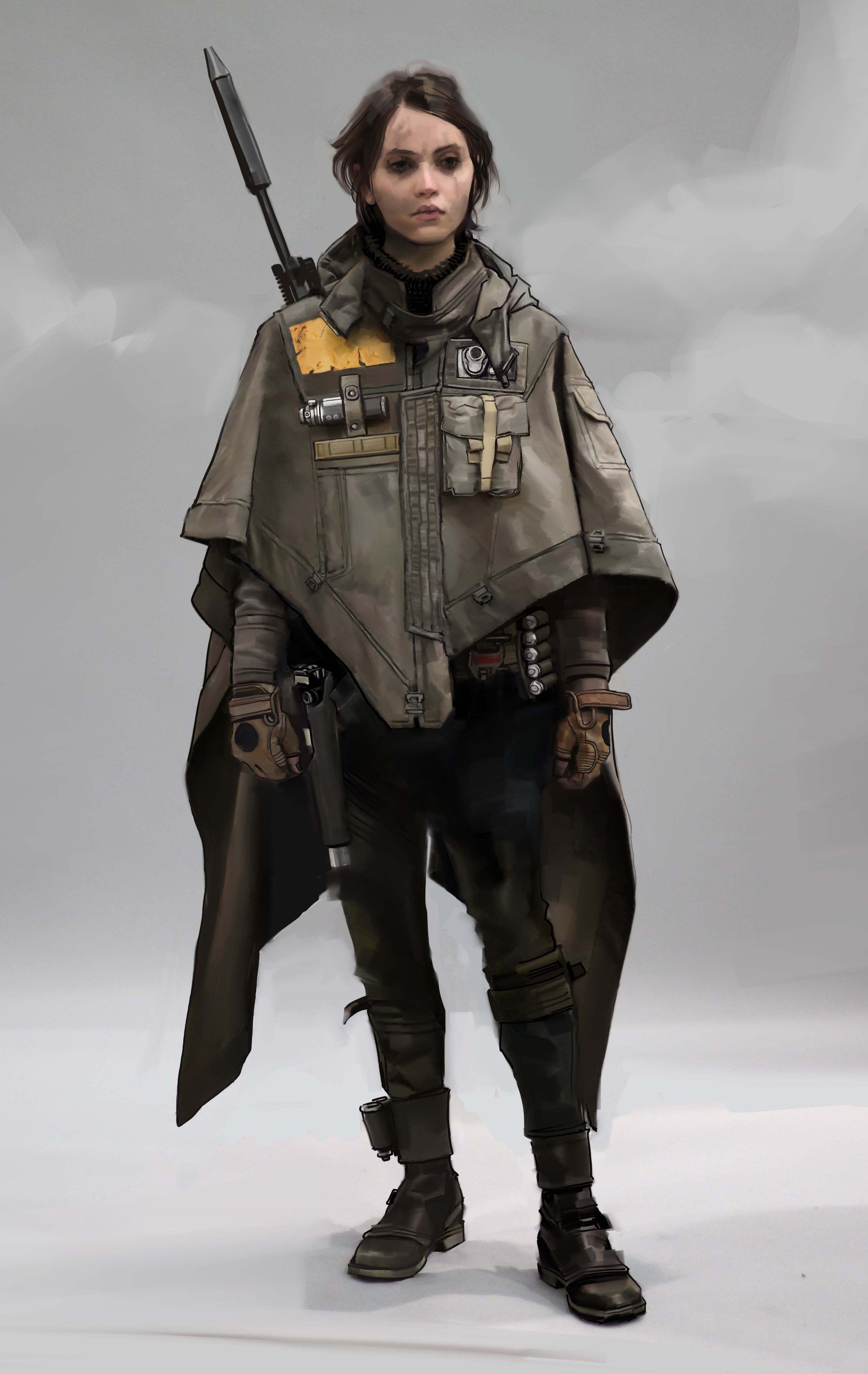 Oh you know who I gotta bring. I've been wanting a Star wars rp myself.
Top

Lol, I can always count on you to join a Star Wars rp! I started reading through our old roleplays and really wanted to start a new adventure; I figured it was about time.

Yeah, I would start one myself but I'm not good at driving a story. I can come up with an idea but I'm never able to add the detail. I havent leveled up that far in RP yet.

And do you remember the one where Ryben and Cal's child was stolen, we never got past the kidnapping did we? That one could've been interesting.
Top

Yeah, I was thinking about that one while I was looking through the roleplays lol. It really was interesting, I wish that one had continued.
To quote Hamlet Act III, Scene iii, Line 87..."no."
Superhero Sandbox: Fusion
Art Thread: Don't Look Here!
Top

Maybe, if this one takes off. We could talk some people into it.
Top

We'll see! I've got some plans on what to do that should last a while, we'll see where it goes I suppose lol
To quote Hamlet Act III, Scene iii, Line 87..."no."
Superhero Sandbox: Fusion
Art Thread: Don't Look Here!
Top

Awesome. I can't wait for it to start.
Top
Post Reply
93 posts