RP here if you don't want to worry about guidelines or length. (4 sentences or less per post, on average.)
Forum rules
Post Reply
1 post • Page 1 of 1

So I wanted to make an RP based off a game I have played for a long time. The game is called Star Stable Online and it's about horses! So any horse lover is welcomed even if you haven't played the game. Anyway, I don't have a plot for this; the plot will be developed by the RPers in the RP. If you have any more questions about the game or about the RP, feel free to either leave a reply or PM me! SO, here is the map of Jorvik (don't mind the yellow exclamation mark there lol): 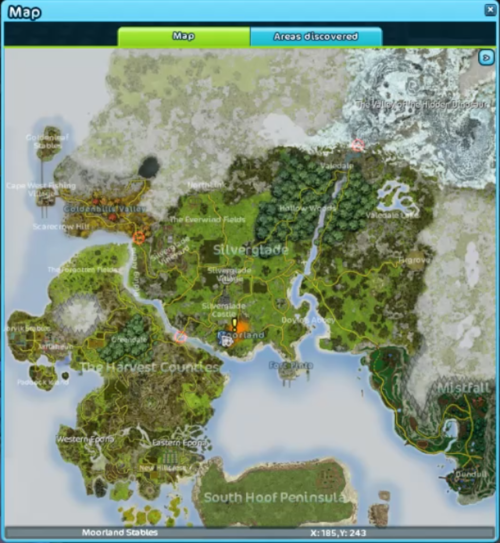 #1: Follow all RPF rules, obviously.
#2: You can have at least two riders and you can have as many horses as you want. It doesn't matter what breed of horse it is even if it's not in the game.
#3: Even if you already started the RP and want to make another character or horse, you can just reply below with another form and I will accept it if everything's fine!
#4: If you play the game, you don't have to put your player name if you don't want. You can just make up a random name or random horse name, I don't really care.

#5: Since this is in the casual RP section, I don't care how many sentences you write. Just try your best in having good grammar and punctuation! It doesn't have to be perfect!

My Forms:
Name:Lizbeth Shyfield
Gender:Female
Age:19
Personality:Lizbeth is very antisocial, is always avoiding human interaction. She only cares about animals and mostly horses. She likes to talk to her horses a lot, she just got used to doing it. Although she is antisocial, if someone tries really hard to become her friend, she eventually opens up and she can be very funny and friendly. Lizbeth is also extremely stubborn. Lizbeth also always puts her horses' needs first than her needs. Always.
Appearance:Lizbeth has bright green eyes with a light tan skin tone. Her hair reaches mid-back, it's light brown and a little wavy. She usually has it up and a really messy and low ponytail so it's not in her eyes when she rides. She is 5'7 and weighs 115 which makes her very slim. Most of the time, she wears a t-shirt and jeans unless she is going to a horse-show then she wears the usual show coat and breeches.
Riding Discipline: She mostly rides English and specializes in Show-Jumping. At times she also rides Western and likes to barrel-race.
Horse(s):Bluebird (main horse), Bloodlady, and Trailhunter.
Family/Friendships/Relationships:None. (Open, PM me).
Extra:N/A

Name:Bluebird or just Blu
Gender:Gelding
Breed:Trakehner
Age:8
Personality:Bluebird is a very calm gelding. He follows instructions very well, as long as it's Lizbeth riding him. He usually likes to pretend he's some crazy stallion when someone else is riding him, but he's just playing around and never wants to hurt anyone. Bluebird loves to jump and always tries his best when he's at show-jumping shows. He can be lazy at times and have his off days when he just doesn't want to jump or do anything. He loves to hang around with the mares whenever he's been turned out into the paddock to graze. Bluebird is a very needy gelding and always wants Lizbeth's attention. He also absolutely hates the Western tack. He doesn't like how big and heavy the Western saddle is and how there is (usually) no noseband on the bridle. Bluebird prefers the lighter English saddle and to have the noseband on the bridle instead.
Appearance:

Bluebird weighs 1200lbs and is 16.9 hands, very close to 17 hands.
Riding Discipline:English, he only likes to do show-jumping.
Family/Friendships/Relationships:Friends are Bloodlady and Trailhunter.
Extra: N/A

Name:Bloodlady or just Lady
Gender:Mare
Breed:Mustang
Age:6
Personality:Nobody ever likes to ride Bloodlady because if you do one wrong move on her, she will go crazy and you always end up on the ground. Lizbeth took a few years to finally understand her. She hates when she is told what to do when someone is riding her. How do you control her then? You don't. Lady competes in barrel-racing and she is the one who likes to be in control. She knows what she is supposed to do, gallop as fast as she can and do a few turns around barrels without knocking them over. Lady likes to graze alone or with at least one other horse next to her. If there are too many horses, she starts to nip at them to leave.
Appearance: 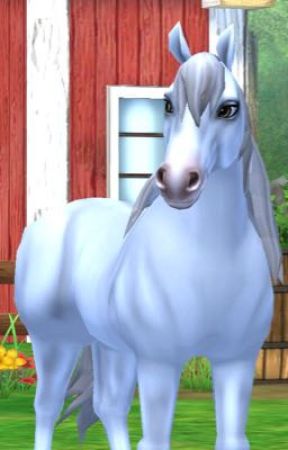 Name:Trailhunter or just Hunter
Gender:Gelding
Breed:Clydesdale
Age:12
Personality:Trailhunter is a lot like Bluebird. He is very calm and likes to follow instructions. Hunter was a rescue horse, he was abused by someone who would beat him with a stick on his jaw which is why his jaw is permanatley dislocated. It makes it a little harder to eat certain things and the harsh bits are really uncomfortable on him. Lizbeth doesn't want to make him compete because of his dislocated jaw, so she lets him eat all he wants and just takes him out on trail rides which makes Hunter her trail-ride horse. Hunter is very loving and everyone falls in love with him because of how adorable and caring he is.
Appearance:

You may submit your form and if I see there are many people interested, I will make an RP thread. Thanks for joining!
Top
Post Reply
1 post • Page 1 of 1