A place for those who dabble in paint. Or, you know, pixels. Because they matter too.
Forum rules
Post Reply
260 posts

You're not wrong lmao

Here's two things I put together for some classwork.

I just finished this today for my drawing class. It's one of two pieces we had to do, the other being your basic study of a few objects. This one was supposed to be expressionism or whatever, he really didn't give us many criteria for the sake of allowing our creativity to shine. I initially wanted this to have "naked deer man" be treading on a river of galaxy stuff (similar to the Taken goo from Destiny), but I don't have the tools to pull it off. I feel like this works too, I'm quite fond of it. I still wish I could have done the other thing. Still, I'm proud of my baby lmao. I covered his deer meat just in case lol, sorry about that. I used an in-class statue as a reference and saw it better off as nude rather than clothed.

This was some extra credit we got to do for my art history class, so I tried not to spend too much time with it. We had to recreate artwork we did our research papers on, but it had to be based on our majors (i.e. I'm a video game arts major, so I did a conceptual cutscene-type thing). Mine was the temple of the Egyptian queen Hatshepsut. Everyone loved it and I got some great feedback! My professor gave me a few tips for next time and said she'd like to see my work in the future.

Man, I love being an artist. It can be tough as balls, but seeing the strides you make from years, even days ago, is something so satisfying. I can't wait to see what else I learn!
To quote Hamlet Act III, Scene iii, Line 87..."no."
Superhero Sandbox: Fusion
Art Thread: Don't Look Here!
Top

A little practice sketch of my D&D character, Amity Dvorjak

Y'all ever had one of those nights where you're SUPER inspired to draw and better yourself as an artist after reading a motivating book by Neil Gaiman, but that inspiration strikes at precisely 1:36 a.m. and you have no choice but to satisfy that thirst until 2:45 a.m.? And because it's so early in the morning and you can't find your tablet pen, you resort to somewhat shoddy traditional pieces?

Yeah, me too. Good thing it's still winter break. I wanted to test out an anatomy pose on my last D&D character. I highly recommend reading that book I was talking about, "Art matters because your imagination can change the world" by Neil Gaiman, if you're in a bit of an artistic slump and need a little encouragement! Great stuff to get you back on track and trying.

Yo, this is cool af my Geck fam.
yamperZZZ...
Top

It's crazy to see that I have 245 posts on this thread lol. I haven't posted on here in a while, but I also haven't really drawn all that much. It's hard to do when most of your classes are anything but sketching.... Curse you 3D art classes. At least I'm learning about Photoshop some more, I guess. I have a really cool video game class too! Great stuff.

Anyways, enough about my life and more about my work lmao. Some of the stuff I'll be posting here is a couple months or weeks old.

The difference 15 minutes can make.

I was trying to do studies to get better with torsos and figured that I should look at the references longer than just doing 30 second sketches. I think the difference is quite remarkable; I learned a lot more from it.

Just some other anatomy sketches, trying out some backs.

I've been doing some worldbuilding in my spare time for some D&D one-shots and ended up drawing a better map than the one I originally conjured up. This one's unmarked and kind of dumb, but I'm still proud of it. If you can't see why it's dumb, it's because the river is technically flowing southeast to northwest rather than north to south. I think the Nile river does that, but it's still pretty rare.

I'd drawn Mirrored Spider before for the whole Spidersona challenge thing, and because I just finished the Spider-Man game on PS4, I felt compelled to try out doing a full-body sketch lol. First Spider-Man pose I've done since I was in middle school.... I was so much more confident about making mistakes then. I just get frustrated now. Funny how things change.

This is basically a cartoonified version of a superhero me. Before all of this COVID-19 stuff hit, I was in a D&D campaign about superheroes, and my hero was (uncreatively) Sentinel. Sentinel had the ability to form shields exactly like the Sentinel Titan in Destiny 2. Ironically, the name for her was from something completely different. I forgot that the Titan sub-class was called that lmao.

I had a lot of trouble coming up with an appearance for her, but I eventually realized it's because I saw myself as the character more than anything. When we were taking out bad guys and saving people and making the dumb mistakes I made (MOSTLY because of bad rolls. I roll a lot of nat 1's

), it felt like it was literally just me. Which might sound dumb, but it makes sense to me. I think we usually project part of ourselves into our characters or become someone we want to be. It felt special to have someone that was just plain old me. Well, with superpowers. But you get the gist.

I was doodling in my sketchbook a couple days ago and ended up with my favorite Amity sketch to date. This one captures who she is more than my previous ones, I think. My favorite little tiefling cleric :D

I don't think I've posted a Bray sketch yet. She's my newest D&D character in use, a Goliath barbarian. If you watch Critical Role, she's a blend between Grog and Yasha with some of my own stuff mixed in. One of my favorite things about her is the little stuffed bear she protects with her life named Basher. If anyone so much as looks at him the wrong way, she's not gonna be too happy.

I think that's it for now. It's really not enough for 4 months, I should be doing this more often then I am. Haven't quite found the energy to, I guess.
To quote Hamlet Act III, Scene iii, Line 87..."no."
Superhero Sandbox: Fusion
Art Thread: Don't Look Here!
Top

I really like Fortnite, I think people are on some kind of ridiculous bandwagon for hating it. The community is toxic and it's far from the best game, but the devs actively try to make the game better and are constantly updating, so.... Anyways, I love playing it with my friends and boyfriend, and because I've just got Photoshop and happened to make a sketch I really like, I figured I'd give it a third test run lol. I love the coloring Photoshop does, but I'm not quite used to drawing on a tablet like I used to be lol (it's a Kenting, if y'all are curious).

Catalyst is my favorite skin and happens to have a match that my boyfriend occasionally wears with me, Drift.

Also sorry for the quality. I post on another art website that can't handle quality sometimes, which is stupid. But I copied the link from there and yeeted it on; I'm stupid and forgot to save it elsewhere for better quality. Ah well!
To quote Hamlet Act III, Scene iii, Line 87..."no."
Superhero Sandbox: Fusion
Art Thread: Don't Look Here!
Top 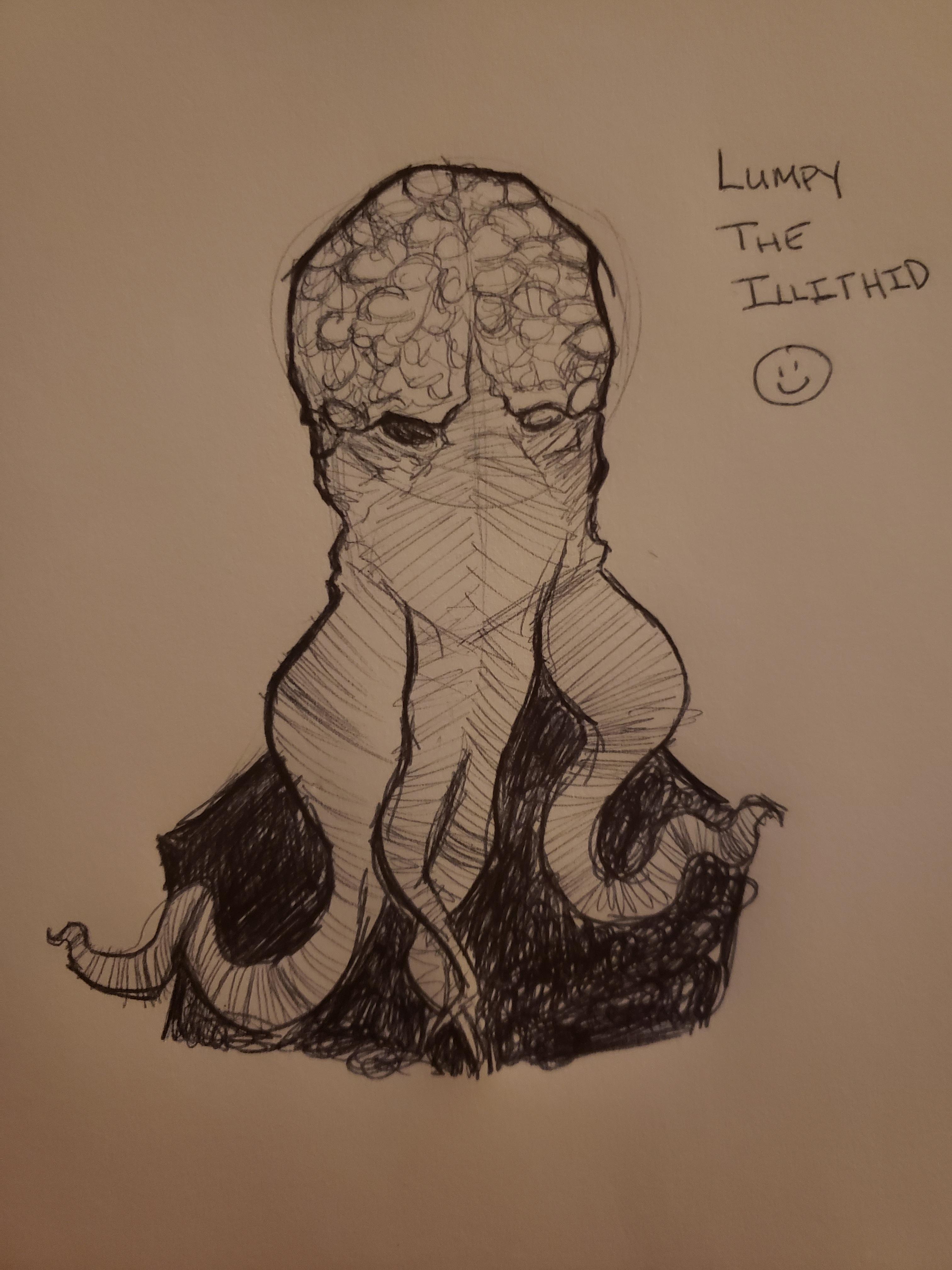