Constance noticed the smell of alcohol but didn't say anything. It seemed to be this Jedi's coping device and with his brother injured, he probably would be drunk until he was out of the Tank. She looked at Necre and frowned.

"Understood, Constance.", came the deep and calm voice of the ship's AI.
I'm usually most active on Tuesdays and Wednesdays. Minimally actives the rest of the week but I can find a way if RPs are going very well and I need to be around. Addicted to RPing and RP almost anything. ALMOST! There are limits.

Saros smiled slightly and shook his head. "This should be fun... an ex-jedi working with a bunch of Sith... I guess I was never really a good fit in with the Light anyway." He slipped his black hood on and rubbed the back of his neck.
He was going to have a good hang over tomorrow and he knew he was planning on making it as bad as possible.
Top

Constance nodded and moved after the HK Droid. The ship had landed easily.

"Ready when you guys are.", she said calmly, a soft beep coming from the bracelet on her wrist now.
I'm usually most active on Tuesdays and Wednesdays. Minimally actives the rest of the week but I can find a way if RPs are going very well and I need to be around. Addicted to RPing and RP almost anything. ALMOST! There are limits.

Necre put up his hood and followed Constance outside of the ship. He gazed around at the area they were now in. It appeared to be an abandoned loading dock. It was surprisingly clean for a place that looked abandoned. Once he had finished looking around, he glanced at his comlink and saw the time. " There is some time before my meeting. I can either go with you for now or arrive there early. I will leave the decision to you." He said to Constance.
Top

Constance turned and looked at him a moment. 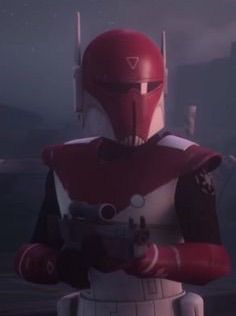 I'm usually most active on Tuesdays and Wednesdays. Minimally actives the rest of the week but I can find a way if RPs are going very well and I need to be around. Addicted to RPing and RP almost anything. ALMOST! There are limits.

Necre considered the offer from Constance for a moment before responding. "It's not necessary but it couldn't hurt. I'll head there now and give you the address. Should you finish your task before I am done, you are welcome to attend the meeting." He said. He sent a message with the address to Constance and walked away towards the exit. Once he got outside he looked at his datapad's map to find where he was. After he finished that, he began making his way towards the city where the meeting would be held. At his current pace it seemed that he would arrive at the meeting place early.
Top

Constance tilted her head to the side a bit and then nodded.

Once she, Saros and Necre were out of the Loading Dock, the lights inside turned from white to purple, indicating that the Security Protocols has gone to their highest level.
I'm usually most active on Tuesdays and Wednesdays. Minimally actives the rest of the week but I can find a way if RPs are going very well and I need to be around. Addicted to RPing and RP almost anything. ALMOST! There are limits.

Necre soon arrived at the building that the meeting was taking place and entered. There were a few guards at the entrance, mainly consisting of a mix of mandolorians and Sith. Necre knew that any sith that was here was either an apprentice or a follower of someone else. As he walked through the building he only encountered a few more guards. It wasn't surprising due to the secrecy of this meeting after all. Every Sith, including himself had enemy's and rivals amongst other Sith. Necre's line of thought ended as he reached the door the the meeting room. He immediately pushed open the door and entered the room right as it became time for the meeting to start.
Top

Saros walked beside her with his hood over his head. He kept looking her up and down with a smile on his lips.
"Well I didn't expect this... I'm starting to wonder how much of your mind Diemos read into..."
He glanced over his shoulder as they walked.
"I've never seen him take a shine to a woman before... well before you came along."
Top

Constance kept walking forward, her eyes in front of them and watching their path. The HK Droid was doing a good job at scanning their surroundings but she always relied on her own instincts. For a moment, she wondered if she was getting soft during her time with Arlandra. She smirked at the Jedi’s words.

Constance sighed softly as she remembered the “training” she, Decimia and a few others had been given under Sunder to learn to shield themselves from being mind probed. It was more than intense, it was painful and torturous. May nose and ear bleeds, many splitting migraine type headaches, many nights passed out, many days feeling like they were dealing with severe head trauma. But in the end, the rewards justified the means. They could all hide in plain sight if needed and it was nearly impossible to probe into their minds if they didn’t will it. If Sunder knew one of the Jedi had been able to get into Constance and Decimia’s minds, their training would start all over again. Neither wanted that, so they remained silent.
I'm usually most active on Tuesdays and Wednesdays. Minimally actives the rest of the week but I can find a way if RPs are going very well and I need to be around. Addicted to RPing and RP almost anything. ALMOST! There are limits.