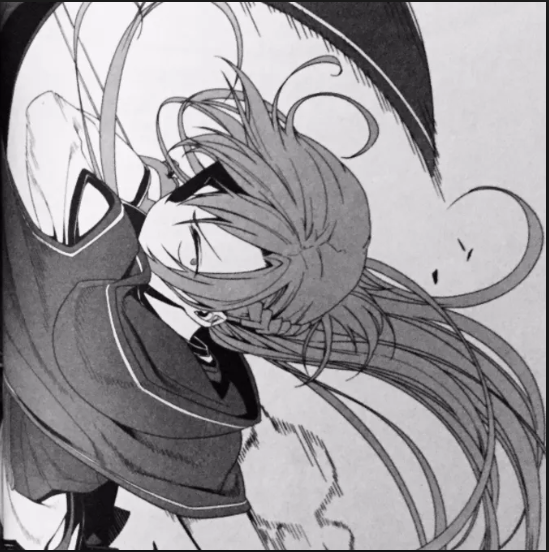 That's pretty good. But why are there two CS threads?
Top

Swag Cat wrote:That's pretty good. But why are there two CS threads?

Would you prefer if I post it in the other chat?

Swag Cat wrote:That's pretty good. But why are there two CS threads?

Would you prefer if I post it in the other chat?

No, I am just confused. Because I am making my cs there and you made your cs here. May be, it is up to the owner to decide
Top

It's really well done. I'd like to ask ya to put it here, so all our cs's are in one place.

Additional questions I have:

2. Do you want me to incorporate them into the story or do you want to have full freedom to use them how you want to? I only ask because I can use them to generate conflict and for story purposes. Or I can leave the entire group to you so you can use them as you see fit. This is more a question of initiative imo, more than anything.

3. Do you need me to expand the world and add a more westward region. Or are you fine having your character migrate to this coastline?
Top

We are dropping our CS here right

Yes, thanks for posting it there. :3
Top

Race History: The Dunes are one of the oldest races in the world. In the beginning when deities still walked the world and magic and the mist of creation where in use everywhere , two deities. Anu and Raru, brother and sister where each given a chance to create using the mist. Anu decided to make a human like race that could control the mist of creation. But the mist being a powerful force, it would disintegrate the bodies of mortals if used. So he decided to shape their hearts from gemstones that could hold the mist. And a powerful race was born, the Dunes. With Dune hearts they were a proud powerful people that could control the mist , a force that could rival any form of magic. They became conquerors and built a powerful city among other races. Raru too attempted at creation but she was not successful. Has was a horrid ugly looking race that was filled up with dark mist as a life force. Lizard scaly looking creatures, imps with long fore arms and dwarf legs thus could hardly stand on two limbs. Vicious looking and low of wit, Raru was a failure. Filled with jealous so great she could not name her creation, she inflicted them with a terrible curse of hunger and a great power to multiply and grow. She cursed them to hunger for the Dune hearts and to only feed on her brother's creation for survival. As the Dunes prospered, the nameless grew in number by the thousands and hunted the Dunes for decades till only under a thousand Dunes where left. The Dunes ran and abandoned their city which humans took over immediately. They looked for help but no race wanted to interfere with a plague that would possibly turn to them. Until they found an island of a tribe that practiced magic. To protect their future the Dunes had to intermarry and become one with this tribe. Using mist and magic they hid their island from the nameless and the rest of the world. The children born from that day only have specs of gemstones in their hearts allowing them to control the mist mildly.

Niyo was born to Tayal of house Rhe the first house of the 26 houses of the Dunes. His father is king of the 13th generation of the new Dunes. But Niyo was born different to everyone's fear. He was born with a full Dune gemstone like the Dunes of the old. His birth left his mother very sick for life. The people feared the boy would lead the Nameless back to them and end them. But that was not the only thing upon the boy. His body attracted a large amount of mist and it put his life force in jeopardy and he would not survive the year after his birth with all the mist coursing through him. To save him, his father the King sent out his best mist warriors into the world to find away of curing his son. They discovered that humans had learnt to make weapons that would allow them to tap into the mist Along side magic. The most famous was a treasure in the volts of a great kingdom. A blade made into a sword and ending in a spear sewn with a rare gemstone and could harness the mist. By the Dune king's orders the weapon was stolen revealing the existence of The Dunes back into the world. A crime the humans would never forgive and would hunt down The home of the Dunes and Destroy it
With the weapon in the king's possession and the knowledge that had been gathered, the weapon was bonded to the boy and made part of him and his mist. With his life force tethered to the weapon, the boy lived. Mortal he was but he could not be killed by the mist. Not everyone on Dune island was happy with the king's decision but he was the king

Niyo grew up to be different from everyone else. Looked at as a dangerous creature and alone. He was the only child and he grew up seeing his mother suffer the strange disease his birth had brought her. It broke him and he grew up hating himself and feeling guilty. He has temper issues but he is kind compassionate generous and Erratic.

He was taught how to use the mist on a low level, how to summon his weapon from the mist and how to fight with it. Spells were put on the weapon to hide it from the human world and he named it Arcus.

He grew up plagued with nightmares of darkness swallowing him and his people whole with only a whisper telling him "Come" the people thought it a sign of the nameless coming but nothing was clear.

The Dunes are a cultured people creation tradition from the humans and the Dunes before marriage.
They grow their crops and rare creatures for food. They have a deposit of sapphire gemstones created many centuries ago by mist and magic and they trade it on the sea to sea merchants to get what they need.
Everything has a profession but everyone is well trained in fighting with the spear, their preferred weapon. They burn their dead with fire and their hearts with Mist.


The mist : The mist is like Magic but a force of its own. It manifests itself in form of a smoke that can take on different colors from white, blue, red, green, purple and black. On a low scale it can be used to create illusions, telekinesis, grant strength and speed, enhance senses, create light, create fire and hide things by turning them into the mist. On a large scale it's a creation force. The Dunes were masters at using it. When it is fused into a human body , it burns it to disintegration thus only gemstones are used . Not everyone in the new Dune can control the mist because of the intermarriage.

Family lineage: There are 26 houses in the Dunes and each house has many families and a house leader. The Rhe house is the leading house with Tayal the king, and Niyo the prince. They have a council of 26 elders.
Top
Post Reply
61 posts