Nothing you said ties into white privileged anymore honestly. You brought all these point up without ever tying it to the topic at hand. You also outright ignores my point until I have to repeatedly point it out.

I respected your standpoint. I expected you to do the same with mine, and others.
Too busy for the Inn sorry

I think a common mistake is associating one's plight with another.

I am mixed race myself. Never fit in anywhere. I'm only "one of them" when it's convenient. Yeah, I'm white... until a white girl worries in the back of their mind of popping out a marachi band from their womb, or the brown dudes see me as "not quite knowing their struggle". It's very alienating. But it also makes things apparent.

White privilege is not spectacular, it's just a factoid like anything else. White people can experience poverty, pain, injustice, but there is that element of they aren't racially profiled, police don't systematically target them, they can and often do say a lot of crazy shit no Arab or any dark skinned looking dude could get away with saying.

Privilege is not linear. It flunctuates A LOT, it can change on a whim, but it is there. A white person could indeed have it way worse than someone of color, or of different gender, whatever. Often do. But systematically we must approach this as ok, this exists. We know it exists.

To give an example, whenever I apply for a job I really have to ask myself if I wanna classify myself as Hispanic. Will it hurt my odds? I don't trust the postmodern liberal system to give me a pat on the back just for being brown, especially when I don't look the part, and furthermore it can come off as eye rolling. "This guy is Mexican...OKAY SURE" Will I just come off as a white guy trying to earn oppression points? Or worse will they see me as some gang banging Latin guy?

The thing about it is noone wants to admit privilege isn't about being of higher class and status, and getting breaks others don't, it's just another means of alienation. There's thin privilege, white privilege, minority privilege, male privilige, female privilege. All at different conjunctures of life, and these contradictions are used against us from every front.

And let's say you are extremely privileged. Square jawed, tall, handsome, white dude, rich family... well that's very comforting but also a lot of weight on one's shoulders. If you don't succeed, it feels like something is wrong with you personally. You shouldn't have to endure that kinda responsibility, no one should. Your happiness should not be determined by what chaste you were born into, and in some ways it is. I got a friend with immense physical problems, he deals with A LOT of shit... and at the end of the day he still has to hear "oh you're a white male!" yeah... he knows... he knows he can walk down an ally and no woman is gonna clutch their purse extra tightly, or lock their car door, but his life is hardly easy. All the same, he acknowledges these facts.
Top

White people don't have privilege one time a nice exotic lady got served in a restaurant before me. Just because she was able to order first doesn't mean they should take affirmative lunch action
Top

Did you lunch her in the backyard?
“sorry i cant hear you over the sound of me running headfirst into a concrete wall” - Shaw

“I had a chungus tea once. It was a chunky boi. I chucked my change at Charles who chucked up chunks of chungus chai.” - Ser
Top

Ironically despite my distrust of white people which makes alt-righters think I'm some kinda of soft-left soyboy... I admit to holding prejudice views. Not necessarily racist ones, but that "hmmm I see very notable differences in attitude/cultures pertaining to ethnics, class, and religions... is this entirely societal or partially genetic?"

For example if I have a white boss I'm rolling my eyes thinking oh God, this guy has a spurt up his ass, everything must be a big deal to him, and he's always striving to be the best like no one ever was. This is gonna be unbearable. Black or Mexican boss? Probably someone who barely knows what he's doing and asserts hyper masculinity and just bullies his employees, but easy enough to kissup too or just lie too. Technically I view the white person far more negatively, but I don't think any black/Hispanic person be happy with I just see them as someone I gotta jingle some keys In front of to get off my back. No one wants to be viewed negatively but guess what? We all have these traits. I just started concluding some do more than others because well, I've experienced it. Time and time again. Especially in dating and online.

This really doesn't have to do with white privilege persay, but I guess it could as my view of white people might stem from a lifetime of seeing whites as upper middle-class and therefore their needs and how they were raised were different. Gotta make the grade, gotta make the good portfolio, gotta make that profit goal... this mentality makes them competitive and cut-throat where there's no need to be, and in relation to me a huge pain In my ass. I'm not even jealous of that supposed privilege, I sure as hell wouldn't want that responsibility and pressure. No wonder opiods are such an epidemic lol.

I think a lot of neo-liberals problem too is they cannot imagine the bad side to the privileged's life. They cannot put themselves in the shoes of someone whose always had to over achieve and is constantly under an inferiority/superiority complex and how every failure is an existential crisis. That sounds like hell. It's a lot easier for me to let shit go and "forgive" people if I know they're miserable. That's why I don't hold it against my employers even though they're jackasses. Because I see the chaos firsthand, I see all the liabilities and work they gotta do, so I don't call that privilege. Their suffering is certainly DIFFERENT from mine, and materialistically I'm sure their lives are far more comfortable. But on the real? If both of us were homeless, only one of us would kill themselves and sink into a deep-self loathing depression, and it wouldn't be me. Because I was never forced to associate myself with success or proving myself useful to those around me. (not that my parents didn't try mind you lol)

And to that extent I can't even judge whites from say America or Canada the same way I would a white person from Germany or the UK. Same with other races, there's "black people" aka Americans with dark skin, and than there's Ugandan Knuckles LOL
Top 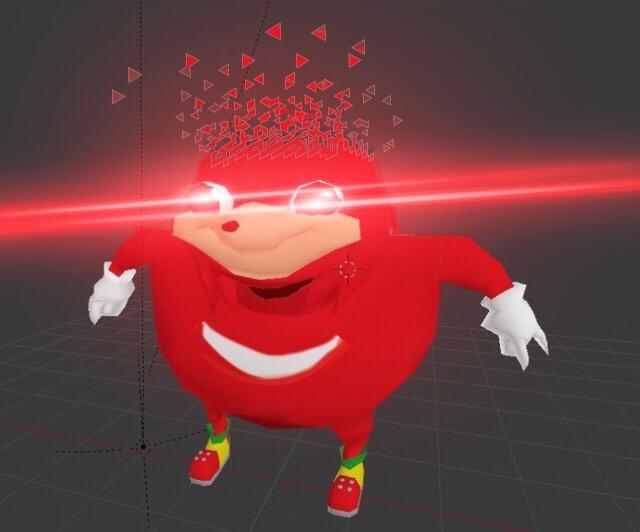 listen, i don't give a crap if you're racist or not. that's whatever. but if you try to pass off your protojungian socialized schpiel as some kind of scientific fact, then we're going to have a problem. yeah, if you're well-off, you've got problems too. but you know what? it's their own damn fault for letting "social norms" stick a stick up their ass and swing them around like some kind of brainless meat puppet. i've got no sympathy for whiners whose only real troubles are letting bigger cats trample all over them, and buying dollar store enemas because their high end italian curry was too spicy for their privileged assholes.

rick out, bitch
fuck off
Top

That's the whole reason I named myself The Alt-Rick. As I was writing Rick&Morty fanfics sympathizing with subjects such as mgtow, third position socialism, ancaps, etc It felt more sincere than just being AN edgelord... anyone can be a right-winger, but it takes a Rick to be a self aware satire of that political sphere. Hell I even warned before my fics "If Dan Harmon read these, he would HATE ME and screech autisticlly very very loudly... but hopefully he'd enjoy the writing."

In fact it is my hope The Alt-Rick becomes a canon character. Something to equally challenge Rick's liberal nihilism with conservative nihilism. The end goal is different but semantics the same. The world sucks, nothing is important, but where as C137 Rick tries to find meaning in hedonism, his family, and other internalizing fables that sound like something out of a self-help novel... The Alt-Rick sees a tilted portrait on the wall and keeps trying to adjust it to fit his perception of the world. In every way reactionary, but not necessarily wrong. Because as long as you have an externality be it a globalized, faceless enemy, or some sort of passionate end-goal of perfectionism, you'll always have an existential purpose.

https://www.youtube.com/watch?v=tXH1CwxT6nY
Than they should fight like a direct re-animation of Alucard vs Alexander Anderson and Roiland comments Alt-Rick is the Dragonball GT of Rick&Morty lore and STILL BETTER than season 5/Super.

Which I'm sure Reddit will despise and just call it Jordan Peterson vs Bill Nye that would look precisely like:
https://www.youtube.com/watch?v=8yis7GzlXNM
Clean your room bucko.

Return to “Ethics and Debate”