“...Just a simple ‘Hello, my name is such and such’ should do the trick.” Dean finished up his lecture to Sabatha as the portal closed behind them. “Is that a bean bag chair!” He dived into the chair, completely slouched and relaxed in the lumpy mass. “I see you like the kid, eh? His name is Gunnar. He walked up to me outta nowhere. Couldn't shake ‘em off so i let him tag along. He has so much promise in him!”

Dean could see Gunnar was going to have a bright future ahead of him; or would it be dark? Delightfully dark! That would be a better way to describe it. Dean thought about taking on Gunnar as his protegé, when their scheme was over, that is. Maybe passing on his business to him when he got bored or retired someday. He already fit the qualifications perfectly; a mischievous nature and a bowler hat.

A loud, booming voice came from the front door. The voice sounded familiar but he couldn't quite make it out. Nonetheless, he jolted out of the chair and quickly walked over to Gunnar. Dean knocked on Gunnar's bowler hat a few times. The hat started to squeal and, in an effort to protect the kid, morph. It took the form of a vase? Dean knew his charms and items were weird, and that was to be expected in his occupation, but sometimes they got a little too weird for him.

The “vase” had a long, wide bottom with a somewhat narrow neck and a wide mouth. The texture of it still kept that of a hat. Dean peered through the opening of the vase. Surprisingly, it was much bigger on the inside than it appeared to look on the outside. “Alright Gunnar. Sit tight in here for a minute. I think there's a “questionably intimidating” person outside, and Sabby wants me to keep you hidden” Dean sounded a bit confused. He didn't know what Sabatha was scared so scared about or what the threat was. Landlord, perhaps. “Do landlords exist in the ring?” He thought.

Dean went over to his suitcase and retrieved the invisibility cloak he used earlier. He threw it over Dornal. He pushed Dornal into the corner where the bean bag chair was. To the average observer, he looked like a mime trying to move an invisible box.

Dennis’ focus on the man was broken by the commotion going on upstairs. He jumped out of his seat and rushed upstairs to see what was going on. “Azreal!” Dennis said while going over to him. He was staggering to get up from the floor. “Are you ok? Who-” Dennis slowly turned his head to look through the open doorway they were in front of.

The figure looked contorted. Something was very off about it, yet it looked familiar. It took him a minute of staring before releasing who the person was. “D-Dondra?” Dennis froze up like a statue, in disbelief at what was going on.
Top

After making sure Gunnar and Dornal were hidden and placing Wards around their hiding places, Sabatha took a deep breath. This was going to be nerve wracking, Lex was the Leader over the Ring of Fire and Satan's daughter! She knew Sabatha's tricks and would probably notice the Wards if Sabatha wasn't careful. She moved to the door and opened it. Standing on her porch was a very tall woman with alabaster skin, long flowing white hair and cold, black eyes. She was dressed in a long sheer dress with a black bikini underneath adorned with golden skulls. A long flowing black duster cape rested upon her shoulders. On her feet were thigh high, stiletto heels and she had crimson lipstick and eyeshadow. She was a vision of beauty to behold with a very shapely frame. She looked at Sabatha and her left eye twitched.

"I don't like being locked out, Beelzebub!", she said, her voice stern and hard.

"You said I could Ward my home. Especially after the last time, when you scared me and I nearly destroyed my Library.", Sabatha said, making sure to keep her voice neutral.

"So where are my Reports on the Clans within the City? You know I like to keep abreast of what is going on but only have limited mobility within the City Limits. I count on you for that information. Have you been out causing trouble again?", Lex asked, folding her arms over her chest.

"What have I told you about calling me that?!", Lex snapped.

Sabatha flinched, still bowed but her eyes widened a bit.

"I mean, Chaos --- I have been doing as you will and the reports are nearly ready, just getting what information I can on the City's Wardens is still a bit complicated. You know I have trouble with some of them.", Sabatha responded.

"Some of them? Or do you mean Dondra again?", Chaos chided.

Sabatha frowned. Chaos stepped into the Foyer, moving past Sabatha. She looked around at the place a moment before her eyes landed on Dean. She raised a well manicured eyebrow.

"Well, one of the Prodigal Sons has graced us with his presence. Hello, Dean. I didn't think you would ever set foot into the Ring of Fire's domain again after our last interaction.", she smirked.

Chaos looked back at her a moment.

"So my mandates mean nothing to you???", she asked, her voice sharp and a dangerous purr.

Dondra looked out the doorway to her bedroom at everyone standing there, a cold smile contorting over her face as black misty shadow started to surround her.

"Hello, puppets.", she said, her head twitching to the side as her body moved awkwardly towards the door.

Azreal raised his hand, a blinding light filling the doorway in front of Dondra. She growled loudly but backed away, a tendril of her mist hitting the light and hissing as it seemed to dissolve. Azreal continued trying to pull himself from the floor, his back aching just abit from the assault. Dondra grinned, her eyes glowing a bright crimson as she watched him through the light in the doorway.

She moved her arms, loud popping heard as they rose at her sides in a jerky fashion.

"Don't look at her!", Azreal said sternly to those in the hallway with him.

Xerxes wanted to look away but couldn't, his body felt frozen to the spot, his eyes unable to close or look away. Dondra smiled at him as a soft purr filled his mind's ear, his consciousness fading quickly to black. His eyes glazed over visibly as he stiffened, he moved towards the doorway, his body moving as his vacant eyes started at her. Azreal quickly turned his head towards Xerxes.

"She's taken control of him! Restrain him quickly!", he said.
I'm usually most active on Tuesdays and Wednesdays. Minimally actives the rest of the week but I can find a way if RPs are going very well and I need to be around. Addicted to RPing and RP almost anything. ALMOST! There are limits. 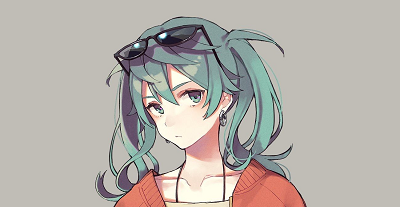 It had been some time, but Sheena finally started to wake up. She had no idea what happened, or what was going on. The last thing she remembered was talking to the agent about the band. And then... .... what happened? Did she pass out...? Her eyes glanced around the room a little. She definitely wasn't in the office anymore. She started to try to sit up, feeling weak and drained. She didn't even know how close to that she had been.

She sat up fully, glancing around the room a little. She realized she seemed to be alone, though someone seemed to be restrained. She stood up quickly, wobbling a bit as she felt extremely lightheaded. "Are.... are you alright...?" she started towards Alexus not knowing where she was, or that he was a criminal. She had no idea who he was, or where she was. Candelara had gone upstairs to see what was going on and see how she could help.

“You said to inform you if he was coming back for an extended period of time. He JUST got here! How can I come inform you of anything if he just showed up and you are at my door five seconds later?”, she asked quickly.

Chaos narrowed her eyes and then turned to look at Dean.

“So, Dean, what brings you back to the Ring of Fire’s domain? I thought you had had your fill of the heat. Or – as you stated – the Beaucratic bullshit.”, Chaos said with a grin, looking at him.

Alexus looked up at Sheena, seeing she was awake and moving. When she asked if he was okay, he looked at her and remember his “talk” with Azreal, a look of fear coming to his face.

“No. I don’t know where I am or what’s going on. Are you alright?? We have to get out of here before they come back but I’m restrained.”, he said quickly.

He wasn’t really lying. He was just using her kind heart to his best advantage. If he could get her to help him and they could get out of here, he could pick up where Dornal left off and turn her before anyone was the wiser.

Azreal moved between Xerxes and the doorway to Dondra’s room. His shield was meant to keep Abaddon in the room and prevent the Entity from escaping. But if Xerxes go into the room, one of two things could happen and Azreal wasn’t about to watch either happen. He reached out quickly and placed his hand on Xerxes’ chest. Xerxes reacted quickly, shifting his body in such a way that he sidestepped, his foot sweeping both of Azreal’s. Azreal avoided the move and grabbed Xerxes, turning him quickly and slamming him into the wall. Dondra’s voice laughed coldly in her room.

“Is that any way to treat a guest?”, she asked.
I'm usually most active on Tuesdays and Wednesdays. Minimally actives the rest of the week but I can find a way if RPs are going very well and I need to be around. Addicted to RPing and RP almost anything. ALMOST! There are limits.