Age: Not known for certain

Position: Head of the Roseburn family

The Roseburn family has been this way for as long as pretty much anyone can remember, but has always avoided getting in trouble, due to the fact that they were very careful with what they did. They were criminals, but they were of use to the Empire, and as such, they were not destroyed, however they have been watched with a keen eye by the empire. Under Ithlaen, the Roseburn family has grown in wealth, in power, in influence, and in sources of information and knowledge throughout not only the empire, but throughout multiple other countries as well.

Last edited by God Of The North on Sat Oct 28, 2017 9:41 pm, edited 1 time in total.
He who sits upon the throne of winter shall find no enemy able to burn fiercly enough to oppose him
Top

I'm actually impressed by the amount of character names you can remember.
Remember, when you go to war. If peace doesn't work carry the bigger stick.
Top

Let us see the skies, let us walk the earth, but we shall never say our goodbyes.
Avians,
The Avians are a race separated into sub-races, they aren't birds that have human features but rather the opposite. They're not the cute 'monster girls' you think they are, often times they have a limb corresponding to the type of bird they are. So a duck's leg instead of a human's leg, or talons instead of hands, sometimes a wing instead of an arm. It oftenly makes life difficult for them, but they are able to shapeshit into the bird they are. They may have different strengths but they all have the same weakness, water, it makes it harder to move for them and it makes them feel heavy when it's poured over them.
Eagles,
Eagles are oftenly leaders and warriors, their strengths lie in their organization, so if they're not in and commanding position they're in some sort of store or manifest keeper. They usually live to the highest standards.
Owls,
Owls are the brains, they usually delve themselves into reading and researching, they have outstanding hearing and so they don't go places that are loud often.
Waterfowl,
Waterfowl such as ducks & loons are traders, they have an inherent capability of direction and are very good at haggling.
Songbirds,
Songbirds are just everyday people, but they have a natural compassion for music, most of them can sing very well and learn instruments quickly. They can be found in many different jobs, but more oftenly then not they're in choirs and orchestras, or just a music oriented job. They also love crafting and making things.
Vultures/Scavengers,
Scavengers have the lowest living standards, usually thieves or spies, many of them do any job for the right price.
Go on hiatus? Again?
Top

I write stories and novels in my free time, so I've become good at managing multiple characters lol.
He who sits upon the throne of winter shall find no enemy able to burn fiercly enough to oppose him
Top

I do so too XD


Might be why I ahd to cut my first post when i did--- didn't want to make a huge chapter out of it XD
You feel like you know me? Don't be so sure, I decided what you know.
Top

Bio: Jayden was born and raised in the capital of the empire. His father was a simple human farmer, and his mother a sewer elf. He was raised in a home filled with love and acceptance.
Jayden grew up like many others in the city, but always felt out of place. Elves aged slower than him, and humans quicker. By the time his most loved play friends had either outgrown him, or hadn't grown with him he cried a lonely cry. However his mother was there to help him.

As Jayden reached the early teens his father had grown old and fragile, for some years Jayden took over the farm before his dad died due to old age. Jayden was crushed by the death of his father and cried for days on end. By the time he decided to come back he felt a new purpose in helping people in whatever way he could. He found out how strong and resilient he was, and decided to join the city guard, to protect his mom and his friends.

Appearance: Jayden stands two meters tall. He has strong and clear muscle lines due to both his years in the city guard, but also the years as a farmer. His hair is a golden brown color, and his eyes a dashing icy color. He wears simple cloth when not on duty, and wears the standard uniform when he's on duty- He has the sharp ears of the elves, but a face like a human.

Personality: Jayden is an extrovert who sees no greater joy in life than to help those in need. Unlike most elves he doesn't dislike the fabled Dark-kin, of whom he mustn't speak. He is new thinking and loving. Despite his outwards personality he is slow to love as he is afraid of getting hurt, or hurting due to his weirder aging.

Weakness:
Naive.
Has difficulty making the hard decisions in life.
Deeply attached to his mom.

Strength:
Brave.
Big physical strength.
Can use both bows and swords.
You feel like you know me? Don't be so sure, I decided what you know.
Top

Accepted. I am interested to know more, but I won't press on a larger bio.
On silent wings I fly, age, nor strength, nor wisdom defy me. For I consume all.
Top

Name: Sar Ignis
Age: 67
Gender: Female
Race: Avian, Golden Eagle (Scroll up a bit.)
Position: Silver Knights, 2nd Commander
Bio: Sar has grown up in the Empire, she had always been loyal to it and admired the troops of it. Her goal had always been to lead them, as their commander into battles but that goal had been far out of reach on the farm she had lived on. She hated the fields, eventually she got fed up enough that she fled it for the capital. At this time she was old enough to join the Knights and so she did, Sar excelled at leadership abilities and after training commanded her own squad. Throughout the years she has slowly advanced through the ranks, eventually landing in her current position.
Appearance:
Sar is a 5'6 avian, her legs are that of an eagle, talons included. Oddly enough her legs aren't pointed backwards, giving her an edge in the battlefield with her sharp talons. She has feathers that come from the base of her neck on her back down to the middle of her back. Sar has a muscular build, she wears leather armor like in the references below, it also has a hood to protect her sensitive eyes from the sun. She has a sword, red runes inscribed on it, some people believe she got it from a mage, others think the runes have no meaning, who knows? Her other weapon of choice is a ranged one, a recurve bow is kept strapped onto a quiver on her hip. Her casual attire is not without the sword but otherwise it is very plain, she wears close lower then she could buy, not being a very fancy person.
(Leather armor) 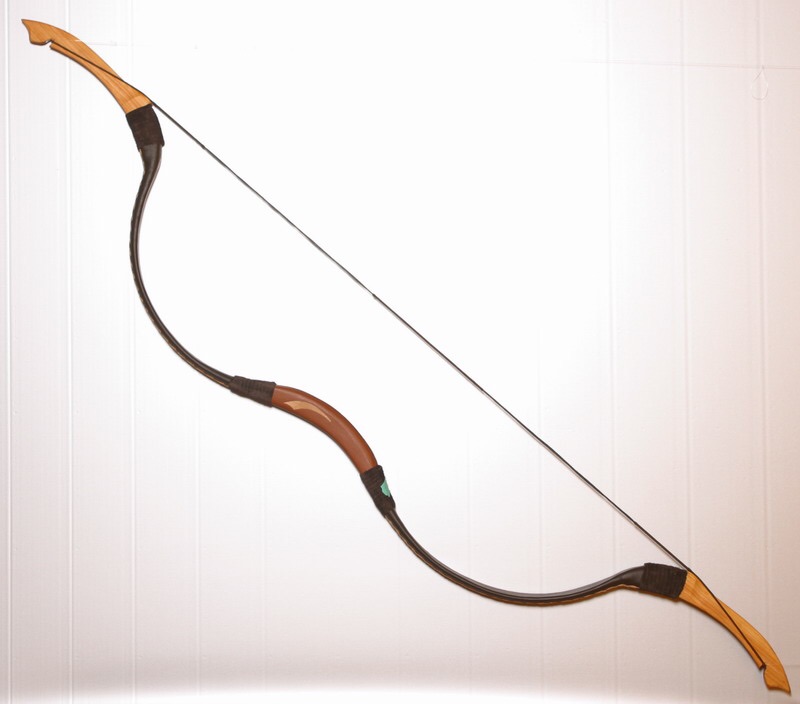 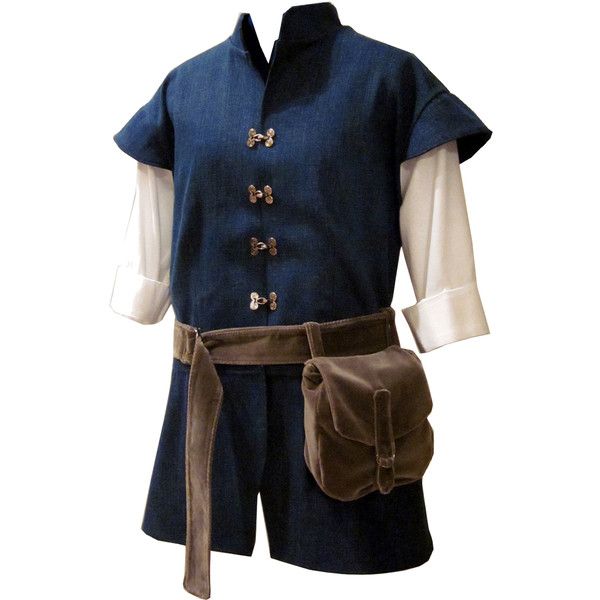 Accepted
On silent wings I fly, age, nor strength, nor wisdom defy me. For I consume all.
Top

Dragons are an extremely long lived species, measuring their lives in eons. Dragons are famous for their flying, and their fire breathing, and their armour-like scales, and are well documented even today. They are not invincible however. Dragons have a magical fire within them, known as a Source-Fire, and if enough water is breathed in by the dragon, the Source-Fire can be temporarily put out, leaving them without the ability to breath fire, and greatly weakening them, in just about every way. Dragons have mighty scales, however their eyes and mouths do not have scales protecting them if they are open, leaving them as vulnerable spots. Dragons are also cold blooded, and as such, if they are made cold enough, they can be made lethargic, or forced to slumber, thus making them open and more vulnerable to following attacks.

Position: Last Dragon, or at least ONE of the last dragons. He doesn't know if there are more who are alive.

Bio: Tarroc is, as far as he is aware, the last of the dragons. Dragons were once a mighty race, ruling over much of the world, more than a hundred thousand years ago. Dragons are, or at least they were very proud creatures. It would not be an exaggeration to call dragons one of the most arrogant species to have ever existed on the planet. For all of their arrogance however, they were still civilized, and had a ruling family. There was a king, and a ruling family, and the dragons ruled the world in a glorious golden age, at least as far as they were concerned. Nothing lasts however though, and eventually, an ambitious dragon inspired a revolution against the ruling family, in a bid to take over. A long, and bloody war was fought, and when the war ended, the dragons weren't even a shadow of their former selves. Time would pass, and eventually, it would seem that almost every dragon had either died, or vanished.


Tarroc would hatch during the Golden age of the dragons, and he would enjoy centuries and thousands of years of prosperity for the dragons. He would also have to live to watch his people destroy themselves. His father would die in a battle with another dragon who sought to kill them and his mother died early in the war. Tarroc lived for tens of thousands of years, wandering the world, all alone, not trusting anyone with the truth of his existence. Tarroc would eventually grow bored, and decide to slumber, finding an underground magma "ocean" a few hundred miles east of the Empire where he would slumber for close to three thousand years. Eventually, an earthquake would cause Tarroc to awake after his long slumber, and the earthquake, combined with Tarroc's moving around in the magma, would cause the volcano far above Tarroc to erupt.

Tarroc would burst out of the side of the volcano as it erupted, causing lava, ash, poisonous gasses, and rock to go flying, devastating the nation that the volcano had been in, and the survivors who saw him burst from the mountain would tell stories of it, claiming it was the "End Of Times" and these stories would eventually reach the Empire, and the capital itself, as would Tarroc, in his human form however.

Last edited by God Of The North on Sun Nov 12, 2017 2:14 am, edited 1 time in total.
He who sits upon the throne of winter shall find no enemy able to burn fiercly enough to oppose him
Top
Post Reply
142 posts