Born on an unknown day in the city of Emselian as the lone daughter of a broken mother and criminal father, Alma was sent off to a monastery where she was inducted into a group known as the Pact of the Hidden. They were a stealthy army who inducted the outcast children of the world to train them two fight a war against corrupted magic users and the demonic planes of reality. Amongst them Alma excelled, quickly becoming promoted to be the captain of the Pact's ground forces where she continued to excel. However one day a cult managed to open a portal at Emselian where horrors from other planes of existence began attacking. Rallying the Pact to it's defence, Alma lead the charge in a desperate bid to end a potential invasion of the world. Although she succeeded in closing the portal, Alma's home city was completely destroyed along with the majority of the Pact and the residents. Alma's body was never found, leading to many believing that she had either survived or died in the demonic plane. This would come to be known as the Emselian incident and serve as a warning about the dangers of portals and the demonic planes.

Since then, legends and folklore have described a character known as the Horizon Walker, a ranger who had an uncanny knowledge of portals and the planes of reality. She was also said to know teleportation and portal magics that would put even master wizards to shame. Whilst some reports claim it to be Alma, others give no identity. However, every time the Horizon Walker has emerged it a has been at a major point in history, with them vanishing as quickly and mysteriously as when they had appeared. Alma also keeps the truth about the Emselian incident to herself and as it's sole survivor is the only one who knows what happened in any great detail. 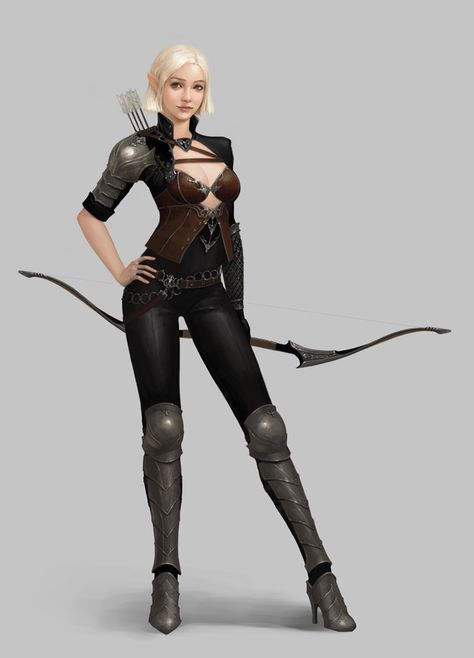 Although she shares the appearance of a normal elf, one can quickly tell that Alma doesn't obey the normal rules of reality simply by looking at her. She shows little to no effect from an external stimulus like the weather, remaining perfectly dry in the middle of a thunderstorm. Both her eyes and her body also appear normally when looking straight at Alma, but she appears to split into many different colours when viewed in the corner of an eye or a mirror in an effect similar to chromatic aberration. Alma can also turn ethereal at will, her whole body turning slightly transparent and glowing a cool blue once she does so. In terms of height and build, Alma is average for an elf.
Top