I’m quite new to using these forums, but not new when it comes to RolePlaying. I am looking for a partner, gender does not matter to me. There is an idea that I have had for quite a bit that involves romance between either two Werewolves, two Vampires, or one of each! I feel like whichever one that is chosen can provide a different and more diverse path that the story can take. This story can involve many different kinds of factors such as Romance, Action, Adventure, and if you’re edgy we can have some Tragedy.

I can personally guarantee several replies a day on the weekdays, and plenty on the weekends as I would be free from being tied up in work. If you’re interested please let me know, as we can form a more enjoyable plot base by combining both of our heads! I look forward to hearing back from some people hopefully soon.

by Arkane
Hey! I wouldn't mind doing this with you. I'd prefer to RP a Vampire, if that's ok?

by bxnezxne
That is completely fine with me, love. You’re welcome to choose whichever one you want to, as I don’t want to be too controlling over you. What gender would you be RolePlaying as, and what kind of genre peaks your interest the most?

by Arkane
Excellent! I'd like to start my first character as a female and maybe introduce another male character later on in the RP. But really, it doesn't matter to me!

I definitely like romance, action/adventure, maybe a little fantasy or supernatural

by bxnezxne
I prefer to have a female character. Are you alright with it being a femxfem? I myself would RolePlay as a werewolf, which I believe can add a little more interest into the story with one character being a vampire and one a werewolf. Some forbidden love kind of thing?

by Arkane
That would be fine with me! Did you want a small character bio?

by bxnezxne
If you wouldn’t mind! I would love to see what you character would be like

Species: Vampire
Weapon of Choice: TBD (I’m not sure what time period the rp will be set in) 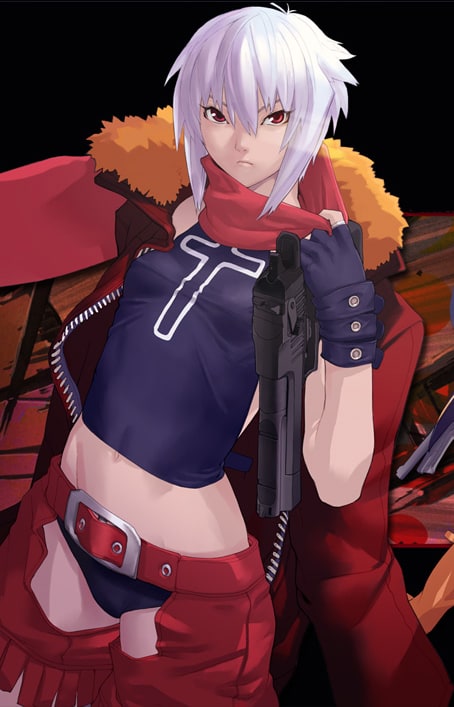 Appearance: Jael is considered slightly masculine in appearance, but still charming and pleasant to look at. She is tall for a woman, with a toned, lithe body and a smaller chest. Her hair is light in colour, almost taking a silver appearance at times, and cut in a short bob. Her eyes are ice blue, but as with all vampires, take on a reddish hue when the blood lust sets in.

History: Reborn over a millennia ago, Jael has walked the earth for far too long. Her vampire lineage is considered to be one of the purest bloodlines, though she tends to overlook such things. Jael doesn’t like to associate with the Vampire hierarchy, preferring to be a wild card. She has lost her purpose for living and has been asleep for decades. However, something has caused her to awaken once more, eager to explore this new world.


((Hope this is ok! Please let me know if I need to change anything. I didn’t really go into too much detail, as I like to develop my characters more in the rp itself. Is the rp going to be in medieval times or modern times? Also wasn’t sure if you wanted anime pictures or more realistic ones? I can change this if need be.))

by bxnezxne
She’s lovely! I agree with the fact with not using too much detail and going more into the character during the process of the story, as it helps bring a little purpose to some acts while role playing. I think we will most likely have the time period being more medieval times since it could add more interesting struggles for the two that really wouldn’t be too much available in modern times. I’ll have my character posted up shortly!

Age : 214. Just entering the adulthood of being a Werewolf.

Appearance : Evé is considered to be a short and energetic one amongst the Werewolves, always going out by herself and often getting into something that she shouldn’t. Her hair is a almost reddish brown color, the red only able to truly be noticeable when the sun shines and hits her head. Her eyes are a soft shade of green with a faint scar that goes through her right eyebrow. Her wolf appearance however, isn’t really like most werewolves. The wolf form is smaller compared to most, even when compared to other females. During the times that she does transform, you’re left to see a wolf that is almost the same size as a natural wolf, something that when needs be Evé uses as a disguise. The fur is the same reddish brown as her normal hair, but her eyes are a more deep green color than her usual light green ones.

History : Evé grew up being in one of the largest packs around, so she’s a little more knowledgeable when compared to most other werewolves. She was always a bit of an outcast when she was with the others as she was one of the only ones that had trouble controlling herself when she transformed, often going ‘rouge’ as they called it in the pack. Due to this she wasn’t truly allowed to join the pack on outings as they saw her being just another liability, so she was often in charge of watching the elderly, which is where she started to learn a lot over time. This however, wasn’t what she wanted in life. She was finally entering adulthood as a werewolf and couldn’t see herself staying cooped up all the time, so she’s started leaving at times the pack was out hunting or scavenging to go see the world for herself.


//While writing this out I thought about how the two could possibly meet! In your profile you spoke about how your character had been asleep for decades, maybe the reason she woke up was because my character had stumbled into the resting place of yours and somewhat disrupted your sleep. Just an idea, I would love to know what you think of it though.
All times are UTC
Page 1 of 2
Powered by phpBB® Forum Software © phpBB Limited
https://www.phpbb.com/