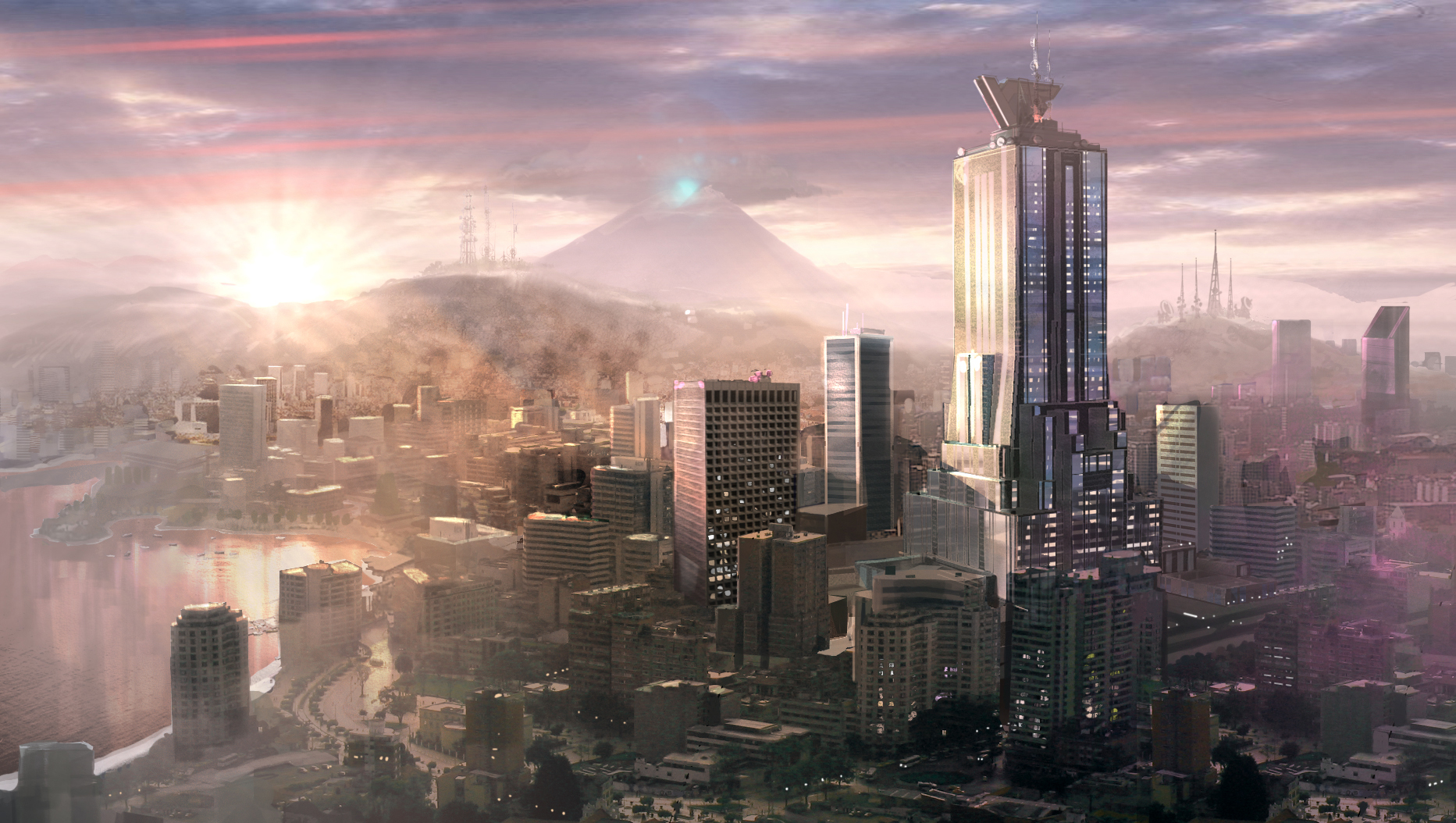 2085. A medical breakthrough has changed the entire world. Illness and disease are entirely gone and technology flourishes. But this has come at a controversial price.

Twenty years prior Clover, one of the worlds largest medical corporations made a breakthough., A super serum that cured any ailment and disease, even regenerating lost limbs and body parts. This serum was called Phoenix. The only price was that it altered the subjects DNA to change them into primal, bizarre, and inhuman mutants. From animal like to alien in appearance the one side effect altered the person physically forever. While Clover had developed this super cure, they tried to get rid of this side effect not wanting to give it to the world until it was completely safe to use, unfortunately disaster would strike before they could finish their work.

The company was overtaken by a terrorist group calling themselves Signet, who killed everyone but the founder, Dr. Asher and his sister, leaving them for dead. This group harnessed the serum into a weapon and released it on to the world in an event now known as the Neo Age. All across the world the serum spread, airborne like a virus and infected all. Curing those that were Ill, but altering them. Nearly half of Earth's population was changed forever, birthing new races of beings entirely. Even more diverse than humans, this new race was dubbed Mutas.

Over the years laws and regulations have been put in place by the U.N. Full registration is now required for all Mutas and humans. A Species Documentation Sheet (SDS) must be filled out and sent to the U.N. Those who do not comply will be arrested and imprisoned. While most of the world is in agreement to these new laws. those that have rebelled and refused have fallen into war and strife.

It's been twenty years since that day. The world has begun to slowly adjust to the Mutas. Though many of those unaffected by the serum see the Mutas as freaks and abominations.


While the world socially adjusts to this new climate, technogically speaking a surge in advancement has occoured. Science is on the brink of bringing to life fully self reliant androids. It seems just before the world can recover from a second new set of inhabitants, a third might be on it's way very soon. 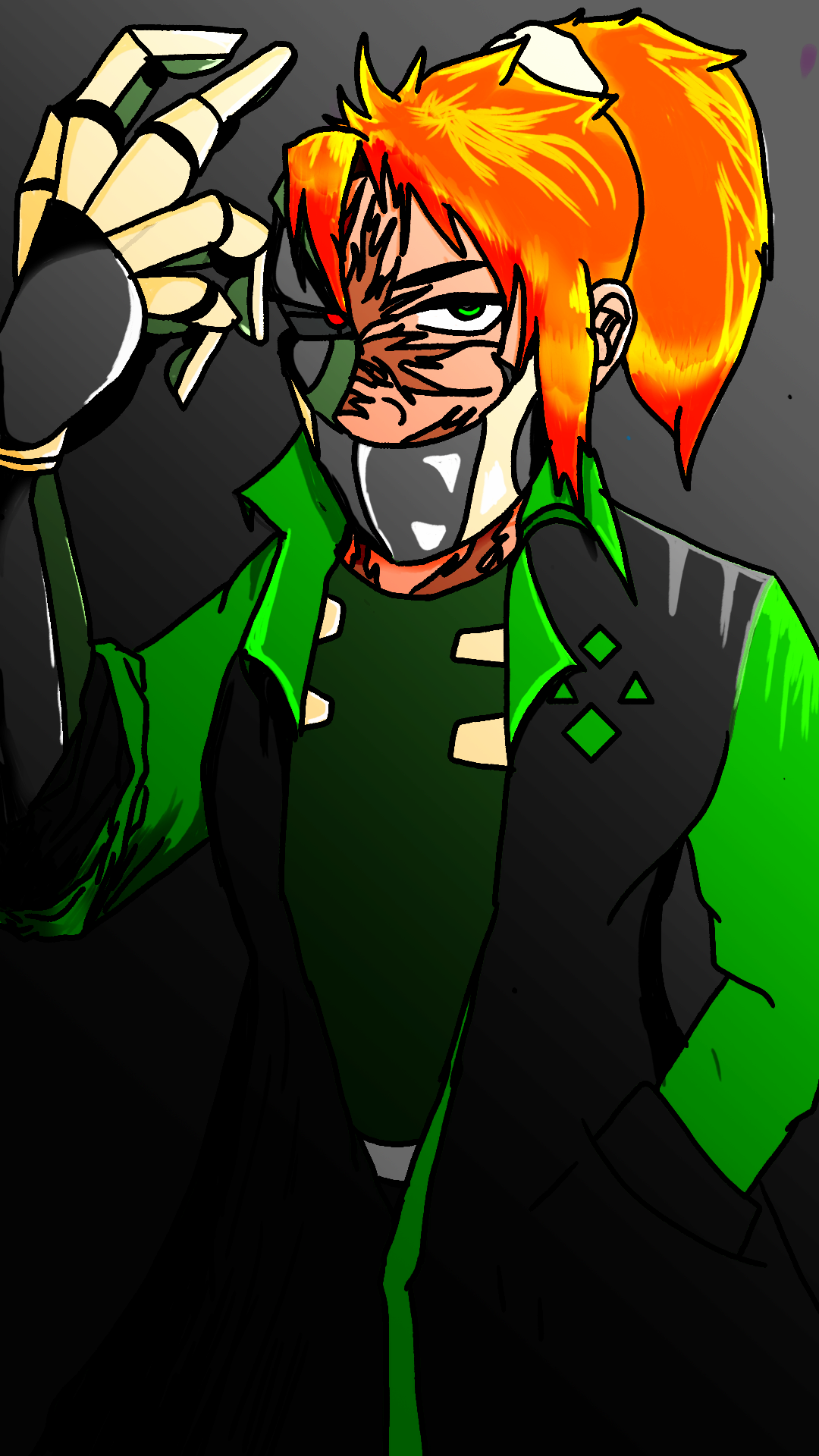 As for the creator of the serum, Dr. Asher. He was spared mutation, along with his sister, mostly in part by being left for dead underground, barely able to survive, the doctor augmented himself, not mostly machine than man. Shortly after the incident Asher was captured and imprisoned, being wrongfully blamed for unleashing the serum onto the world, not giving the world any choice in the matter of if they wanted to be cured or not. Currently he is awaiting trial for the crimes against humanity, a man innocent, but few believe him. His sister, only 12 now leads the Clover foundation, though under heavy watched by the U.N. and the governments of the world.


As the Neo Age begins the world is slowly adjusting to itself and it's changes, but something bigger is coming, something that will truly put the world to the test, to see if it can survive, or ultimately destroy itself.

Previous Illness or Injury ( examples can range from cancer to lost arm, leg to even mental illness such as Multiple personality Disorder, Bipolar, Autism etc)

Appearance: (This can be very varied. Anything pretty much goes here. the only stipulation is that you have to have some kind of head, two arms and legs of some kind. These will need to be approved by me)

may i join
Top

Just fill out a CS

Previous Illness: Was in a car crash this her dad and her legs were crushed and broken

Family History: (Biography) mom died while giving birth before and father was killed when she was 6 by being shot. she was on her own in her own home then an abandoned apartment building for a while hiding from people who wanted to use her. soon she develpoed her newly found strength and started fighting for money to survive before all the new laws were in affect

Appearance: emrald green eyes wolf ears and wolf legs and tail she does have nails like a cat her hair is brown and long she wears pre-ripped jeans and black tshirt and a black leather jacket

Extra: she is very tough but when she was in the car crash she broke down crying from the pain of losing her father and having both legs broken she was at the hospital something came through on her tv saying a virus had been released into the air this was her last time of being human
Last edited by hellbounddemon on Mon Jul 09, 2018 4:28 am, edited 6 times in total.
Top

please let me know if something needs to be changed
Top

There are a couple issues with it. The chemical is not called Clover, it's Phoenix. It also was never given out or used in hospitals because of the side effect. It was released into the air 20 years ago, before your character was born. Therefore, she would not have been affected. All of this information is in the intro post.

i hope that is better
Top

Name:
Zolencia Marie Fibron / Zolice
Age:
28
Gender:
Female
Blood type:
O
Height:
5'9"
Weight:
130lbs
Current Residence:
New York
Family History:
Zolice is the daughter of Teren and Nora Fibron, and twin sister to Zev Fibron. Her father owned the Fibron Corporation, which is a technology company which has a hand in the advancement of things you use everyday: Cars, computers, telephones, and the list goes on. On top of that, they also developed cybernetics, enhancements, and prosthetics. Her mother was a highly respected medical researcher, who was working on discovering cures for diseases that have plagued humanity for a long time. She had been working for Clover, and had been helping in the effort to solve the side-effect problem.

She hadn't been at the office during the takeover, having been at home to take care of a young Zolice while Teren was overseas. It saved her life. Afterwards, though, she continued her work, and pick up where Asher left off, though she couldn't believe he had been arrested for what happened. She would take Zolice to visit him since she knew he was innocent, and she wanted him to know she believed he was innocent, and that he wasn't alone.

Zolice took after her parents, being a bright child from her early ages, and loved to watch her parents work. One day, when she was about nine years old, she watched her mother work in one of the labs. She noticed something strange under the desk, and upon pointing it out, her mother grabbed her and went to shield her as an explosion ripped through the lab. Nora protected Zolice as best as she could, but part of Zolice’s body was still exposed to the chemical fire the explosion caused. The emergency sprinklers activated, but Nora was already dead, and Zolice’s arm and leg were burned beyond use.

Zolice had to have her arm and leg amputated, and while recovering, she tried to tell everyone what she saw, but no one believed that a child would know what a bomb was, or what one would look like. They brushed it off as a lab accident, and never investigated. As Zolice healed, her father developed cybernetic limbs for her. After being fitted with them, and being able to move around, she rarely left home. She didn’t like the looks she got due to her burns and arm. She worked on creating a new friend. A mechanical doberman. By the time she was fifteen, she was able to program him, naming him Renton.

Since then, she has worked on multiple projects, including an efficient power cell for her limbs and Renton, as well as turning her mechanical arm into an energy cannon, in case whoever killed her mom would return for her. She started studying her mother's medical journals, her research, and other things, in order to learn how to not only maintain her augments, and build them, but to be able to install them if necessary, as well as continuing her work on reversing the side-effects like her mom and Asher had tried to do. She had been wanting to visit him, because her mom believed in him, but she very rarely left her workshop and just hadn't gotten the nerve up to do so.
Appearance: 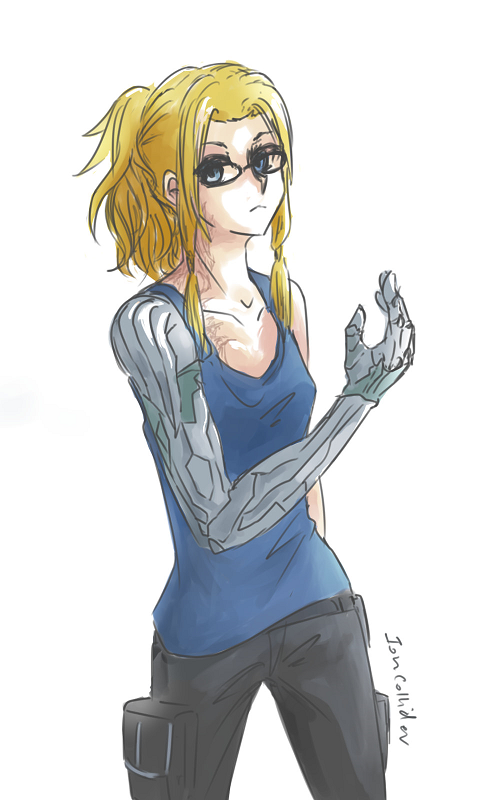 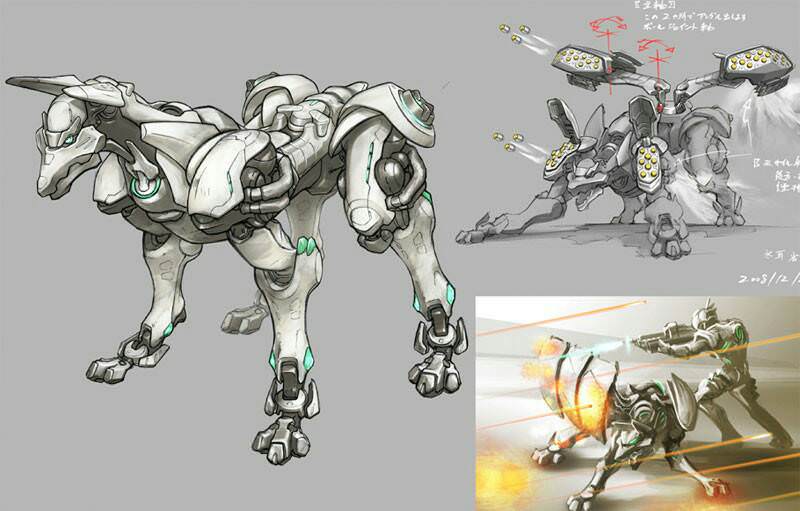 Renton
Extra: Zolice is an intelligent inventor, which has caused her to become a bit of a recluse. She doesn’t trust people except her father and twin brother, and prefers the company of her projects, and her mechanical dog, Renton. She’s secretive with her projects, and is very selective on what she lets be released to the public. She will treat strangers with distrust, and they have to earn her trust and respect.