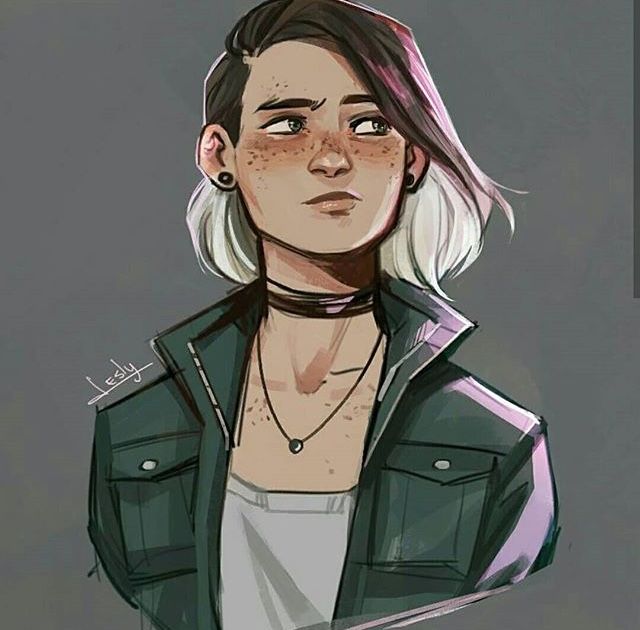 Frankie is not an imposing force. She stands at an average height, which makes her decidedly shorter than those she usually fights against. She's athletic - physical education is the only course she ever received adequate grades in throughout her high school career. But her athleticism is, at best, above average for a high school girl. Nothing about her strength or endurance comes close to metahuman levels. She has power, but she doesn't yet have the experience to wield it properly. And without the confidence that comes with experience, she's rarely the most authoritative presence in the room. 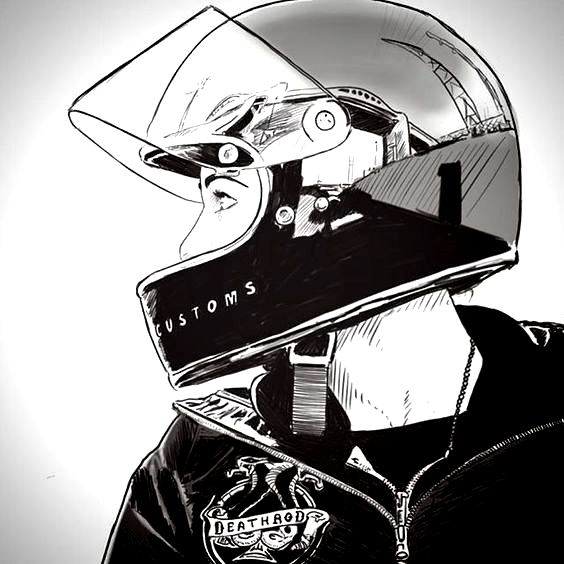 That's not to say that she's entirely green to the world of vigilantism and crime-fighting. Frankie's alter-ego, Tremor, has seen battle, and has the scars to prove it. Burn scars. The lightest of the scars lace across her shoulders. The most severe adorns her throat - a region of burned skin that, under inspection, looks like a handprint.

While some people adhere to a strict separation of their vigilante identity and their day-to-day lives, Tremor's identity is generally public knowledge. Not popular knowledge. She's not a household name - far from it. But her separation of 'work' and 'home' is poor enough that those who go looking for her identity are usually able to find it. Even her 'costume' is a bleedthrough from her personal life. Tremor fights in the same motorcycle helmet that Frankie Southam wears for joyriding.

PAST
Frankie Southam is just shy of eighteen years old. Fresh out of high school, with a diploma that's going to get her nowhere in life.

She's not a good student. She never has been. As a young child, focus was her weakness. She fidgeted, she talked, she interrupted. She did anything but pay attention during class. As a teenager, nothing improved. Frankie's high school years were spent figuring out the intricacies of her new powers. Which directly impeded her ability to succeed as a student. As a novice superhero, her level of control over her shockwaves was essentially zero. Every attack aimed at an opponent was equally likely to knock her unconscious. And oh, they did. She lost count of the number of times she woke up in a daze, peeling herself off the floor of whatever emptied parking lot she'd been practicing in.

Concussions made it difficult to get straight A's. Or even C's, for that matter.

Eventually, a change was needed, and that change was catalyzed by two key events. First, the Landfall incident. Tremor's first fight, against forces far stronger than she was. She stood her ground, landed a single attack, and knocked herself unconscious. Then, only a few weeks later, the attack on the Sandra Bridge. She survived. But Frankie's encounter with Ailyn Mendoza left her with scars. The ones around her neck, and the ones across her mind. There were unseen forces at work that day. But from Tremor's perspective, it was her error in judgement that sent an occupied vehicle tumbling off the bridge and into the rapids below.

She needed training. For her senior year of high school, Frankie Southam enrolled in Millenium Academy. She trained at the local dojo. She made progress, both academically and heroically. By the time the end of the year arrived, her grades sat on the correct side of the pass/fail threshold. Against all odds, she graduated.

Not that the diploma is going to get her very far. It's a piece of paper, accompanied by a hugely inadequate transcript. Frankie won't go to college. But she has no intention of spending the rest of her life working a dead-end, minimum-wage job, either.

She'll make her mark on the world doing something meaningful.

ILLUSION
Tremor is able to create sounds from nothing. A noise is nothing more than a distinct signature of vibrations through the air, and she has the innate ability to alter those vibrations. Abstract noises are easy to mimic. Voices are more difficult. To create a convincing illusion requires intense focus.

Focus has never been her strong point.

VOLUME
In addition to creating sounds from nothing, Tremor also has the ability to manipulate existing ones. She can scale the volume of any noise up or down, amplifying or destroying the soundwaves responsible. Through destructive interference, Tremor can dampen any sound, though full silencing is a challenge. At the other end of the scale, her amplification skills are formidable. Stand too close, and the noise is deafening.

SHOCKWAVE
Tremor's most powerful ability, and her most devastating. Sounds are nothing more than vibrations, travelling through the air. But sound isn't the only vibration. The shockwave that follows a bomb detonation also falls under Tremor's sphere of influence. A sudden wave of high pressure, moving at the speed of sound, can be enough to break bones. A single clap of her hands, and Tremor becomes the epicenter for a wave of destruction. 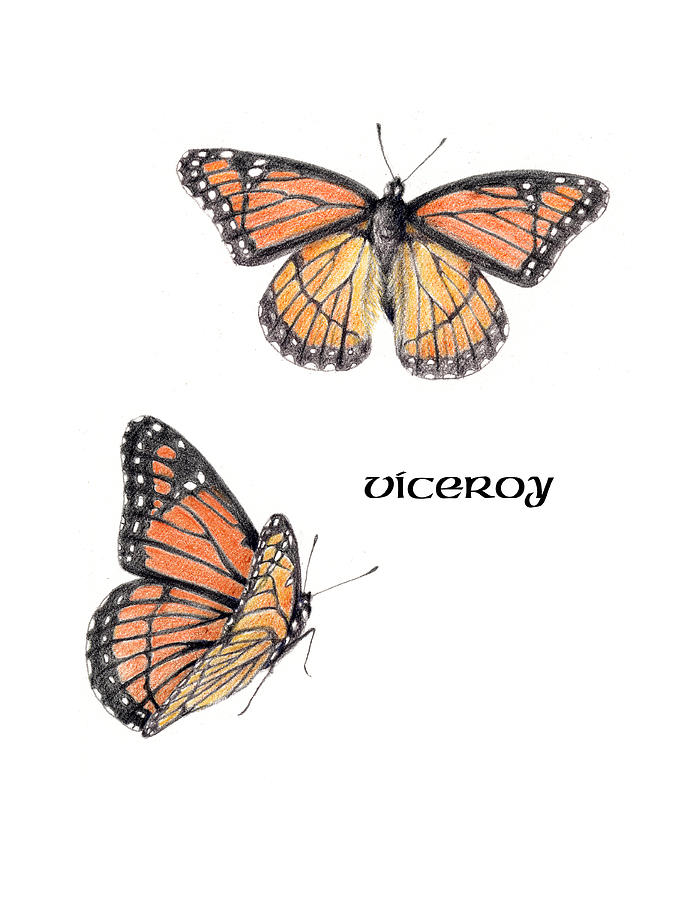 By herself, Tremor's control over her own abilities is tenuous at best. Sounds are complicated, and shockwaves are dangerous. If her concentration slips, or she loses her edge, Tremor is just as likely to injure herself or her allies in battle as she is anyone else on the field. The reality of the situation is that she's young, and still lacks the training and experience to be able to fully utilize her powers.

But reality is flexible.

'Amber', as she likes to be called, is a manifestation of a much larger reality-bending entity: ACF-707. She presents as a small viceroy butterfly, and was passed to Tremor in preparation for the Breach incident in Alaska. Initially, the insect was intended as protection. But a few seconds into the battle, Amber and Tremor established a synergistic bond.

Amber's presence gives Tremor a greater degree of control over her kinetic abilities. Her auditory illusions are more convincing. Instead of dampening sounds, she can usually silence them altogether. And her shockwaves are a force to be reckoned with. Not only does she no longer run the risk of knocking herself unconscious, but she has the ability to direct her attacks. Instead of serving as an epicenter for a radial attack, Tremor becomes the origin for a vector of destruction. Amber allows her to focus the shockwave's destruction into a beam roughly one meter wide. It still travels just as fast, and it still hits just as hard. But with a much lower risk of collateral damage.

Turmeric!
I look in the water and fear what I see
I know it's no stranger but I know it's not me
My life is a lie that was uttered in jest
If I can't change at all, let me rest
Top

Try using Imgur or another hosting site and directly linking the images. Attachments are a bit finicky.
I look in the water and fear what I see
I know it's no stranger but I know it's not me
My life is a lie that was uttered in jest
If I can't change at all, let me rest
Top

It looks great! I'm sure she'll be awesome. Except, maybe, if someone hits her with a math problem.
Sandbox Characters:
Capacitor | Revolt | Prism | Eternal Flame BBCode Grid Guide
Top

I love this bio!
Now excuse me while I remind myself to tuck my own ideas of a sound based character back into the idea closet
No Longer In Use: The Once And Maybe Future Characters
Intermediate: Aliens Nova Hayato Kat and Purrderr Crossroads Cyber This Machine Halfbreed High Mercy
Sandbox: Lotus Lotus Cult Lioness Quiver Poison Mango Martyr Baba Yaga Blinded Visionary
Pax: Crimson Lotus
Top

Update: Added a table for chronological order of threads Tremor is involved in.

It's not a pretty table like some people, but it's a table