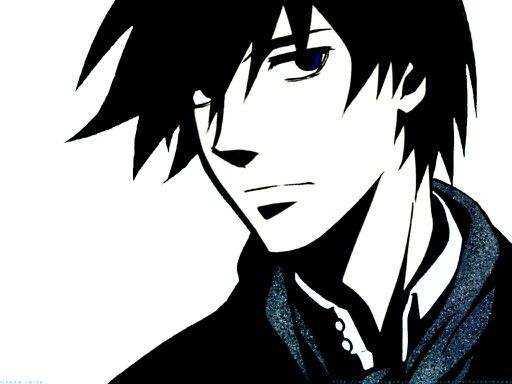 Phanuel
The Face of God

"In Nomine Patris, et Fili, et Spiritus Sancti. Amen."
"Bless me, Father, for I have sinned. It has been sixteen days since my last confession."

Profession: Student of Catholic Theology [Fordham University]; Monster Hunter
.
"...And pride, Father, above all else. I believe myself to be right, but I know in my heart that it is pride that drives me..."

Personality: Just, impartial
.
"Have you true contrition for your sins, and a firm purpose of amendment?"
"...Father, in good conscience, I cannot say I do."
You know, it runs in the family. The whole hunter thing. We Fultons have been doing it for generations. Not that we know too much about it at first. Knowing that demons and devils exist is something Catholics take on faith, same as our belief in angels. Same as our belief in God. No, it's not until we're a lot older that we learn that demons, at least, are oftentimes mortal. Not devils- not necessarily. But beings exist that prey on the bodies and souls alike of humanity, that can be killed, with the help of God, by the hand of man. Demons slain by men like St. George, captured by women like St. Martha.

Mankind is fallible. We reach the point, every so often, where we practically worship these monsters. Where we accept them as part of who we are. A few remember the times when these monsters hid in the dark and ate children, but these can't be those monsters, can they? They can't possibly be the same. They don't really notice that a living vampire is a living vampire, or just don't care how they've stayed alive as long as they have. A man voluntarily possessed is in our culture considered just another metahuman.

Now, I planned to stay out of our family's work. I believed myself to have a higher vocation - the priesthood, actually. I preferred not to have blood on my hands when I went into the seminary, even if I was still going through college first. But I found my sign, while looking through the shelves of a pawn shop near campus just a few months back. I can't tell you how it ended up there, or even, really, how I found it - but finding the mask is how I knew, somehow, that I needed to rethink some things.

It was an evil thing. I knew that from the moment I picked it up. I put it on anyway, and was overwhelmed with an immense hunger - followed by a great pain, and then, in turn, by a cold purpose. Whatever is in that mask will try to use me for its own ends, I know that now, and it would be presumptuous to say I can control it for long. And I have not been able to always resist its temptation to great violence, or cold-hearted hatred. But I do know that once I learn how to control it, I will be able to use its power to deliver the same justice as my parents, and theirs.

The only way to reach that point is experience.
"You know then that I must refuse you absolution."
"I know, Father. Thank you. And please pray for me."
"I shall."
Phanuel, the Face of God
Top
Post Reply
1 post • Page 1 of 1