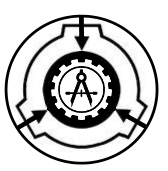 
Foundation History:
Following the 2018 Breach Event, college student Harry Thompson stumbled onto evidence of anomalous nature. His natural curiosity propelled him to investigate, leading to his initial contact with the Foundation. At some point shortly thereafter he was recruited by ACF because the kid wasn't going to leave it alone for his obvious interest.

Due to his eagerness and relative shorthandedness of qualified personnel given the incident, Harry was assigned as a class-B to L-6 under the command of SV-4 "Hack." In early 2019, he began working directly with [DATA EXPUNGED BY ORDER OF SECURITY COUNCIL].

At some point, Harry developed a degree of syne[DATA EXPUNGED, LEAVE THE INFO OUT. THANK YOU.]

Harry Thompson was promoted to Class C following [REDACTED, [EXPLETIVE]. REDACTED] and was subsequently assigned to L-14. His easygoing nature has made him optimal for extraFoundational activities, particularly first-contact situations.