Dragons have always been a myth- legends passed down from generation to generation. Some of the stories were told only to get children to behave. They told them that if they misbehaved, a dragon would swoop out of the sky and carry them away to their nest to be fed to their offspring. Other stories told of the dragons devastating whatever area they settled in. Razing cities and nations for no more than the gold and jewels they had. The Dragons were believed to be greedy monsters who would stop at nothing to get even a small gem or gold piece. A rare few stories, though, told of dragons who helped protect nations, cities, and the very people within them. These dragons were loved by their people, not feared, and would often bring offerings of gratitude.

While these stories may be myth and legends, it is, as they say.. "Every Legend has at least a drop of truth."

Dragons have lived among us since we have existed. Their nature allows them to take a human form, and many do just that. One thing that they do not do, though, is have relationships with humans. This is due to the inevitable half-dragon offspring. These half-dragons are human shaped, covered in scales, and have a dragonoid head, wings, and tail. They do not have the ability to change form, and would be discovered at birth. One half-dragon could spell the doom of the entire dragon way of life.

Unfortunately, one hundred years ago, that very thing happened. There was a queen of a land known as The Amethyst Kingdom. The nation was well known for its amethyst mines and exports. What people didn't know, was that the Queen, and nearly the entirety of the kingdom were amethyst dragons.

The queen fell in love with the prince of another nation, who had come to the kingdom with his own motives. After a time, they were wedded. He stayed in the Amethyst Kingdom, with the intent of killing her for the kingdom. All the while, she had thought it was true love, and he would accept her, and their child to be.

It was only the means for him to justify his next move. After she had explained and shown him what she was, he was shocked- as any would be. But he managed to keep his composure. He spent the time until their son was born, continuing pretending that he loved her.

The day their son was born, though, the invasion happened. His people of the Ruby Kingdom, came, and started to kill people. When the dragons changed form to protect their home, the soldiers were prepared. Large ballistas loaded with diamond tipped bolts pierced through them.
The King took his half-dragon child and killed him while the queen slept, and then thrust a blade through his wife's heart.

It is believed, though, that the queen survived. That she killed her traitorous husband and stopped the enemy soldiers, and the land became a safe haven for dragons once again.

But these are just legends the dragons have passed down. No one knows where the Amethyst Kingdom is, or if it had ever really existed, and the tales of dragons faded back into obscurity... except there are kingdoms who actively hunt the dragons, who have done nothing to them. They train and send out the Dragonslayers, trained soldiers who have dedicated their entire lives to becoming dragon killers. They hadn't been too much of a threat to dragons who were undiscovered... until they were given special means to detect dragons in human forms. Dragons were being killed in the streets, without getting the chance to fight back. The peace the dragons had are at their end.. their only hope? Searching for Dragon's Paradise- the fabled Amethyst Kingdom.

Looks fun! Did you have other regions/kingdoms in mind of origin, or can it be made-up?

They can be made up. Basically it's just going to determine what kind of culture and stuff you came form.

Name: Pandora Phoenix
Age 18
Personality: Pandora cares about everyone and everything she encounters, and even those she hasn't. She always does what she can for the good of everyone, regardless of what others believe she should do, as she knows they wouldn't have the best intentions in mind. She believes Dragons are treated horribly, and that they hadn't deserved the treatment, and will do what she can to help them.
Bio: Pandora is the human princess of the largest human nation, Aunduras. Her father believes the stories that dragons are demonic creatures from hell, while her mother always believed that dragons had never done anything wrong, except try to live a normal life among humans. She agreed with her mother. Having read the old books, the Dragon Hunters weren't formed to combat dragons after some devastating attack. During one of her outings to the forest, she found a tiny egg that looked like that of a hummingbird's. It was extremely colorful, and a nest was nowhere to be found. Not wanting it to be crushed, eaten, or die soon after hatching, she took it home without letting anyone know about it. When it hatched, she was surprised to find a very colorful, tiny dragon inside. She named it Faera. She knew she would have to keep it a secret. It was her responsibility, and she knew her father would have it killed if he found out. Luckily, as he got older, he didn't grow much bigger than a bird, so he was easy to hide. One day, while visiting the castle town, she met an 8' foot tall girl, around her age, who had a massive hammer. She heard the reputation of a tall female hero that went from town to town helping people out, and so she was eager to meet her, and thank her for everything. The girl, Alexandra as she found her name to be, noticed the small dragon hiding in Pandora's hood. Alexandra only smiled at her and patted her on the head lightly. The hero told her that she had the power to change everything, if she wanted it badly. And in a whisper, that if she ever needed help, there would always be a dragon to come to her rescue. And with that, the hero was gone. Pandora didn't entirely understand. Faera wouldn't be able to do anything to rescue her if she was in trouble.
Appearance: 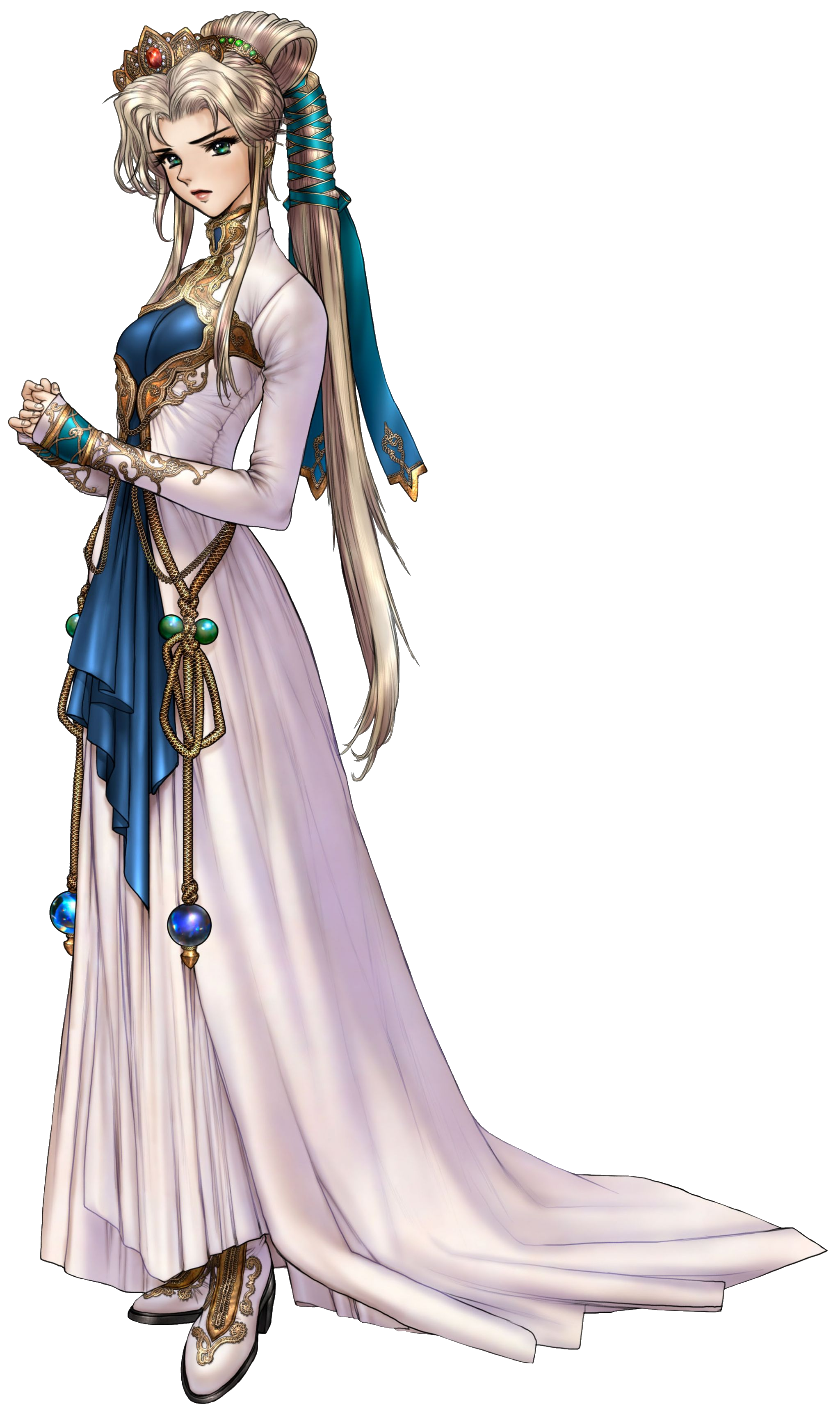 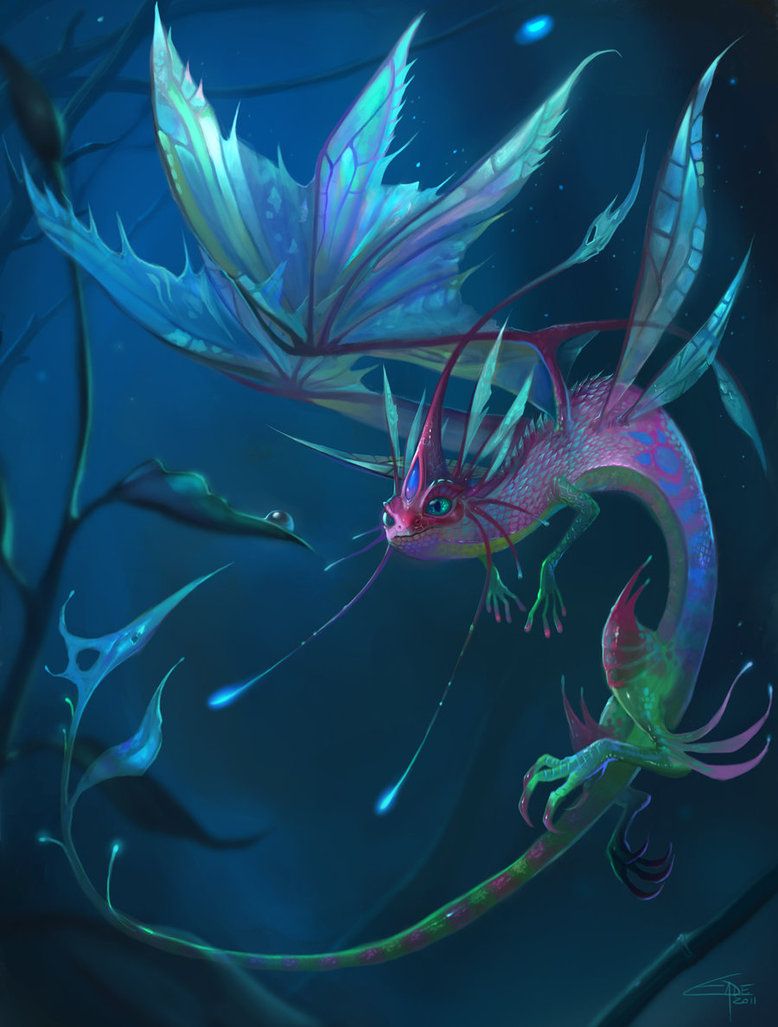 Special abilities: “Hail breath”, breathing small, icey balls of snow and ice. Resistance to cold and great, natural camouflage in the snow. With big, fluffy paws, he’s build for hunting smaller pray, even on foot. Great hearing, for anything hiding under thick layers of snow.

Personality: Čilvi is a quiet, but curious and he enjoys observing humans from a safe distance. Not easily trusting, he can seem cold towards strangers, but he is fiercely loyal to his family and those close to him.

Bio: Growing in a small village in the north, he learned to hunt and fend for himself from an early age. Čilvi learned to value his family and to stay out of the way from humans, as much as it was possible. However, living far from civilization, he also knew they depended on the humans in their village to survive, just as much as they depended on him. His family had always been the hunters and provided meat through the long, harsh winters.
Čilvi loved to hear and read about stories from all over the world, about both humans and dragons and longed to explore. Once he became old enough, he was finally allowed to go out in the world, as long as he kept humans at a safe distance.

Extra info: (CH-ee-lv-ie) His name actually mean “small lump of snow”, but since it sounds more like “Silver”, most outsiders call him that and it fits the color of his hair. His family-name does mean “Feather-Coat”, from the coat of feathers, the dragons of the north have.

Appearance: Standing on only 5’8, with white messy hair and dark brown eyes, Čilvi looks almost child-like. Wearing a thick, winter coat, that is usually open, showing of a simple white shirt and black pants.
Unusual for most other dragons, he is covered in thick, warm, white feathers. His ears and huge paws are covered in a soft, downy feathers and he almost looks covered in fur. Čilvi’s eyes are light blue, making his dragon form made for the cold climate of the north. 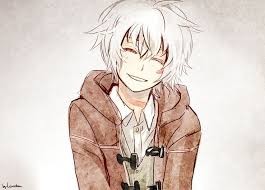 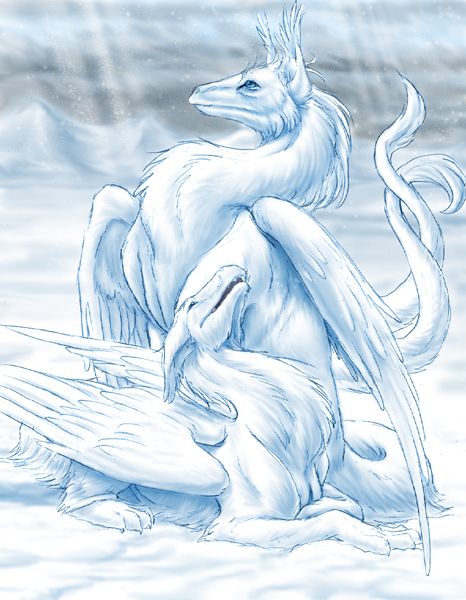 Would it be okay if I joined?
Top
Post Reply
56 posts