RP here if you don't want to worry about guidelines or length. (4 sentences or less per post, on average.)
Forum rules
Post Reply
39 posts

Alright, I'll try to get my other one up this weekend
Top

Personality:
Duggir is a character that really is quite involved with engineering. It's his life - he wouldn't nearly be the same person without having some sort of vehicle or weapon to mess around with. He speaks in seemingly crazy way and frequently refers to himself in the third person, but he's really quite harmless. Duggir is kind and sometimes mischievous, and having him as a friend and shipmate could go a long way.

Bio:
Duggir hails from a city-planet called Simea and was born the eldest in his family into what would be considered the lower-class of Simeacoon society, living on the outskirts of the great city Simea. With his father having a job in the city port, Duggir frequently tagged along, often in awe with what he saw. Giant ships zooming by, amazing new technologies being showcased by people from off-world places. As open as Simeacoons seemed to be, it was often frowned upon if they were seen with other species for anything other than business. Duggir's own curious personality caused him trouble in this area, seeing how he had soon made friends with an alien called Olia.

Olia was an old tinkerer and a brilliant technician that had gone to so many places across several universes. He had a plethora of stories to share, all ones that Duggir would listen to as they worked on small robots or made repairs on the mentor's ship. Once Duggir had reached young adulthood, he came up with a decision: he would finally take his chance and reach the stars, a dream he had since he was a young boy. With a bittersweet goodbye, Olia gave Duggir his ship as a parting gift. And with that, Duggir has not been to Simea since.

Duggir found himself living just as his ancestors had on Simea. He fled situations more often than confronting them, but did manage to scrape by through his talents. Eventually he made a small name of himself, which eventually caught the eye of the infamous Captain Adams.

He's rather small and lithe, standing about two feet at full height.

To late to join?
Huberty duberty I rolled a 42 I'm now a shrubbery.
Top

Yeah sorry I meant to try and get a character in for this JoJo, if it's to late then it's cool.
Top

Nope not too late! Feel free. And accepted gecko .
Top

Okay I'll read over everything and think up a character might have it up tonight or tomorrow hopefully.
Top

Personality:
Titus is a very complicated system. He can show signs of emotion but he never actually feels it. He just knows how to react when presented a certain stimulus. You could say he acts like a very stereotypical run of the mill human.

Bio:
Created in a lab 13 years ago, Titus was originally created to be a new age super soldier/security unit. He's powered by a solid 0.5 ounce block of pure graxium that, through his systems, never needs replacing. The graxium in a sense, powers itself. Titus was programmed with a vast array of knowledge to be able to solve and perform at 100% efficiency in any problem put before him. Titus, due to his purpose, was also granted a proficiency in ranged and melee combat.

Once Titus was turned on to start working and operating, a loose wire or purposely flawed programming caused him to have an affinity for crime and independence. Titus broke out of his restraints and destroyed the lab, killed several scientists, and stole several high dollar, prototype weapons to sell on the black market.

Once he escaped, he worked as a mercenary stealing and killing throughout the Galaxy when he was approached by Adams. He accepted Adams' deal and has followed him since. 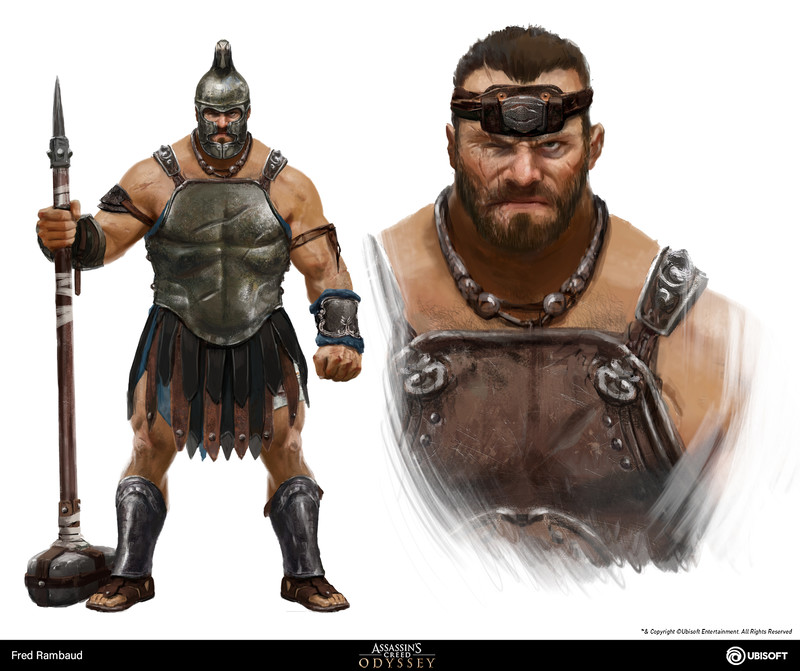 Titus has an outer layer of a biological symbiote that causes him appear just like a human being. The symbiote bleeds like a human does but it has mild regenerative powers, healing faster than a normal human but leaving scars where scars are due.

Hey man I've been thinking about it for a few days and I honestly can't think up a good enough character for this.
Top

@CrashJr You wanna brainstorm one together?
Top
Post Reply
39 posts