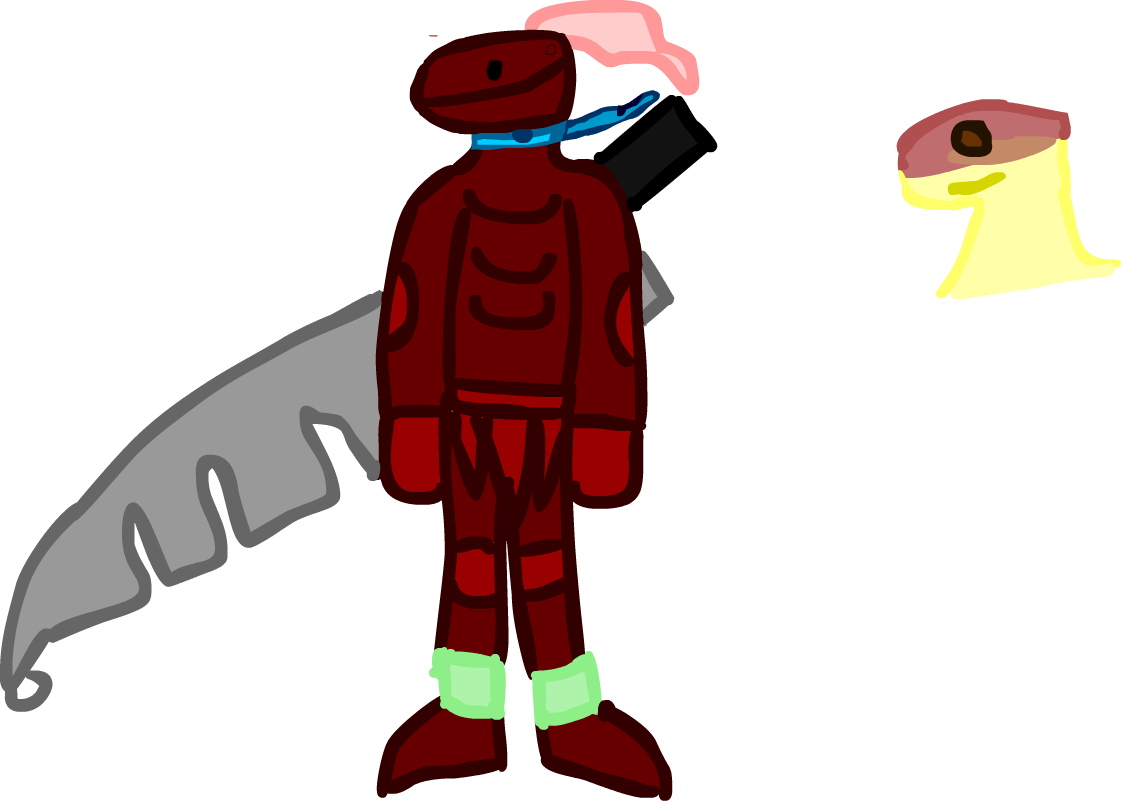 Personality: Aegis is a just man, with his work focusing around killing those that commit terrors to the people. He does this through any means necessary, whether it be murder or diplomacy. However, he loves a good fight to break out, so he can exert his dominance of strength over his opponents. He gets tired easily and is incredibly impatient to those who take up too much of his time.

Bio: "For the murder of Bishop Calderia, Aegis has been sentenced to the Outlands. Only death awaits him there."
What did he do to deserve this? All Aegis was raised to do was to look after himself and to fight for those he believed needed to be protected.
The memories came back to him; his mother was a street urchin that used to be a nun at the Church of Omens, kicked out after discovering her child was illegitimate. Their leader was Bishop Calderia, who sought nothing but money and power. This was done so by fabricating information and feeding it to the people under them, extorting them for cash in exchange for "The Beasts' Divine Protection." As he grew up, Aegis was raised to become a mercenary that fought against those corrupt in power. He could kill anyone and anything with his daggers - if you payed the price of course - and he'd do so in such a manner that he was loved and feared by many. Then one day, he bit off more than he could chew.
Discovering that Calderia was trying to use his power and influence to woo women into his church, Aegis disguised himself as a travelling merchant, selling "love tonics." In actuality, it was poison that the Bishop drank, not the aphrodisiac he was promised.
And now he was exiled; nowhere to go and nowhere to hide. Weaponless and afraid, he calculated that if he went anywhere, he would be shot on sight. Except... Cactonia!
The kingdom was bustling with assassins and mercenaries after the Yondiir passed in the Guilt Removal Clause. It stated that "If a criminal proves his loyalty to the Cactonian Empire through combat, that criminal's sentenced will be nulled, but instead be replaced with a guard watching their activities post-battle. Finding a weapon for cheap off a looter, he took his money and walked into town.
Now all he needed was a stiff drink and company.

Weapon: Karmonian Mail-Breaker. The sword has grooves cut into the blade, perfectly designed to catch an opponent's weapon. The hook at the tip was designed to catch into the mail armour of opposing enemies, making it easier to cut afterwards.

Personality: Tenno is shy and does keep to himself and does try to avoid fighting. Tenno isn't very found of fighting but will if he has to. He has a since of justice so that can make him act at times.

Weapon: screw the weapons he'll deck you in the schnozz

Good so far! Just remember that humans don’t exist in this realm, so if you want a refresher, here’s the lore link

Bumping this as I can put in NPC sheets too 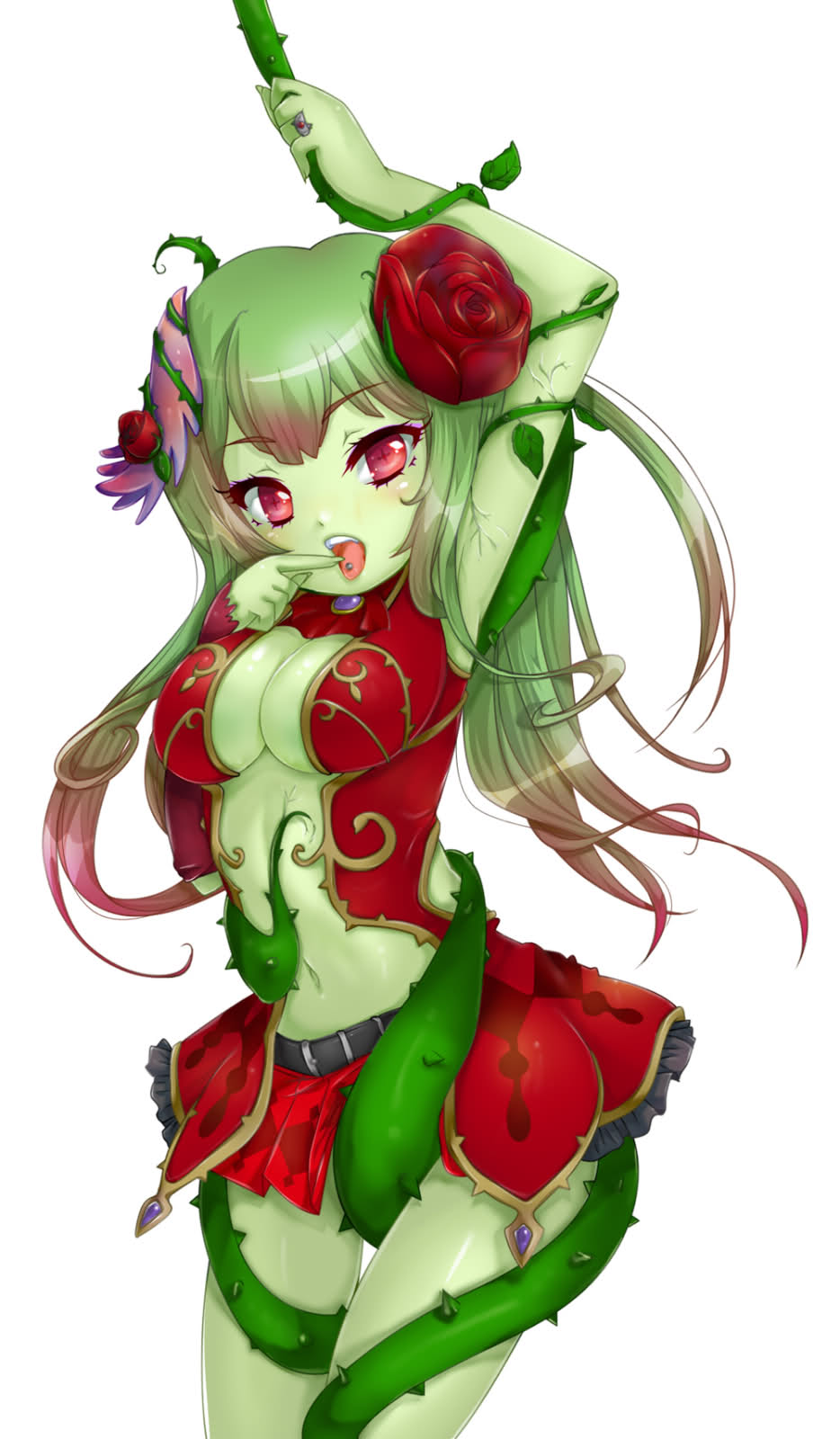 Personality: Leafa is the louder of the siblings, knowing to have quite the sass. Spunky and lively, Leafa is a confident one, one could say she has a bit too much confidence which often leads her to underestimating her enemies. She can easily get annoyed due to having a bit of a prideful nature and a tendency to think most people aren't worth her time. Despite her thinking of people not being worth her time, Leafa still likes to flirt people and be slightly seductive for the sole purpose of teasing them so she can get a laugh out of their reaction. However if one were to be able to put up with Leafa's snarky personality long enough they may be able to break through her prideful barrier, in which she will open up to them a little and act slightly nicer to them. When this happens though don't expect a complete increase in kindness, she will still get annoyed and tease you
Bio: (Took too long, will fill in later)
Weapon: Vines that grow from her back through her magic which she uses to attack and ensnare her opponent
Element: Life 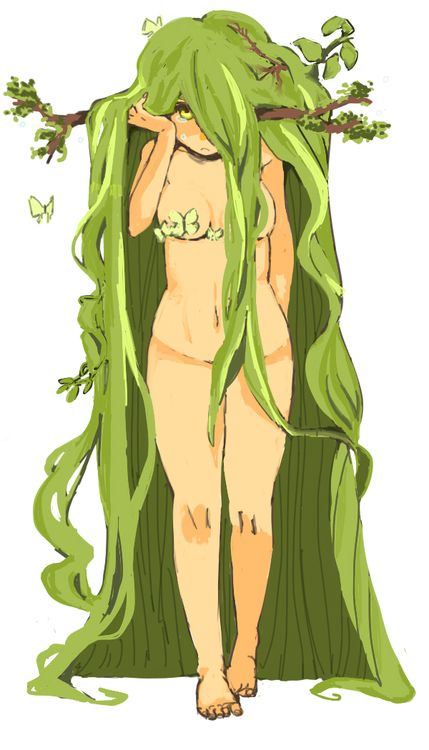 Personality: Lyris is the quiet one of the siblings, not exactly shy but prefers to keep to herself. Lyris always looks like she is half asleep, having a tired, lazy demeanour around her. Lyris is often unfazed by things and just takes everything in a carefree manner, however she can sometimes be a bit too laidback. Despite her continuous sleepy state Lyris is actually quite a friendly and kind girl, helpful when she wants to be. However Lyris does have the problem of being a bit oblivious to things which makes it slightly difficult to make her understand the situation straight away. She never takes things seriously, even if the situation calls for it her seriousness will only increase by a tiny amount. Ultimately Lyris is as relaxed as can be which on the bright side makes her easy to befriend
Bio: (Took too long, will fill in later)
Weapon: Thistle: A thorny vine fashioned into a whip and enhanced with magic so it could not be cut or burnt so easily like a normal vine would
Element: N/A
When you feel so lazy you want to sleep at all times and still do all things necessary in life
Top

Apologies for the picture sizes being too big (And a little too seductive), they were the best ones I could find and had no other sizes to them

Apart from that there we are, I'm done... Apart from Bio which I'll figure something out for...
When you feel so lazy you want to sleep at all times and still do all things necessary in life
Top

Don’t worry about it! They’re great

Only trouble is mandrake naming conventions, but in all honesty I’ll change that so there’s no need to worry.
Accepted