RP here if you don't want to worry about guidelines or length. (4 sentences or less per post, on average.)
Forum rules
Locked
59 posts

~Bio~
Niya wished she had someone else's life because of the way her parents treated her. Her father was abusive and her mother just didn't care about her at all, she only cared about the money she was bring in. (W.I.P)

~Personality~
When Niya was younger, she was friends with everybody, and was a very loving daughter. She loved to help others, read to children, and help wounded animals. Her hobbies were cooking, making her own clothing and music. She had a small garden in her backyard that she would tend to often. Niya has always had an above-average intelligence. She was kind of childish and loved hugs, or spending time with people from her town. Some of those things didn't change, like helping wounded animals or her garden, but she did change. Now Niya is more direct and rarely smiles anymore. She doesn't like being around many people or being touch, she would rather spend time alone. Over time she became way more self-conscious and really hates being made fun of, even if its just for fun. Niya became way less childish and now has a maturity beyond her years. She soon became distance and lost many friends, so now she only has a few hand-selected friends. She can be very outgoing if it serves a purpose.

Niya tries to be more mild-tempered, but she will express disapproval or annoyance often. Her heart is kind of fragile, more fragile because she keeps it tough without building walls. She's like all muscle without armor and she keeps getting hit again and again by life, by people, by words. You'll notice that Niya has became way more uncomfortable talking about feelings and will try to go out of her way to try to avoid that topic. She hates people who take her for granted, liars, unreliable people, and people who gossip about her. She would rather have them say how they feel about her to her face rather than talk behind her back like a wimp. Even though she still has a love for children, she now finds slightly more comfort in those that are older or more advanced. Niya is now way more reserved with her feelings and it takes her a while for her to truly open up, even around her friends or loved ones. If Niya likes someone then she does become more shy than normal when she's around them and can be pretty damn determined to make them hers. Even though she's shy, hates talking about her feelings, and has an impossible time expressing her feelings, she still tries to show her love. ~Bio~
Ethan didn't have the easiest time growing up, thanks to his father. His father left him and his mother when he was about three, his mother was sick during that time so he had to take care of her. He wasn't allowed to be like other little boys, he didn't really have anyone to take care of him, but he didn't care because he still loved his mother and would do anything for her. Normally the parents would work and take care of their kids, but Ethan was like the adult in his home and he was taking care of his mother. He would often have to miss school to help her or to do odd jobs to get enough money for them, so they didn't have the best home or the things they needed. Ethan didn't act like the nicest person when he was away from his mother either, he was often rude or ignored people because he didn't trust anybody and didn't need them either. He didn't have many friends and he didn't care about that either. When he was in high school, he started to sell drugs and other things until his mother passed away. He became worst though and acted up even more, but he ended up going to jail for a few days.

Ethan soon met Niya who was one of the first person who actually tried to be his friend and was kind to him even though he was an asshole. He did become quite popular in school with the ladies, but he didn't pay any attention to them at all. He was mainly with Niya and only allowed a few more people to be friends with him. After awhile, him and Niya ran out on the life they had, then they got bitten by wolves. Now Ethan is the Alpha male candidate somehow. He doesn't miss his old life and he actually became way more powerful.

~Personality~
Ethan is the type of person who actually prefers his solitude. He has a stubborn streak which gives him his need for independence, especially since he likes to do things his way. Being alone means things gets done the way he wants them to be done. After being around many people, he needs time alone to recharge. However, he can't be alone for too long, he needs his small group of friends. Unlike some people, Ethan possess a naturally quiet personality that doesn't need to be the center of attention. He actually doesn't like self-important people who feel like they are owed admiration otherwise he ends up upset or annoyed. Ethan is pragmatic, shrewd, and an excellent strategist. He's more than willing to work persistently for what he wants and he typically often do things the hard way. Ethan tends to be a bit of a loner and part of his charm is the fact that he enjoys being alone. He has a very lethal tongue when someone has pissed him off. But he's smart though because he knows how to use logic and facts to piss that person off even more. Ethan doesn't expect others to take care of him, and he tends to refuse or don't seek outside help. He hates being told what to do and how to do it. He doesn't want to compete when it comes to love. He will fight for loved ones, but he will never be in competition. Last edited by Jasmine on Fri Sep 29, 2017 12:21 am, edited 3 times in total.
The nipple of your dreams is actually my nipple of your nightmares.
Top 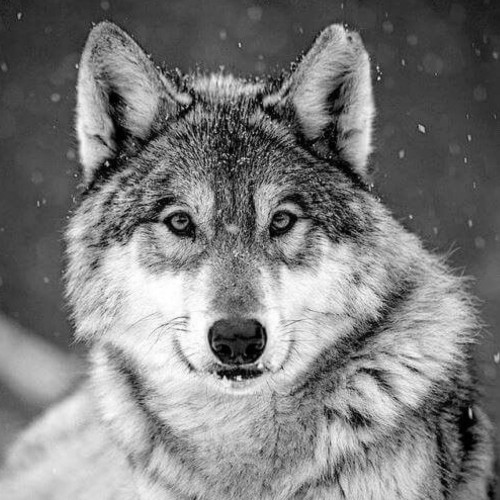 (Are you still accepting?)
Down and Drown
Top

Down and Drown
Top

Accepted!
The Sound of Silence
Top

I'm almost done! I just got home from the doctor's not long ago xD Just need Ethan's wolf name and their bio and Niya's personality
The nipple of your dreams is actually my nipple of your nightmares.
Top

Take your time.
The Sound of Silence
Top

If you'd like to c: I will put up the RP soon
The Sound of Silence
Top