The rp is now up!

@Lord of Nothing @illirica @Golden_ @Jhibus Feel free to go ahead and jump in!

@Swag Cat @HighVoltage @passionlake345 Once y'all finish your character sheets and get the thumbs up, feel free to jump in, too!
Last edited by newnostalgia on Tue Jul 28, 2020 7:35 pm, edited 1 time in total.
Top

Thanks for reminding me. I will come up with a cs soon
Top

Do you have room for another?
Top

@Argonaut24 Sure do! Just fill out a CS and post it here! Once I give the go-ahead, post it on the CS page and jump in!
Top

Awesome! Thank you! I'll get one up as soon as I can
Top

Yaaas
...was adopted by Satan himself, before [she] was returned out of fear of [her] awkwardness
Top

Hi, Golden! I'm excited for this. I've been looking for an rp.
Top

Height and build: At a soaring height of 6' 2", Maketes is broad, and muscular.

Appearance info: Maketes has the scars of a warrior. Many layer his body and one across his eye, thankfully his eye is undamaged. Also, not to forget are the scars that cover his back but those aren't from combat. Maketes wears leather armor but is often covered in a black cloak giving him the appearance of a shadow.

Cent loyalty:
Name: Schattenarmee
Camp: Main camp is hidden deep within the Frontier that only it's members know about.
Symbol: Members are branded on the right arm at the shoulder with a shield with two spears behind it.

In the Schattenarmee, there is no room for weakness, they break you to feel no pain and fear no evil. Members of the Cent, which are call Schattenkrieger, are trained heavily in the art of war and stealth. Starting at around the age of 8, children are taught how to not feel pain or fear and to fight through a process that is comparable to the Spartan Agoge or modern day Navy Seal training. Upon graduation, members are whipped across the back and are expected not to cry or react and win a series of trials. Members graduate with whip laceration scars all over their back but have no fear, feel no pain, and are some of the best warriors the Frontier has seen.

The Schattenarmee release their members into the wild to travel and find work among the other cents becoming the definition of mercenary. Schattenkriegers are sought after by Cents to help boost their war effort against another Cent either on the battlefield or as an advisor. Schattenkriegers can also be hired as bounty hunters to kill leaders or other targets deemed by the cents.

Background:
Maketes was a child of the Frontier. He doesn't remember much but he just knows that the Schattenarmee raised him and he became who is today because of them. Maketes' travels as a Schattenkrieger has taken him all over the Frontier and had him meet many different kinds of people. He has only encountered two group of people he didn't like and that was the Caza and the Pantheon. He didn't like how they treated those they thought were below them. Maketes jumps on any contract he can that involves damaging either of those Cents. Also, Maketes isn't scared to strike one of their members down if he catches them out in the wild.

Skills/talents:
•Tracking- Finding the trail of an animal or another human.

•Melee Combat- Maketes is proficient in a few hand to hand forms, swordsmanship, and spear combat.

•Trap Building- Maketes can build traps to either capture dinner or to kill another human.

•Strategic Planning- Maketes can see where an army would have an advantage over another.

•Archery- Maketes is a proficient in archer

•Conventional Warfare- Maketes is prepared to face an enemy in an open field.

•Guerilla Warfare- Maketes possesses the skills to be elusive and whittle an enemy down over time.

•Stealth- Despite being a large man, Maketes can actually move rather quietly and quickly almost as if he is a shadow.

Personality: Maketes training not only taught him how to fight, but how to be respectful and honorable. However, the honorable part occasionally gets bent when the right thing to do is not necessarily honorable. Maketes is determined and strong willed. Surprisingly, Maketes is kind, too.

Others view me as: A mysterious soldier with a good moral code that helps people.

Character theme: (Gotta think on this one.) 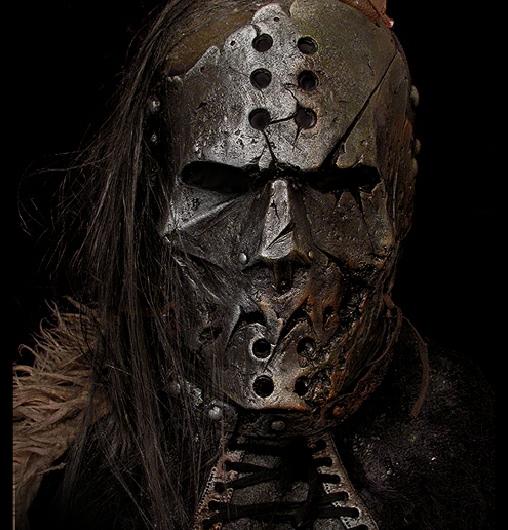 Appearance info: Ash usually keeps her hair short, and is usually mostly covered. Beneath those clothes though is a vast collection of scars. Her usual look being often a mix of curious and cold.

Cent loyalty: "Myselfian, as in just me."

Clothing preference: Ash sticks to a hoodie that's a bit large to help with hiding. Clothes beneath though are usually all selected to help with movement. Fatigues and sweats, tank tops almost exclusively. All of which is darker in colors. With the exception being socks, ranging from short to knee highs, from stripes to popular media characters older then she could hope to remember. This collection of socks though is her most valued and cared for treasure with second being her bow always on her.

Weapons: While having a hunting knife she considers her bow and arrows to almost exclusively be what she has.

Possessions: Alex ll her black stallion, a horse named after her mother. The first had been a motorcycle but keeping such a thing is difficult in these times. On Alex is a bag filled with books on the right and provisions on the left. The books focusing on things like traps, medicine, animals, hunting, cooking and so on. The right side has stuff for making fires, crafting tools or maintaining them, cooking, bathing and just getting by. A sleeping bag kept behind the saddle alongside most food and water she has with her.

A backpack is usually with her, consisting of a notepad with notes on everything Ash has picked up from the books just incase something was to keep her from Alex. She has with her a container of medical supplies and medicine, some of which she ground herself. Next to these supplies is drugs and poisons gathered. Neither medicine or poison is labeled, intentionally as a set up in case of emergency. She usually has materials for starting a fire, a few days of rations and two cantines of water.

Lastly is locks, be it on the supplies kept with Alex or with her she has a lock. Each with a different combination and no key, and on anything she can get to fit.

Background: Alex, the woman not the motorcycle or horse had been in a Cent. That Cent was called the Ouroboros they focused on medicine, poison and canibalistic rituals. They believed that they should eat the dead period, the animals, the insects, their dead. Alex, the woman not the motorcycle or horse, came to know someone though on a raiding party who tried to educate her of a better life. They found love beneath the stars and over time looked to distance themselves from the Cents they had come to know.

Her dad died by a raiding party before Ashley was born. When Ash was old enough to understand she was told by her mom, that the collection of socks was thanks to mostly what her dad had gathered for her. She would continue to try and help that collection glow as Alex, the person not the bike or motorcycle tried to teach Ash anything and everything she could. They would trade almost anything for books, and from a early age Ash was taught to trust in nobody. Until she was fifteen when for Alex, the bike not the person or horse was offered for Ash's mom.

The motrcycle was worth a trade, but slavery was not how an Ashworth was to die. It was expected for Ash to go into the camp of Cents at the dead of night and kill Alex, her mom not the bike or horse. She with a heavy heart went on to do so. Soaking an arrow in poison and firing it into the heart of her mother. Sense then it was her and Alex, the bike not her mother or the horse. Getting by on Ash's own mostly until the motorcycle gave out five months ago. Where she then would steal Alex II, that's the horse not the mom or motorcycle from a camp of cents.

Skills/talents: hunting/fishing , crafting, navigating, cooking, hiding, lock picking, surgery, remembering stuff, medicine and poisons, knife fighting. Mostly though in archery, a focus growing up had been in trying to not know a dozen fight styles or weapons but be a master of two. The focus as such is on the bow, making arrows, making different arrow heads when needed, and having the senses sharp enough to be astoundingly efficient with a bow. With knowing how to use the bow in close range for melee if need be, or in particular using arrows for melee weapons. While she focuses on the bow the second weapon was knife fighting. She's not the best in a fist fight, give her a knife though and one might be surprised how far she gets.

Personality: The kind of girl who collects socks, and trusts nobody? That not a answer? A sort of snarky quiet young woman who usually is kind of distant even when with others. She's incredibly studious with hearing and eye sight that seems to rarely miss much.

Others view me as: The quiet woman who collects socks

Miscellaneous: her favorite socks are the knee high pink ones with some sort of sailor girl, cats and moons on them. Second favorite is purple and fuzzy. These are reserved for sleeping or special occasions.

@Azra @Argonaut24 Both look great! If y'all'll put these characters on the CS, you can go ahead and jump into the rp! Thank you!
Top
Post Reply
44 posts