Monster behind a mask (CS)

Monster behind a mask (CS)

Appearance: A small round face that is usually frames by her long blonde hair on either side. Large Cobalt eyes with thick black lashes and naturally straight teeth hidden behind her pale lips. Her large doe like eyes have a violet tint around the iris, making her dark blue eyes appear purple in the light. She has a small, petite build from years of horse riding, with a narrow waist and long legs. She's curvy, making her look well in most dresses. Due to more pressing matters, Lilith had cuts, scars and bruises over her back, because of the causes of those marks, she had grown quite cold towards humans.

Personality: Despite her abrupt nature, Lilith is always been one to help out as much as she can even though it can sometimes put herself at a disadvantage. She is always eager to give a hand to anyone who needs it. She's a proud person and is unlikely to ask for help or accept it when she is offered it. Although she puts on a brave face, she is very sensitive and emotional when others raise their voice to her, turning very quiet. When she warms up to someone, she will do everything she can to keep them happy and healthy, even if her health declines because of it. Over the years, she has put her life on the line to shelter other vampires who have become under fire from authority, in many cases, killing the population of a small town in the process.

Background:
God created both Adam and Lilith from the Earth, but there was soon trouble between them. Lilith refused to take a subservient position to Adam, since she came from the same place he did. Lilith left Eden and began birthing her own children. Lilith roamed until she settled Babylon, Iraq until she was chased out by those around her. Once they found that she drank blood to survive, those who had known her their whole life turned on her. She spent a while traveling, gathering money as she moved around until she found somewhere, she could settle down for a longer stay in London.

Although she did not start out as a true vampire, she was cursed to never get joy from food nor wine, the taste souring in her mouth and turning to dust in her stomach. Unable to eat the food she used to, she wondered around weak and weary until the scent of blood from a mauled animal smelt like the sweetest of honey to her. Starting on animals to quench her thirst, she was never strong enough to fight those around her and when they came to run her out of her house, she had to flee before she became nothing but a pile of ash. Before she was driven from her home, Lilith was always one to help as much as she can even though it can sometimes put herself at a disadvantage. After the whole affair in Babylon, she had turned bitter towards everyone around, preferring to surround herself in lavish items and vampires who can distract her from the dull pain she constantly feels. To further separate herself from the pain of Iraq, she changed her name to Artimas and hid herself away. Parties and paying for humans to drain kept her numb and with the arise of Jack the Ripper roaming around, there has never been a better time to indulge in all the pleasures of the vampire life style and she wasn’t exempt from this. Although she was by far the oldest vampire, she kept away from the counsel, not wanting to be apart of the noise and annoyance of the job. 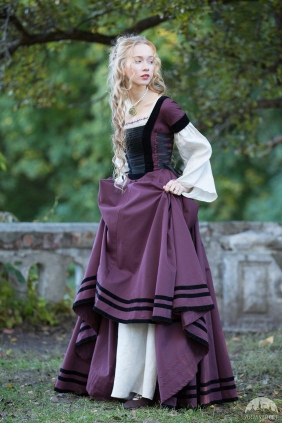 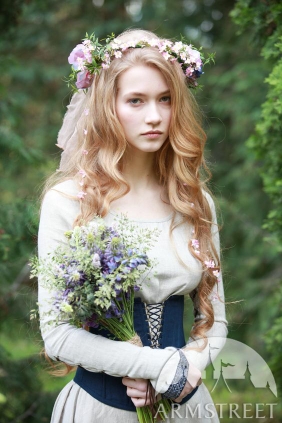 Name: Mary Elizabeth Miller
Species: human
Age: 20
Height/weight: 5'7"/120lbs
Appearance: Completely average in height and build, if only a little on the thin side. The only remarkable thing about Mary is her very light blond hair that tends to curl. Almost white in the sunlight . Her dark brown eyes as well are perfectly average among Londons other inhabitants.

Background: Mary was born and raised in the Whitechapel district of London. Although never wealthy, her family was well-to-do for the area. Her father is the owner of a tavern and inn that has enjoyed great success for many years. Out of this business front he has also sold stolen supplies. Since Mary was grown enough to walk the local area, she has run messages or errands for her father's business, and seen to the basic needs of the household. This frequently takes her into the streets at night. Her mother's health has been fragile since losing her last child in childbirth. Her mother lost 3 other children during pregnancy or birth, with Mary being her only surviving child. Even so, the small family is happy enough. The catholic religion has comforted them their losses. Mary's mother at least has found peace with the loss of her children because of her faith.

The horrific murders nearby have everyone living in fear, and Mary is no exception. She is not close to any of the working girls under the blade, but she certainly knows of them and sees prostitutes in passing. Like anyone else, she isn't sure it is only prostitutes being slain. So she lives in fear whenever she has to attend the basic needs and tasks of the household that her mother is not fit enough for.

Mary also has a suitor who has been courting her for the past few months. As a young women of marrying age she is expected and encouraged to entertain suitors. Yet she fears leaving her mother without her help, and knows marriage will take her out of her parents household.
Top

Very nice. We could start now and allow others to join as they please. Its going to be a little bit of an introduction, so a day or so of just going about their lives then I'm going have a party of Artimas' housr for vampires and humans.

Sounds good. The only reason I can think of why my character would attend something like that is if her parents push her to attend because there may bachelors. Oo, oo or if her father's black market sales have grown bigger than she knows and he brings her along to socialize while he attends to business times. Like if you want him to be in the know about vampires, or at least that something might be up. Feel free to do what you want with that character. I will only write about him in the context of how Mary views him.
Top

Its sort of a situation where at random some humans are invited to attend so that vampire's selection pool is widened. So the letter would be sent to a household be it nobles or civilians where the vampires would sort of have their pick. Rather than just being snatched off the streets. There are potential for expanding his business there too. I'll work on a post tonight

That link doesn't work for me for some reason. What is it for?
Top

Its the link for the role play post where I posted my starter post. If the link doesn't work, the posdt should be the first in the intermediate role-playing section
Top
Post Reply
8 posts • Page 1 of 1