How To Train Your Demon CS

How To Train Your Demon CS


PERSONALITY: Ilaria is loud, stubborn and aggressively opinionated. She is quite free spirited and honest, almost to a fault. She can be quite a pessimist and impatient, but deep down she is very thoughtful and caring. If someone is in trouble or in need of help, it is hard for her to ignore it. She'd give the shirt off her back if someone needed it and tries to keep an open mind to be as understanding as possible. She is very closed off except to those close to her, which are few. Only they can see the real Ilaria.


BACKGROUND: Ilaria is the only child to Wells and Sylvia Northwood. She is not very close to her parents after she left for college. She is the Great Great granddaughter to Thane Northwood. The Northwood family has secretly summoned demons and created binding contracts with them for centuries. It wasn't until some time in the twentieth century that this practice was forgotten in the Northwood family. After Thane's death, his estate as well as all his assets are to go to Ilaria and Ilaria alone as stated in his will.


DEMON CONTRACTS: A demon is summoned using an incantation. Once summoned the demon is trapped within a binding circle drawn on the floor before the summoning. The demon is then forced to sign a contract that will lead to a life of servitude and compliance. The contract master and the demon recieve a matching mark somewhere on their bodies, evidence of the contract that binds them. From that point on the demon can not hurt or disobey their master or it will cause them harm. Due to the nature of immortality that demons posses, they can only escape the contract by death from a special weapon. Otherwise their contract is passed down the line of succession, the mark passing along to the new family member. There is only one exception. If a contract master feels generous, they can expel the contract, but this a very rare occurence.
Last edited by ariagrey on Fri Jul 03, 2020 1:17 am, edited 1 time in total.
Top

Re: How To Train Your Demon CS

If I need to fix anything don't be afraid to let me know! 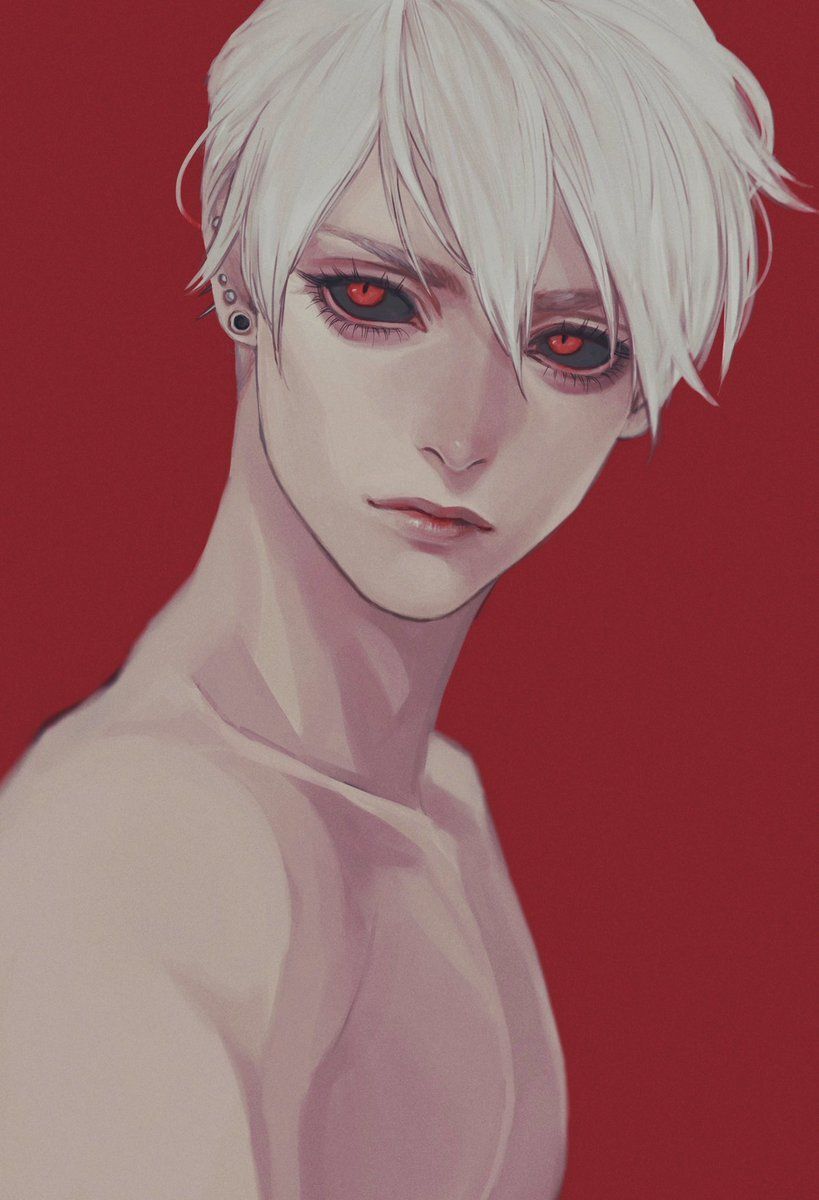 Alex has snow-white hair, the greenest eyes (when they aren't flashing blood red), and pale, pale skin. He stands at about 6'1. The body he currently posses appears to be of Asian descent.

PERSONALITY: Two-faced, cocky, charming, devious, manipulative, selfish, evil... these are all fine words that may describe Alex. But due to his.. profession, he must put forth a suave façade. He may appear alluring and smooth, feigning trustworthiness and integrity. He can also be sarcastic, with a dry sense of humor and a quick wit.

BACKGROUND: Much isn't known about Alex's background, seeing as he's quite old and he usually doesn't speak about past contracts or about himself very much. One thing that is very important is that he once held deep feelings for Ilaria's Great Grandmother (the one she resembles) but human and demon relationships are forbidden, especially those under contract. It also goes against everything he stands for -- cold-hearted and independent.