If you're willing to consistently post a paragraph and want more depth than casual, try this on for size. (5-10 sentences per post, on average.)
Forum rules
Post Reply
10 posts • Page 1 of 1

A perfect paradise on a continent crafted by the ten deities known as the Guardians. The land is covered with opalescent grass, with trees made of opal littering the landscape and gather in large, glittering forests. The flora and fauna are unlike anything seen elsewhere on the planet. Crystalline plants and animals, as well creatures found in human mythology. These creatures lived peacefully alongside the Serenians, the inhabitants of the world. This was a perfect, peaceful world with no pain, suffering, war, or greed.

Things remained this way, watched over by the deities, until millions of years later, when five of the Deities became bored with the perfect world. They grew annoyed and betrayed their brothers. They left the main continent and created their own, Chaotica, in opposition to the world they once loved. They also altered themselves, and what they represented, to directly combat their brothers. They were now dark deities, creating a race that knew only darkness, hate, and war. The intent? To destroy the Serenians.

The Chaotians invaded Serenia. The war that ensued was devastating. Even though the Serenians never seen war before, the deity of protection, Potesen, gave the people what was necessary to fight back. Both races were on par with each other, and there were equal losses on each side.

After millennia of fighting, the Chaotians withdrew. All ten deities had grown tired, having fought each other alongside their people. Long ago, their powers had been manifested into a crystal. This crystal had been used to create the Serenians. When their five brothers betrayed them and turned evil, the conflicting powers caused the crystal to split into two separate crystals. The Pure Star Crystal was the original and became the symbol of the Serenians while the Dark Moon Crystal became the symbol of the Chaoticans.

With the last of their strength, the deities of Serenia managed to take the Dark Crystal from their dark brothers, and sealed it away within the castle.

The deities went to sleep after the war, and everything became peaceful once more.

With the originating deities asleep, other deities had come into existence in their absence, deciding to fill the rest of the world with their own creations. Another continent was created, filled with humans and other species and manner of life. These new species, in their infancy, haven't quite discovered the two other continents that reside on the world that they call Rietun and are unaware of the Chaoticans stirring once more.

Within the hundreds of thousands of years the Chaotians had laid silent, the Serenians had returned to their peaceful ways and buried their horrific memories of the past, as well as their weapons. The general population of the continent are unaware of the new continent, though the king and Queen knew of it. Now the Chaoticans, who had been preparing for another attack on Serenia, have begun to move in on the unsuspecting Serenians and began their attack.

At the first signs of danger, the Serenian king and queen sent their daughter and a guard on a ship to the third continent, with the Dark Moon Crystal. They needed help, but knew that it was a very slim chance of anyone willing to help strangers. To aid in this, the ship also had chests of gifts.

The princess knew, though, that there was a large chance that she would never see her home again.. or that they would return to find it in ruins.

This is a really awesome idea, I would love to join in
Where's our sacrifice?
Oh, get off the cross, we need the wood.
Top

I'm glad you like it. It's a fantasy rendition of original backstory for the first character I made. The third continent is left vague so it can be pretty much anything you'd want it be. It could even be modern or futuristic.

Sorry about the wait, I fell into a rut with my character. I decided to step away for a little bit until I feel like I can actually write again. I'm gonna see about finishing it up over the next couple of days though.
Where's our sacrifice?
Oh, get off the cross, we need the wood.
Top

Name: Mysterica
Age: 19
Gender: Female
Species: Serenian
Occupation: Princess
Weapon Expertise: None
Personality: Mysterica is completely naive when it comes to how things work outside of Serenia. Life was perfect, and she doesn't know what disease, or evil, or lies are. She thinks everyone's a good person, and trusts everyone without question.
Short Bio: There isn't much to Mysterica's life. She learned about the history of her people, the Chaoticans, and what she needed to do when she took over Serenia one day. Everything changed when the Chaoticans started their invasion, and fled with the Dark Crystal to the third continent to find help.
Extra Info: Her hair looks and feels like liquid silver
Appearance: 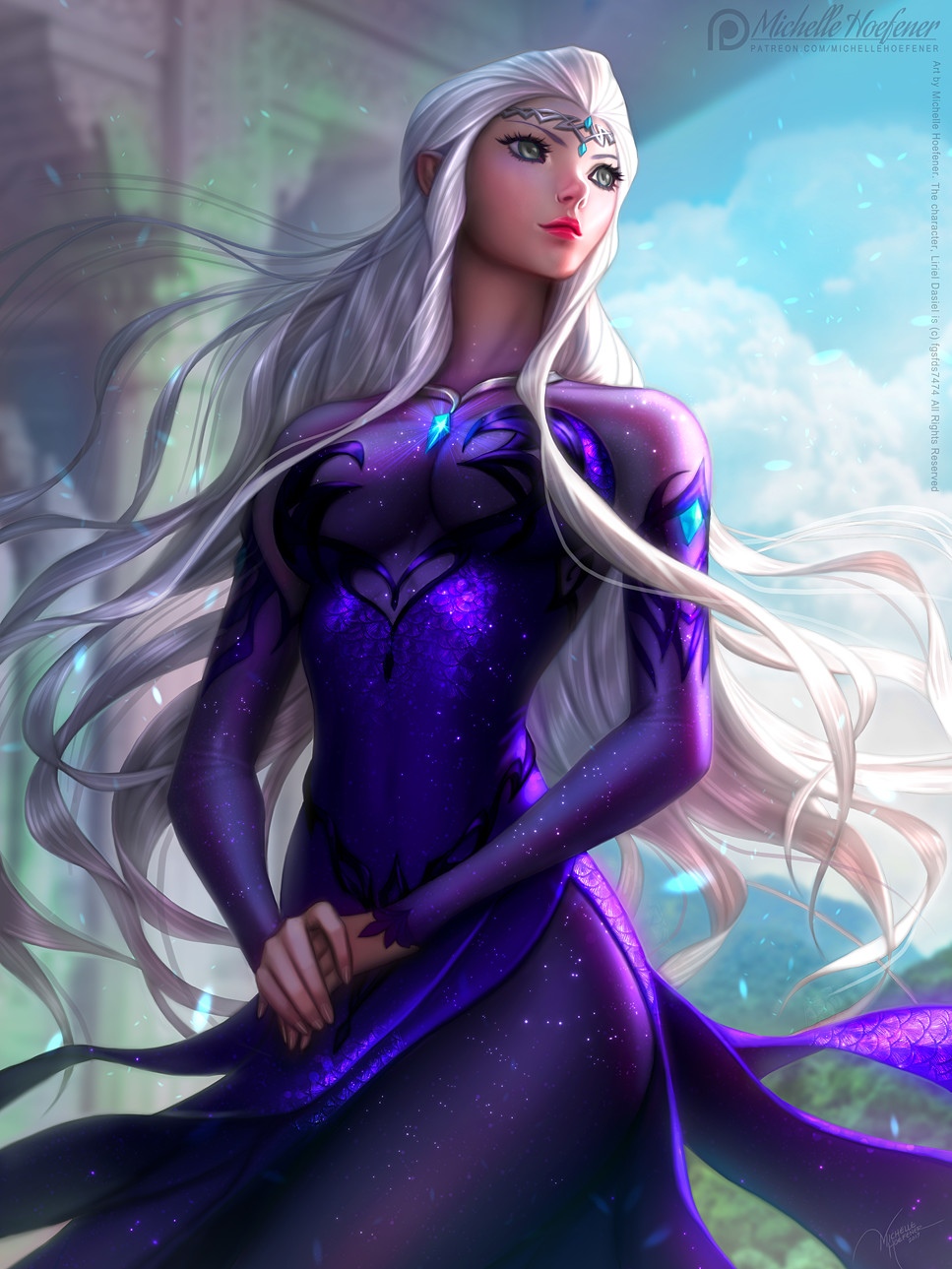 Personality:
Calm, independent, inquisitive, and clever. What better way to describe Raina? On the other hand, she is often headstrong and blunt, of which can partially be attributed to her free spirited personality. She isn't much of an expressive character even around friends. She likes to joke that her expressive and emotional side is surrounded by a wall of sobriety. Well, she isn't wrong about that.

Raina was born a half-breed; an elf mother that she would never know and a human drunk as a father. As the only non-human in her small village, she faced a lot of prejudice from many in the village. Unsurprisingly, Raina found herself wanting to escape and carve out a new life for herself. A desire that became much more realistic when she found her calling with the bow. As she continued honing her skills, she began to tamper with her innate magic while finding ways to incorporate it with her archery. At the beginning of her 16th Spring, Raina left all that she knew in order to find her true place in the world, adventuring and helping others with her skills.

Where's our sacrifice?
Oh, get off the cross, we need the wood.
Top

Welp, tried and failed to summarize my bio so it could be short... anyways, I'm just keeping the actual one for my reference. For whenever it will be relevant I suppose
Where's our sacrifice?
Oh, get off the cross, we need the wood.
Top

Species: Human (Born as a Lycanthrope to a people known as the Loup-Garou.)

Occupation: He is the son of his peoples leader who is known as The Raja. As such his true job is to one day guard and rule his people. For the time being however he acts as the commander of his countries boarder control forces. In order to protect his people from those who do not understand them and wish them harm.

Weapon Expertise: Spears, quarterstaffs, swords, daggers, throwing weapons, whips, bows, crossbows, rifles, and pistols. (While he can use all of these he doesn't carry all of them at once. Instead he just carries a selection of certain ones.)

He could also be considered a weapon himself because he is trained in hand to hand combat, unarmed combat, and in a selection of martial arts.

Personality: He is usually very serious and stoic because of the fact that he has been raised to always put his peoples needs first and to focus on his duties as their prince. Nevertheless, he can be a bit of a joker and prankster from time to time whenever he knows that it won't cause any real problems. He is kind hearted and has a stronger connection with the animals and plants of his country than even most others of his own people. He truly cares for his people and helps them personally when he gets the chance. No matter how small the task may be. He is a dedicated warrior who embodies the ideals of courage and honor.

Short Bio: Curan was born to the leaders of the mystical forest kingdom of Wealdeerie he has always been raised to consider his countries interests first. That is because nearly all people who live outside the Arborfell forests, which make up his kingdom, mistrust and misunderstand his people. Thankfully the forest itself is a natural barrier to those who might wish harm on his people from the outside world.

Magic flows through the forest which makes outsiders not be able to pass through it without getting lost. On top of this many mythical, strange, and also wondrous creatures call the Arborfell their home, and they are not welcoming to outsiders. As one of the Loop-Garou he is a part of the forest and it's creatures. He was trained to know and understand all of the intricacies of his kingdom, the forest, and those who live within them.

Trained as a warrior and the future leader from a young age he has always been a focused and serious person. He was brought up to read people so as to be able to judge their true intentions as quickly as he could. That way he would know which outsider could be trusted amongst his people. But magic is not what the outside people fear from his people and their home. Because magic is known throughout all the continent of Mystofarous. What the humans that cover most of the continent fear is the similarities between the Loop-Garou and the more common and savage werewolves that appear across the continent.

This has caused more issues for his people than any one people should have to experience. Yet they still lat lest at times interact with those from the world outside his kingdom. This is how he found himself in the port city of Aquarous where he was about to get the surprise of his life. Soon he would learn that the old legends of his land were in fact true and not merely just stories to fascinate and terrify the young across his continent. 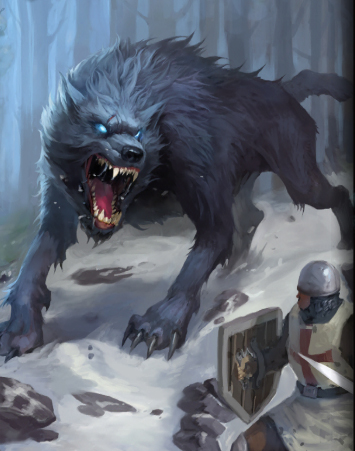 This is what Morthril looks like. Morthril is easily large enough for Curan and two other people around the same size as him to ride on his back.

Appearance:
Human Form: He is 6'2" tall with black hair and silver eyes in this form. 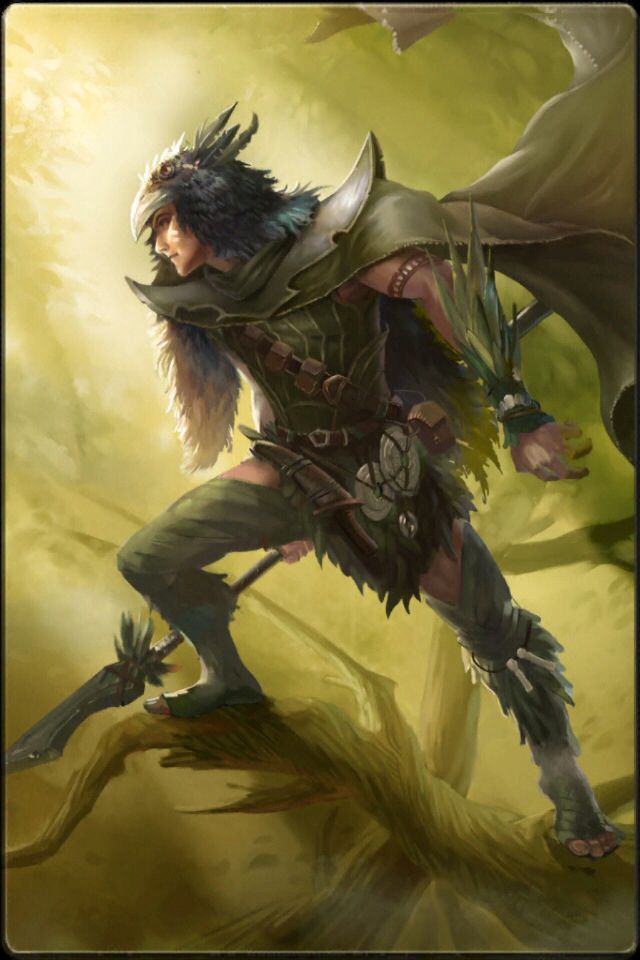 He prefers to wear clothes made from materials and colors that allow him to easily blend in with the look of his forest nation. Regardless, there are much more regular styles of clothes available to be worn by him if he needs to change his look to fit in.

Werewolf Form: He is 7'1" tall with black fur and red and orange eyes in this form. 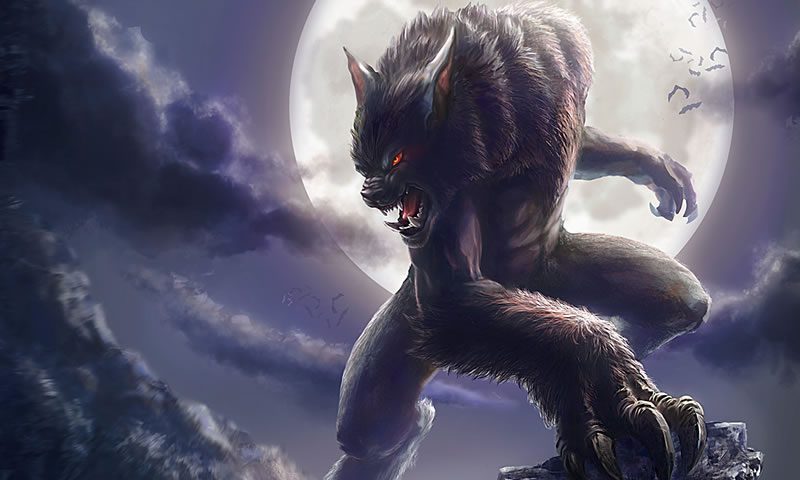 Stand up for what you believe in, even if it means standing alone. - Sophie Scholl
Top
Post Reply
10 posts • Page 1 of 1