If you're willing to consistently post a paragraph and want more depth than casual, try this on for size. (5-10 sentences per post, on average.)
Forum rules
Post Reply
5 posts • Page 1 of 1

I tried this before as a group, but now, I'm trying as one x one while fleshing it out more and changing certain details.

"One in four, we were warned that any of our kids would have a one in four chance of being normal." A woman spoke, her voice breaking as she was hoping for that small chance to be what would happen with her daughter. "Zelda, you had to have guessed it was coming, and you could sense it when you first held her in your arms. She was going to be like us no matter what." A man spoke, embracing Zelda as she felt like the world was crumbling. "Michael, we have to get her out of here. They could show up at any moment, and she'll be in danger if we don't do anything." It was at this point that their daughter walked into the room holding a flashlight, the power still being out for their town despite it already being two days since the attempt to fix the fuse caused the blackout. "Mater, Pater, what are you talking about? Who do you mean when you say them?" Zelda motioned for her to sit on the bed, and it was clear that there were secrets that had to come to light. "Emma, do you remember when you asked me why I was in danger when you found out that I ran from home at your age?" Emma could remember asking that at her grandfather's funeral, and before then, she hadn't even realized that something had happened that was the catalyst for her being here today. "Your father and I both had to leave our homes when we were sixteen, and we had a part of our genetics activate that activated in you as well, though we didn't want it to activate in you." There was no way a gene could activate, not unless it predisposed someone to a type of cancer, and that made Emma confused as her father spoke. "Your mother and I, we're what's known as a type of human known as an Elemental, and we met at a safe haven for those like us. They told us that because we were different from normal humans, there was a twenty-five percent chance that a child between us would never develop powers. Different types include Aeros that use wind, Terras that can control the earth, Pyros that can temper fire, Hydros who can bend water, Umbras that use darkness, Electros that have the strength to use electricity, Kinetics that can control energy, Cyros that can shape ice with their bare hands, Photos that can blind others with their light, and Atmos who can change the weather like humans change their minds. I'm a Terra, and your mother is an Umbra, but we have to get out of here before they come." Even though she had a hard time believing it while having so many questions, she hurried away to pack before she could risk being caught in case they were already swarming her family, but she still had no idea who "they" were. By the time she had a backpack full of supplies, it became clear that whoever "they" was had managed to get to them. With their flashlights pointing every way, she could make out the crest of the group that had made her parents so anxious when her friend had to leave after managing to freeze her pipes in the middle of August, and realized that the stories she was told as a child that out her to sleep were indeed real.

The Hunters had come for Emma, and all because she was an Elemental, so she ran, and never looked back.

Emma Winters is lucky to have made it out of her house as the Hunters descended upon it, her Element having revealed itself despite her parents wanting it to never do so. After weeks of being on the run from those that wish her and those like her dead, she managed to stumble across a small town that was being paid to keep its silence about a base they were hiding that was home to Elementals across the United States. Led by the Kinetic Roscoe Dela-Rosa and Atmo Olivia Frost, the base has flourished despite Hunters being unable to locate it, but the newcomer is unable to be identified by any names they know. She's placed in training and classes to help her gain control of her powers, but it starts to become clear that she doesn't show only one Element. So they partner her up with (insert name here), a slightly older Elemental that's still in training until the three year mark of their arrival at the base, and they get along well for the most part. Emma adjusts to her new life well, and finds out more about her parents than anyone else in her family could tell her.

Then the Hunters begin to strike, their actions becoming too much for many to sit back and ignore.

As it turns out, Emma is a type of Elemental that hasn't appeared in centuries known as an Omni, the only Elemental that can use all nine Elements where an Atmo can only use six of them. As she trains to use all of her Elements as they manifest, she stumbles across the former leader's journal that makes a startling prediction: the appearance of an Omni will be the catalyst for war between the Elementals and the Hunters, and they will also be the key to winning if they can control their powers. Bringing this up to Roscoe and Olivia, they reveal that they guessed she was an Omni when she showed up, and they didn't want to admit it in case she turned out to only be an Electro as she appeared to be at first. (Insert name here) continues to push her despite her powers being stronger than were initially thought to be, and then the Hunters make a move that forces the Elementals to declare war while shattering Emma in the process due to what was involved in the move. She's left trying to decide between giving up everything to make sure the only place she felt as though she belonged at will remain safe, or if she will risk her life to fight with them as the war progresses. Will she be able to make the choice, or was it already made for her when it comes time for her to fight?

Overview:
You are an Elemental that had to come to the base when you were sixteen, and you could've had ways of getting there when your Element manifested. Despite that, you flourished as you went through training and classes, and it was clear you were going to become either a Teacher or a Recruiter once you aged out of training and classes. Yet with Emma's arrival and her quickly turning out to be an Omni, you're paired with her to help her learn to control her powers that come with her Elements, and war with the Hunters is looming closer with each passing day. When the Hunters push too far, you're the first to realize why she broke down after it's revealed, and you make her use that to help with her training as an outlet. However, you weren't aware that she was debating on playing the martyr, and have even began to see her as either family or more (up to you to decide which one). 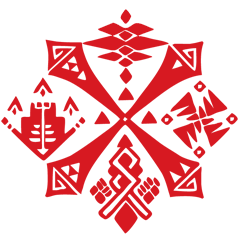 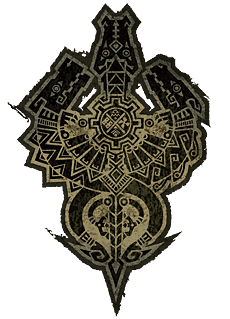 Bump.
"It's only a nightmare, and soon we'll be set free." - NateWantsToBattle
Top
Post Reply
5 posts • Page 1 of 1