If you're willing to consistently post a paragraph and want more depth than casual, try this on for size. (5-10 sentences per post, on average.)
Forum rules
Post Reply
53 posts

Note: I'd like everyone to write a number from 1-10 at the beginning of their character sheet. When we begin, I'll randomly roll the dice, to add an enchantment of sorts to a character's starting gear. At the beginning, it will remain a secret, unless you find out about it somehow. However, it will not be my character.
Keepin' it 100~
Top

Alias: Ithran (Honory title give to those who prove to be exceptional Pathfinders at a young age amongst the tribes of the Loup-Garou.)

Race: Loup-Garou (Unlike Lycanthropes, which are created, Loup-Garou are born with the innate ability to shift into a humanoid anthropomorphic wolf.) 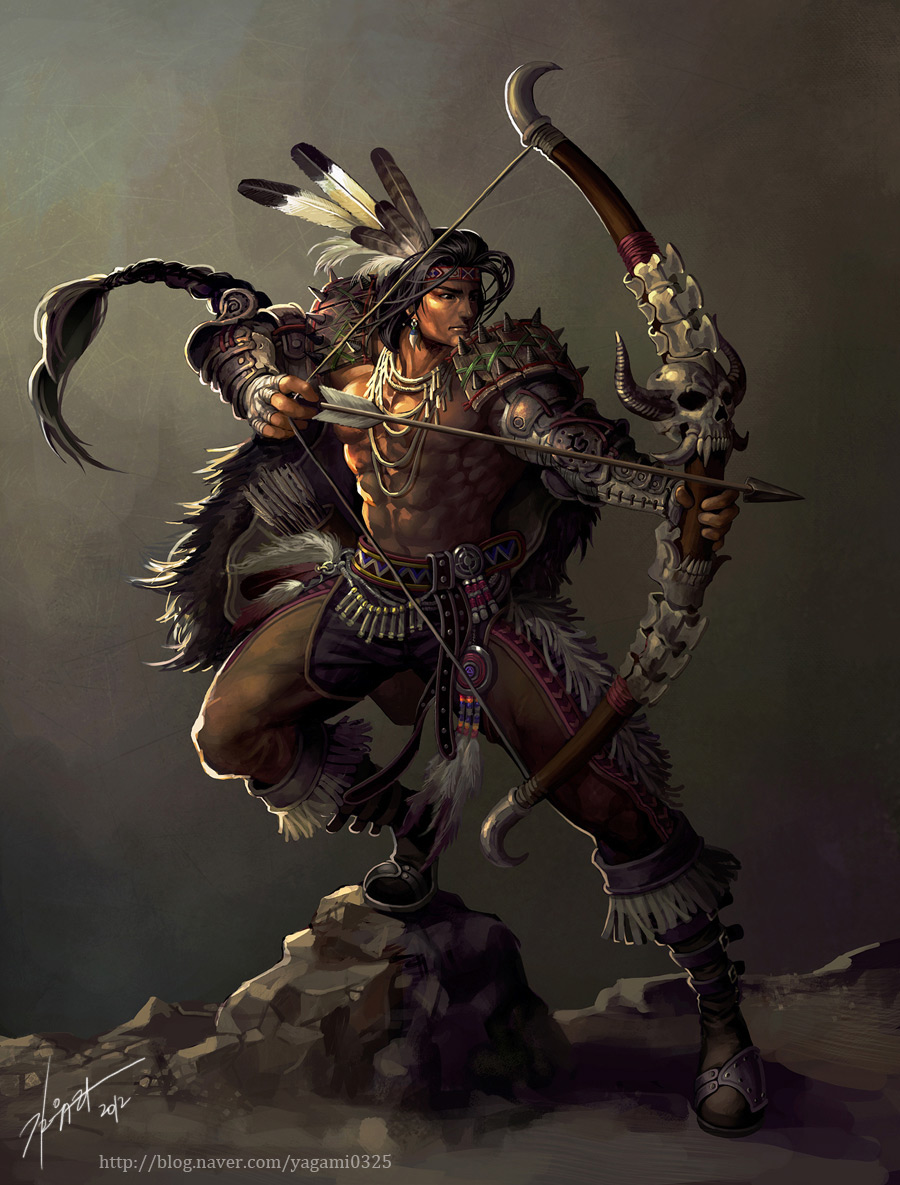 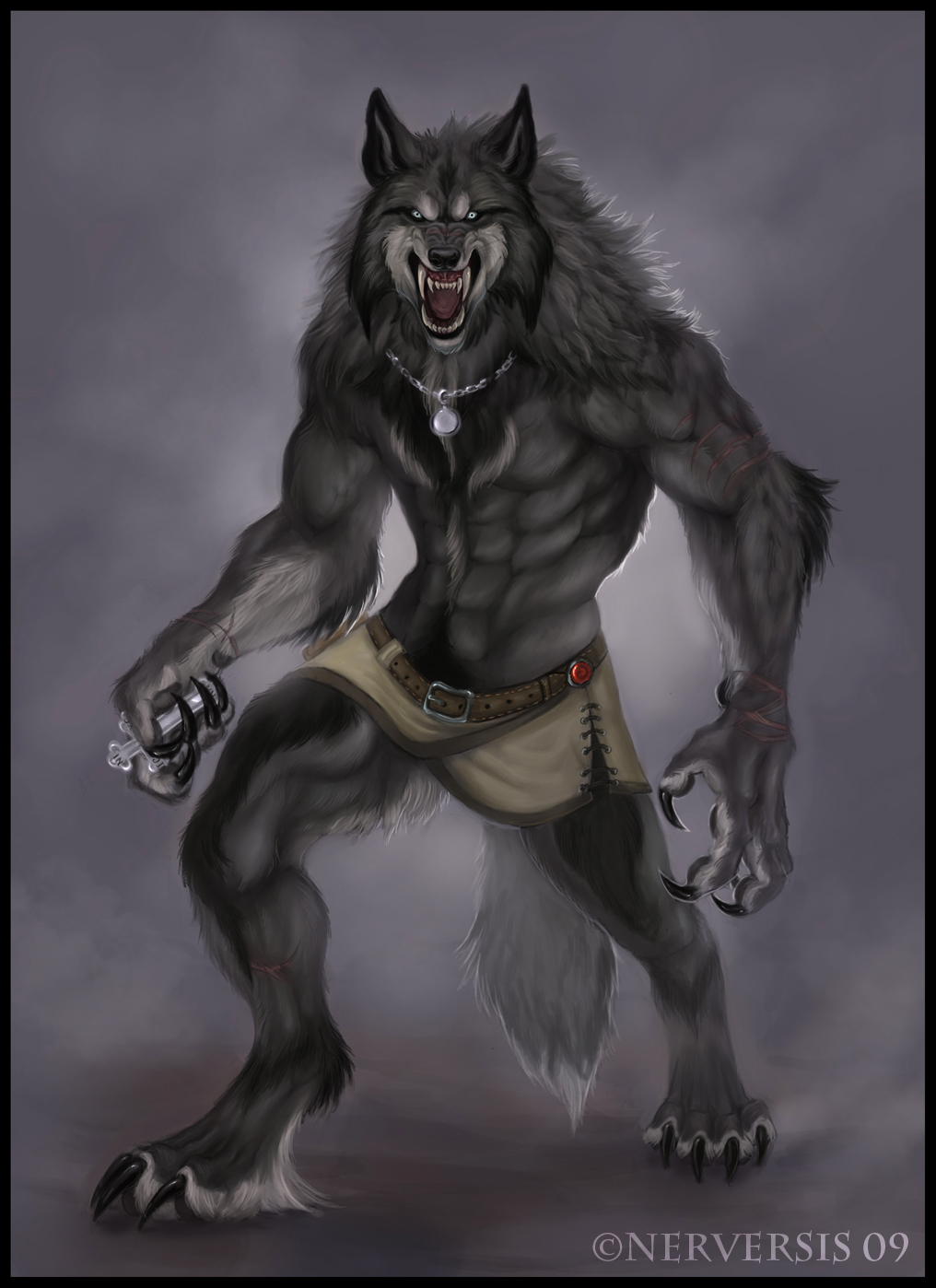 Personality: Cheveyo prefers to be addressed as Ithran. However, he has learned that many outside of his people give little thought or consideration to the traditions of those from other races. He is a kind and compassionate young man who has learned to be patient at all times. It takes a lot for him to lose his patience but when he does those on the receiving end regret making him angry. While it is true that he is intelligent when it comes to survival skills, knowledge of the wilds, how best to deal with wild animals, and things of that nature. It is also true that he understands very little when It comes to living in cities, dealing with large numbers of citizens, proper etiquette, and other things that are expected of those who dwell in more "civilized" areas. He is willing to be trusting of people fairly easily but once they have betrayed that trust it is nearly impossible to earn it back.

Religion: The Pathways of the Sacred Spirit. It is the religion that all Loup-Garou who have been raised by the tribes adhere to, and most Loup-Garou outside of the tribes as well. The belief states that all people are equal and are all the children of the Sacred Spirit. It encourages its followers to do what they can to aid others in having the best life that they can have. But at the same time it condemns those who try to live off of the works of others when they have the ability to take care of themselves.

History: Like all Loup-Garou Ithran grew up being taught that life should be spent in the service of the Sacred Spirit and for the betterment of the tribe. As with all children he spent the first few years of his childhood being instructed in the basics of what all members of the tribe did so that he would find where he belonged. He chose to study under his father as a Pathfinder. Although it's not unheard of for children to follow the same path as their parents it's not something required amongst the tribes. A noticeable difference between the life of the tribes and most other civilizations of the land. The way of the Pathfinder is one of the most difficult and respected positions and few are skilled enough to gain the title of Ithran. As few show the necessary skills needed to do so before reaching adulthood. Much more commonly earned is the title of Gether which is gained by those who finish their training after reaching adulthood. Adulthood amongst the tribes is considered age sixteen and is when the young of the tribe gain their tattoos that show their place among their people. Ithran is joining the military as all members of the tribes do in order to maintain peace with the Empire. So that they can continue to peacefully travel the land as they follow the path of the herds that they hunt to support their livelihood.

Magic and Abilities:
-Like all of his kind he is able to transform into a anthropomorphic wolf. One think that separates Loup-Garou from Lycanthropes is the fact that Loup-Garou can transform whenever they want to. Some other differences are the fact that they have full control of themselves at all times in their Anthro forms, and that the phases of the moon holds no affect on Loup-Garou at all.
-Though not a magical trait he is also an exceptionally skilled tracker.

Occupation History: He spent his youth learning the ways of the Pathfinder under his father. Because of this he knows how to find the quickest and safest paths over rough terrain and can even follow tracks through these areas when others would lose them.

hm... she usually has her own agenda, and joining an army isn't exactly on that.

She might show up at random plot times for reasons.

I'm not trying to suggest that there is anything wrong with there being so many Atheists. I just found it interesting because of how Snake described the major religion as being so important to the Empire. Yet I think his character is the only one who actually follows it when it comes to all of our characters. I mean my character follows a religion that is basically only followed by those of his own species and I'm fairly certain he is the only other character to actually be dedicated to a religion at all.

Edit: So I just double checked and I was correct. Franziska is an admitted atheist. Judah and Nero both masquerade as followers of the Faith of the Divines but are actually atheists. Lucius is the only true follower of the Faith of the Divines. And lastly my character, Ithran, follows the Pathways of the Sacred Spirit. Which is his peoples religion. This should be a really interesting group to have working together once the facts about them start becoming known to each other.

Yeah and honestly the reason Franziska is an atheist is because actually doesn't know enough about any religion to be considered apart of them
"I'm in lesbians with you." Scott Pilgrim
Top

That just makes it like ten times better in all honesty.

I'm currently working on a CS, but I just wanted to make sure this is still open
Where's our sacrifice?
Oh, get off the cross, we need the wood.
Top

We are always open, hop in when you like
Keepin' it 100~
Top

When do you think we'll start?
Top
Post Reply
53 posts