If you're willing to consistently post a paragraph and want more depth than casual, try this on for size. (5-10 sentences per post, on average.)
Forum rules
Post Reply
22 posts

Not sure if you're still accepting people but thought I'd try!


Name: Raven Montgomerie
Age: 18
Appearance: Black hair cut short, large amber eyes, and freckles. Their skin is light and almost translucent. They are thin, almost unhealthily so. They are very androgynous.
Personality: Raven is very fiery and determined. If you get on their bad side, you will not hear the end of it. They can be slightly impulsive sometimes and will jump into confrontations without thinking about it. They are determined to find out what happened to them, why they are here, and where they came from. Raven feels like they have forgotten something extremely important. They get bored easily and don't like to rest or be still. Raven like swords (enough said). They also enjoy playing the violin.
Gift:
Magic Type: Conjuration
Technique: Excalibur: can conjure different shaped swords that only Raven can use.
Gear: Dagger, a violin
Last edited by TheNerdyHobbit on Wed Oct 02, 2019 1:48 pm, edited 3 times in total.
Top

Hey yeah we're still accepting but I got a couple correction for your character sheet. First replace all the they's you used with your characters name they just feels annoying and out of place. Second your character sounds more like a conjurer to me if you're cool with that you could give your character the ability to summon swords of varying shapes and eventually summon shields and armor as well. Just a couple tips
Top

Conjurer sounds good! I used they because my character is nonbinary and their pronouns are they/them. I acknowledge my writing wasn't the best, but uh midterms have destroyed my brain. When I roleplay I will likely move between using Raven's name and their pronouns
Top

Raven is accepted say something next time so me or other gm's can get back to you faster. We'll start either today or tomorrow
Top

Hey guys, just wanted to say everyones post so far have made me love this rp already I can already tell Ravens fiery personality will lead to some great development between characters and Anonymous, you keeps surprising me with the length of your post despite not much happening I love both your characters and my own

CS (I don't know if you're still accepting but I can be some late insert; it'd make sense considering his personality.)
Name: Code
Age: 20
Appearance: 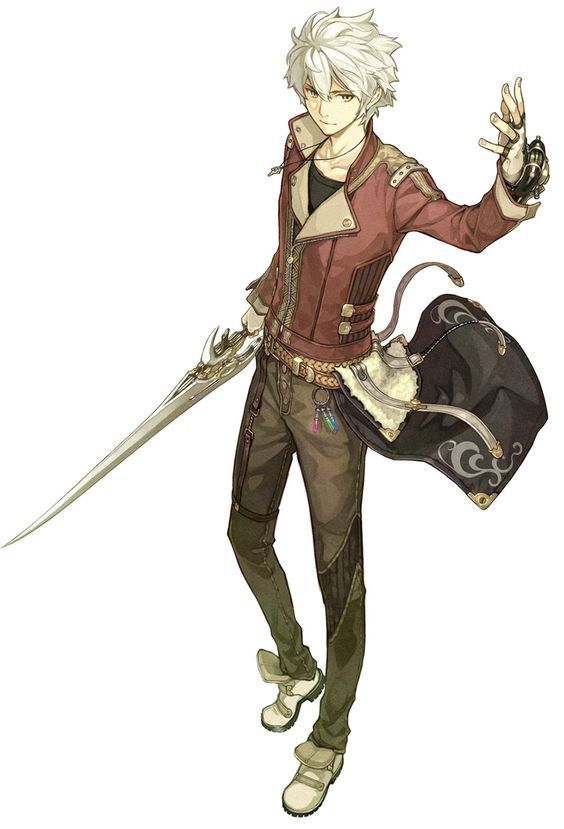 Personality: He is a shit-eating grin personified, Code rarely takes anything seriously even himself. He likes to agitate, inflame, and enrage people who he can do so with impunity. He is the maestro of getting on people's nerves. The metaphorical pyromaniac who pours gasoline on an open fire. Code's outward personality is enough to drive most people away, but if you get to know him more (if you don't strangle him first) you'll find a complex character. He is empathic and cares deeply about his friends because he knows that they can bear with him. He is an involuntary loner who wants to be friendlier but is a creature of his nature. He is also strangely: a poet. He is still a massive twat.

Gift: (leave blank. Gifts will be given to you as you progress and will be based on personality and how your character evolves and interacts.)

Magic Type: Enhancement
Magic techniques: "Fuck off and die"
-This enhancement technique is usually cast with the words "Fuck off and die" as Code casts an enhancement on himself (he doesn't know if it works on others) granting him a massive physical boost of his physiology (think of steroids but magical) increasing his metabolism on hyperdrive allowing him to react, move, and fight quicker and stronger. It is a glass-cannon technique as it only lasts for 10 minutes before he suffers from fatigue and overwhelming hunger and thirst.
Gear: (In the picture; except for the sword)
Code uses a greatsword he calls affectionately the 'God Gifted Two-Handed Everything Killer Extraordinaire'