"ON THE GROUND, NOW!" screamed several men carrying riot shields and wearing swat vests. They slowly advanced on the scruffy looking man wearing a blank porcelain mask. He simply grinned behind the mask as he snapped his fingers.

I bet your wandering how i got here? Well, bad sitcom trope aside, it's a fairly simple story. You see, when a man loves a woman very very very much they have a child. That child, through some boring sc-fi crap, gets super powers. The man and woman give up kid to orphanage. Kid gets abused. Kid becomes a super-villain. Now, terribly generic backstory over with, we can get on with th-. Oh, you actually want to know what my power is? Well, that's new. Usually people just want to skip past that portion and find out themselves. Aren't you quite the inquisitive so and so. Just watch and you can make a wild guess. Annoying? Well good, i'd be a poor villain if you didn't want to punch me.

The snap resounded throughout the bank vault's shiny walls. The men, four in total, all gained a confused expression. "How did we get here?" one of the officers asked as he let down his riot shield and looked around, eyes completely glossing over the masked robber. "I don't know. I think there was a robbery in progress?" one of the other officers replied while the masked man casually strolled around him. "Then what are we doing in this empty room then?" the officer asked, not noticing as the masked man literally pushed him slightly so he could get to the exit.

The masked man turned around and gave a mock salute whilst yelling at the top of his lungs "AT EASE GENTLEMEN! NO NEED TO WORRY, FOR IT WAS ONLY NOBODY"

The four men didn't even spare him a glance as they began to try and puzzle together why they were standing an empty vault whilst in full riot gear.

Yeah, so i'm thinking about a superhero rp here. The plotline i'm running with is that people around the world have been randomly starting to get super powers. Two options happened to your character, they were born with powers or they suddenly woke up one day and had a power. Some people have decided to gather together and make superhero organizations while others became villains.

Your goal is to bring the villains to sweet justice and restore peace to this world! Or you could rule over this pitiful world and crush the pathetic heros.
Last edited by Cr25pltro6 on Wed Apr 29, 2020 2:21 am, edited 4 times in total.
Dungeons and dragons lite
Top

Alignment: (Are you more of a super hero or a super villain?)

Appearance: (A detailed description will be accepted, but an image is encouraged.)
Dungeons and dragons lite
Top

Bio: Lalou got his powers one rainy day with a surprise shift. Running around town as a squirrel, dodging cars, bikes, and dogs was the most harrowing experience of his life. What sucks is that Lalou is totally not a natural leader. He's desperately looking for a hero to tell him what to do. All hero's need sidekicks to hold their gadgets and Lalou is definitely ready to step up to the task.

I might be interested.
"Step one, crawl inside. Step two, the screws go tight, all round. Cross my heart and hope to die, stick a needle in your eye." 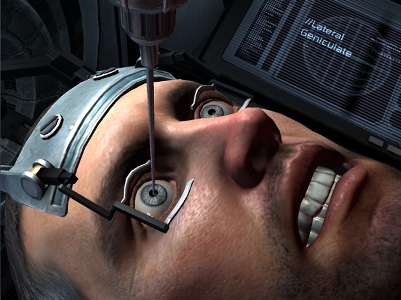 Nobody suspects the RPF Inquisition.
Top

As the purely ironic self-proclaimed king of superhero RPs back in Open, its only fitting I apply here. I'd love to participate if this RP is still on.

Superpower: Portal-style wormholes, typically, though he can choose the shape and size (within reason), and shields that can block a limited amount of physical (bullets, fists) and energy (lasers, lightning) based attacks. He's also pretty fit, though humanly so. He also has a "negative form" that grants him flight and renders him immune to physical and energy-based attacks, though to maintain the form he suffers potentially life-threataning side-effects.

Also, his powers work most effectively at night, cold climates, and generally energy-devoid areas; they are especially weak in hot climates, electric fields, direct sunlight, and other areas with lots of energy flying around.

Alignment: The overly serious hero. Think Batman, but with less money. He has what's needed to be a leader, though he literally fears spotlights and lacks confidence.

Bio: Johnson was born a freak. Somehow, somewhere, he obtained mysterious powers that could only be explained with advanced quantum physics. After studying him for the first few years of his life, the scientists concluded that he could manipulate both negative energy and virtual particles. But their subject quickly lost that power, and the research funding dried up as those dedicated researches were labelled as embezzling quacks. Though adopted by another family, the Johnsons, he led a fairly uneventful life. He strove to be like his adoptive father, and worked hard to secure a position in the police force.

And then, his power reemerged. Or, rather, he finally was forced to use it. Though a paragon of justice now, he was extremely rebellious as a child, and in one of the most critical moments for the research institute he had refused to cooperate. For the scientists investigating the authenticity of the "miracle child," this was the final straw to prove that he was just a normal child.

It was supposed to be a routine patrol that night, but fate had other plans. He got caught in the crossfire of a mafia/yakuza shootout, which had totalled his car. With bullets piercing the door panels, there was no way he could have survived, and the doctors called it a miracle. But Johnson knew he had cheated: His negative form, though leaving him bullet-riddled and in cardiac arrest, had saved his life.

The night he was discharged from the hospital was the night he donned his mask for the first time. Even now, a decorated officer with numerous cases under his belt, he still fights crime where the force cannot.

Appearance: In "hero mode," Johnson doesn't do anything flashy. A black bandanna, baseball cap pulled low, and sporty wraparound sunglasses cover his face. He wears a black leather motorcycling jacket and gloves to hide any other clothes he might be wearing--like a police uniform. He'll wear either his uniform pants and shoes, if he needs to do hero work on the job, or jeans and brown work boots.
Jeb? Yes... that was what they used to call me. Jeb the Gamer1.
That was my name.
Top

Your accepted JEB, though i think that the "Negative form" should be given a time limit since it's a bit OP. Maybe it could only be active for ten minutes a day and if ou go beyond that limit THEN it could be dangerous to john.
Dungeons and dragons lite
Top

Thank you for your interest! I encourage you to make a CS in the Casual CS.
Dungeons and dragons lite
Top