[Req] The Elementals of Eleoxia

RP here if you don't want to worry about guidelines or length. (4 sentences or less per post, on average.)
Forum rules
Post Reply
45 posts

I have read the rules and accept them.

Personality: Galvant has a dark outlook on the world. He is one of the few Electric Elementals still remaining after his species was nearly wiped out. This was in response to the rebellion that they formed in order to avenge the Omnis being hunted down and executed. The Electric Elementals used to be the personal guardians, as well as the eyes and ears, of the Omnis. Whenever necessary they were also the blades as well. Because of their unyielding loyalty to the Omni the few who remain still train and remain vigilant waiting for the chance to fight for a new Omni. Even with their numbers being as small as they are now. However, although Galvant was raised in the teachings of his people, for the fist eight years of his life, he has since lost faith that the Omni will return. This is because he witnessed his family being massacred because it was discovered what they were by the army of the current ruling family. After this he wandered alone just doing whatever he had to survive. He comes across as jaded whenever he isn't trying to get something, but can still act very smooth and likable whenever he wants to get something from someone.

Skills: He is very honed in the arts of stealth, deception, slight of hand, acrobatics, lock picking, hand to hand combat, unarmed combat, knife throwing, and use with small blades in general. As such he has acted as a thief, a performer, and even as an assassin on occasion in order to be able to survive. He tends to use his electricity to amplify his speed, agility, strength, and senses by amplifying the electricity that moves between the necessary cells in order to achieve the desired effect. He also will enhance his attacks by covering himself and his weapons with electricity whenever he fights. Finally he can manipulate the static in the air allowing him to do a number of things including being able to move more freely through it making it almost seem like he can step on the air itself, making the static forces around an enemy stronger which slows their movement and speed opposite of the way it enhances it for himself, or to focus electricity into archs of lightning which he uses to blast targets from an extended distance. 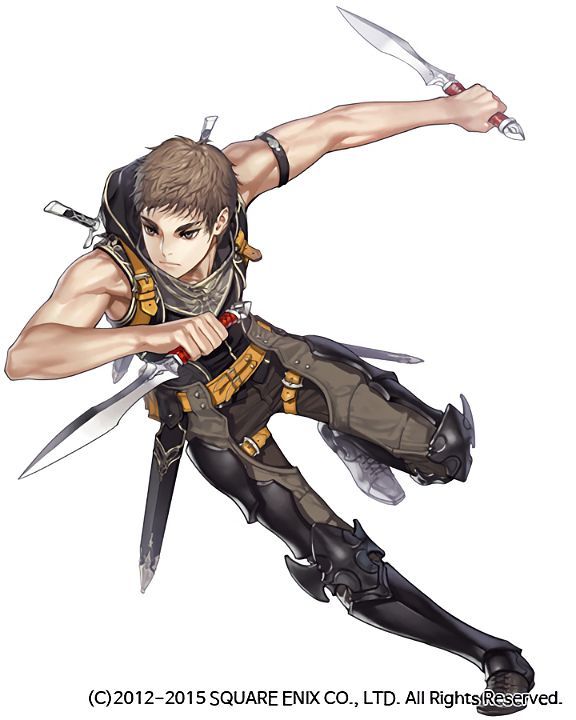 His hair is a muted blond color, and his eyes are usually a smokey amber color. The tips of his hair will occasionally have jolts of lightning jump between them, and small sparks will occasionally jump from his eyes pupils and land on his iris'. Whenever he actively uses his elemental powers then both his hair and eyes become a bright yellow and seem to even glow.

I have read the rules and accept them

Personality:
From a family of scholars and soldiers, Adreana has always been taught to question knowledge and to develop her ideas, as well as obtain the slick tongue of a conman. Growing up, her days consisted of studying and training. Her mother and grandmother were scholars and guided her down that road, while her grandfather and father were soldiers and taught her as such. On her eighteen birthday, her family told her the truth. Their ideals were not in line with the current ruler family but against them. After the sun had set, troops from marched into their house and wreaked havoc. Her family and she defended but were overrun, but her parents created an opportunity for her to run. She escaped while the army thinks she is dead, she hides from the kingdom while trying to survive.

Skills:
Raised by warriors, she is extremely skilled in many combat areas, such as swords and hand to hand. She can manipulate shadows to become any needed weapon, hence her familiarity with them. Adreana is also incredibly flexible. She can manipulate and create dark spots and objects as she sees fit, a rare ability she shares with her grandfather. Her scholar training gives her the ability to plan and react accordingly, as well as communicate and read people. Due to her family hiding their truth from the ruling family, she was forced to develop her lying abilities to keep appearances. This proved to be helpful when surviving after the attack.

Black hair with tips some streaks of white. Her eyes are completely black, the same as her father's.
Top

@Ash I'm interested to see how Galvant and Adreana are going to react to each other. Especially once the truth about each ends up coming out.

It will be interesting! I am excited to see how that goes.
Top

Heh now Sera is the odd woman out it seems, you know, what with not being a thief or hunted by the government and all. I'm interested on how such different individuals can work together

If that's everyone, I'll go ahead and get the first post up

Siren wants nothing more than to free the people from the current ruling family. Recently, she's gotten more eager to make her way to the Capital city. She can feel the planet dying, and knows there isn't much time before there isn't enough of the natural elements in the world, for her people to survive. She is extremely sympathetic to the conditions her people are living in and tries to help them when she can even though she should be in hiding.
Element:

Omni. She can Shift to an element, which allows her to use the element. If she comes in contact with an element in her neutral state, she will Shift to that element. If it's an opposing element, she will shift to it, but not without being thrown into severe pain first.
Skills: 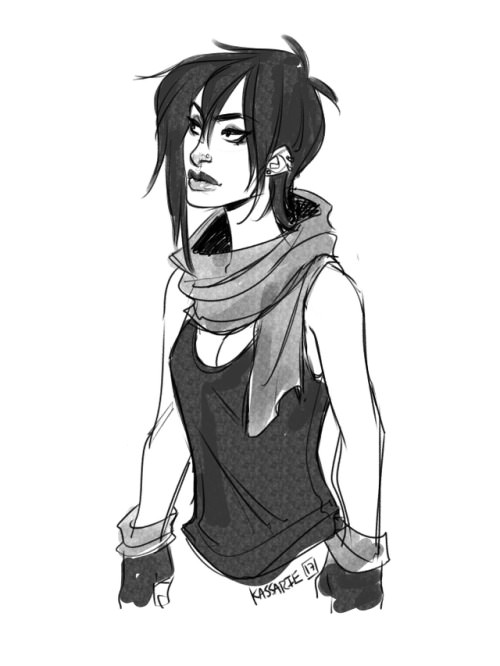 Unlike most elementals, as an Omni, she has her own colorations. She has black hair with emerald green eyes naturally. They change color whenever she Shifts to a particular element.

are you possibly still taking people? if not that's totally okay
Top