CS
Name: Tess Rhyder
Age: 20
Gender: Female
Do they have an immunity?: Yes
Personality: Tess is an optimistic idealist at heart. She will shed light and positivity out of any situation. Although soft spoken, Tess loves talking and getting to know people. Otherwise, she would be terrified of being alone. One of her biggest flaws, however, is her penchant for trusting others. She will overlook warning signs and red flags if it means helping someone out. Despite being born after the apocalypse started, she will never refuse to listen to stories from the past and how things were before. After all, she hopes that maybe they can slowly begin to rebuild the world back to what it was. Her free time is often spent reading and thinking of ideas to improve their world.
Bio: Raised in the Brush, Tess had more of a taste of what the world was like before than most outside of their settlement, well those born after anyway. Not only that, but her father had been an engineer. He didn't talk a whole lot about what he did in the Brush, but he would teach his daughter what he knew, often using his old college textbooks to teach her with. According to her father, they had lived near the Brush from before everything went to hell. So her parents were some of the first people to take residence in the Brush.


Tess learned of her immunity when she was pretty young, around the age of 15. For the most part, only her parents were aware of her immunity as well as the person that treated her wound. Unfortunately for her, this would come back to bite her (hahaha puns), as they kept the records to her immunity. Although she wouldn't have to worry about it for the next few years.


Tess would never forget the night her life irrevocably changed. Her father told her to start packing and get ready to leave everything behind. Something about gathering up all of the immune was all she could get out of him. Of course, things did not go as her dad planned. A group of men busted through their front door, all while yelling with guns drawn. The last thing she could recall was her dad shouting for her to run, a few gunshots, and then everything went black.


When she came to, she found herself with Sebastian and the other immune survivors. Unsure of how she got there, she just tries to forget what happened and stays focused on living in the present. Helping out in anyway she can in order to keep her mind busy and away from that night.
Equipment: A tool kit takes up much of her inventory, as well as some materials like electrical tape, copper and aluminum parts. As for food supplies, she doesn't have much. A few cans of tuna and some pickled meats. Tess has a slingshot and a pronged spear for weapons. Both she made herself.
Appearance:

Extra: Tess was bitten on her wrist, beneath the pinky and partially on her palm. She has very limited motion of her pinky and ring finger thanks to the bite, but other than some minor tremors and a bit of pain, she is fine otherwise. Also worth noting: she is always wearing a glove over her left hand regardless of the situation.

Side note, I have another character idea that's almost done, but he can be introduced later if you allow it.
Where's our sacrifice?
Oh, get off the cross, we need the wood.
Top

Looks good! You can introduce your other character now if you like, unless you intentionally want to save him for later lol.
To quote Hamlet Act III, Scene iii, Line 87..."no."
Superhero Sandbox: Fusion
Art Thread: Don't Look Here!
Top

Do they have an immunity?: No

Personality: Cool and calm under pressure. James is highly intelligent and an expert at improvising on the fly. He cares very deeply for his family and friends closest to him, and despite his military background, James values life and seeks to do everything he can to preserve it.

Bio: James Mason grew up in southwestern Texas between El Paso and Fort Stockton. Growing up as a ranch hand had its benefits as it allowed him to gain a complete understanding on what the true meaning of hard work was. It also taught him valuable survival skills that he honestly never thought he’d have to use. It also taught him the value of life. After spending year after year on cattle drives and being around the beef industry, James began gaining an appreciation for life in general.

In his early twenties, James enlisted in the Marine Corp, and with his body being in peak physical shape, not to mention being smart enough to ace the military entrance exams, he enlisted to be a helicopter pilot and eventually worked his way up to flying the coveted Ospreys. James continued in that career, got married and had a son. He kept his career going all the way up until the Military for the most part collapsed. And it wasn’t that long afterwards that his wife passed from the infection. His son on the other hand had otherwise been immune, but that wasn’t anything James would find out until about ten years after the fall.

It wasn’t until after the Selection came around to his door that his life took a turn. It was then he found out about his sons immunity, but he also found out what happened to the immune that were taken. It was then that James took his first human life, though despite how he hated it, he wouldn’t give up his son. That day forward, James and his son Noah were on the run until James they left the Brush. Now James and Noah sneak back in from time to time to help other Immune escape capture.


Equipment: James carries with him a composite bow with his own home made arrows. He also has his military issued field survival knife. His trademark look however is the brown Stetson cowboy hat he has worn since his youth on the ranch. 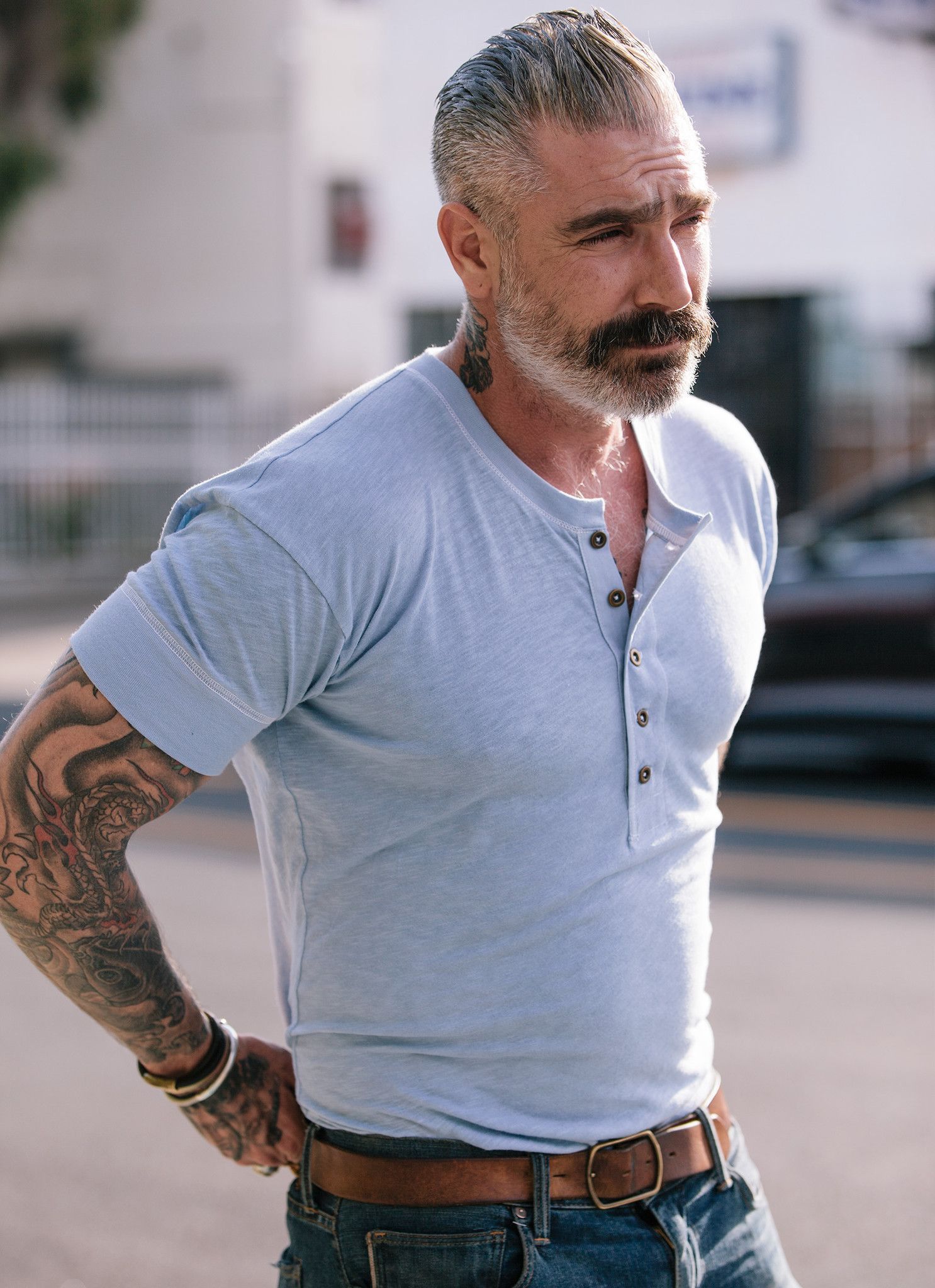 Extra: Has numerous tattoos over his arms and body from his days in the marine corps.

Personality: Unlike his father, Noah is more of a skeptic and has a hard time trusting strangers after Hunters attempted to take his life. Though once he knows someone, like his father he will fight to protect his family and friends.

Bio: Noah grew up about as well as any kid could have, especially during the beginning of the end of the world. Thankfully life in the Brush was as good as it got. He grew up just like all of the other kids did, and his father made sure that he had everything he needed.

That all changed when Noah was attacked by an infected, and nothing happened to him. It made his father weary, but they continued on their normal life until the hunters came. Noah learned very quickly that strangers weren’t to be trusted after the attempt on his life. It was also that day that Noah saw how his father could be in a fight. He quickly learned everything he could from his father about survival and self defense, and Noah became just as good as his father was.

The attack so many years ago left Noah emotionally scarred, and know how people like him are being hunted, he takes extreme pleasure in helping others like him escape from the hunters.

Equipment: Like his father, Noah is an expert with a bow and sports a similar style bow like James. He too carries with him a small survival knife, but also keeps a handgun tucked away for extreme emergencies. 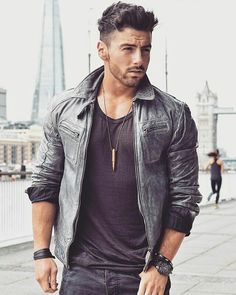 You're good! Ooo, this is all coming together. I think this is enough people to start with, so I'll plan on getting the thread up this week. That way, people who still wanna join have the chance. :D
To quote Hamlet Act III, Scene iii, Line 87..."no."
Superhero Sandbox: Fusion
Art Thread: Don't Look Here!
Top

Gecko wrote:You're good! I'll place you in the list lol

Do they have an immunity?: Yes

Personality: Hayden is a bit of a tomboy, she hates it when people say she's "cute", she is sassy, can be ignorant, slightly romantic (although she hates to admit it), and will kick your dang butt.

Bio: (Reminder, this is roughly 23 years since the outbreak happened.) Hayden was young when the outbreak happened. She had to be raised mostly in the dark. Because of her upbringing, she never trusts anyone, especially Hunters. She once had a friend, but he betrayed Hayden and had her father killed. After that, she hasn't made friends. Only temporary alliances.

Hope you except my offering!
Top

@Gecko , yeah, I decided she does.
Top