by Train
Plot:
You're a fighter in Smash, and you live in a town with all the other fighters in Smash. Everything is fine for a while, until the city comes under rule of a tyrannical leader, a Marth by the name of "Fado". Fado starts opposing certain characters and favoring others, changing the balance of characters and leading some characters to be cast out. You must stop Fado, and find a better leader for Subspace City.

The only rule is the character has to be in Smash. You may mention characters not in Smash as kicked out of the village (as a hypothetical situation where they were even in the game in the first place) or as a general mention, but you can't rp as them.

by Train
My character woohoo

Name: Mochi
Gender: Female
Character: Jigglypuff
Personality: Kind of a troublemaker but kind of good, she vibing tbh
Other: She's secretly really bad at fighting so she just hits and then somehow lucks out with a rest to win
Photo:

by Sir Meta Knight
Name: King Dedede
Gender: Male
Character: .. King Dedede
Personality: Normally selfish, short-tempered and disagreeable, but has a softer and more reasonable side, usually seen when he gets what he wants. Loves food, has a grudge against Kirby, and can and will throw a tantrum like a 4-year-old if things don't go his away.
Other: You can't be mean to his Waddle Dees. Only he can be mean to his Waddle Dees. Or so he says, anyway.
Photo: 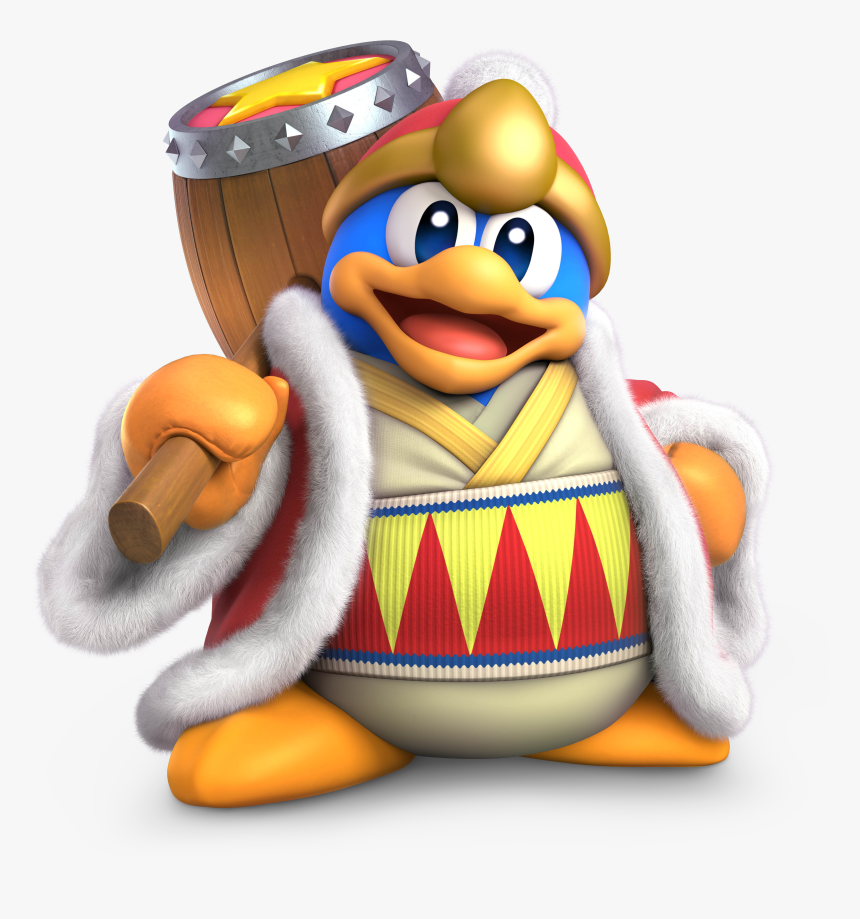 by Train
Aight!
I'll start, i'll make a post in a bit

by Train
-Mochi-
Mochi was asleep, as she usually is. Stay up till 7 AM, sleep till 10 PM, boom, nocturnal life. She was gonna do that like normal, but was awoken when a trophy flew in with a note attached to it. "At 10 in the morning. 10 in the god damn morning i'm being waken up." she thought. Everyone knew Mochi was nocturnal. She caused all her trouble at night, yet still, nobody dared wake her up. She still read the note regardless. It was telling her to proceed to the square. "A tournament maybe? Whatever. I can probably just get in a quick win and leave." she said. Mochi neglected reading the most important part of her invite, though. Text at the bottom, saying there would not be a tournament, but a recruitment of sorts.

by Sir Meta Knight
Dedede sat in the dining room of his makeshift castle, having a late afternoon snack, which usually consisted of a minimum of about 5 courses. The penguin was just gnawing on a bread roll, admiring his neatly-arrange trophy collection that stood at the other end of the room, when suddenly, one of his Waddle Dees burst into the dining room dramatically.

His peace disrupted, Dedede jumped with a yelp, dropping his piece of bread. After he regained his senses, he turned around to glare at the little orange-furred creature.

"How many times do I have to tell you, stop interrupting me while I'm eating!"

The Waddle Dee looked up at him apologetically, although he seemed well used to this kind of treatment. "Sorry, sire, but this is important. It couldn't wait," he explained as he approached the banquet table, holding a note of some sort in one stubby arm.

"A piece of paper. Nothin' so important it had to interrupt my snack time," the blue penguin muttered under his breath bad-temperedly as he took the note from his soldier. Holding it up to his face, he stared at the note for a long time, looking gradually more perplexed. "What the!? I can't even read this!"

"... Oh. Right." With a grunt, Dedede turned the paper so it was right-side-up, and read what it had to say. "Hmm. Somethin' about proceedin' to the square immediately for a recruitment or some such nonsense."

He placed the note aside on the table dismissively. "Well, it can wait until I'm done eating."

"But... sir... the note said to proceed to the square immediately," the Waddle Dee reminded him. "It seems... rather urgent. I really think you should go. Don't you remember what happened last time you procrastinated on an announcement like this back when-"

King Dedede glared at the Waddle Dee. "Fine! Fine. I'll go!" he snapped, slamming his fist on the table. Anything to not be reminded about... that. With a groan, the portly penguin hopped to the ground with an earth-shaking thud, and grabbed his hammer from where it stood propped up against the table, before begrudingly abandoning his meal to go out to see what the commotion was. The Waddle Dee who had delivered the note, as well as the other four who typically acted as his assistants by carrying him into battle and letting him use them as projectiles, followed behind their king silently as he exited his miniature castle and headed out into the city square.

by Train
-Mochi-
Mochi got to the square and pushed into the crowd with all the other fighters. "This....is not a tournament." She said. She sat down and waited for an announcer to arrive on the square's stage.

by Sir Meta Knight
Dedede arrived and stood slightly away from the crowd, but in an area where he could still get a good view. As a king, he didn't see why he'd have to squish himself in there with everyone else, anyway. His five Waddle Dees routinely gathered around him and formed a circle around the penguin, seemingly acting as his bodyguards, while Dedede stared at the stage, tapping one foot impatiently.

by Train
-Fado-
The Marth walked onto the stage. Everyone was clearly confused, but they continued to listen. "Hello, Subspace City." he began. "I am Fado. It may be confusing why I've called you all, but allow me to explain." he cleared his throat.
"I'm the new leader of Subspace City. The old leader has retired, and passed on his job to me." the crowd was surprised. "I'm going to be doing things differently." he let out a small, malicious chuckle. "Number one. Any Fire Emblem character not from Melee is due out of their house by next week. You all will be escorted to a chamber where you will be staying. You are allowed to keep your things, but we will be providing food, and you may not go outside. Any Fire Emblem character not from Melee still in their house by next week is due kicked out of the town. Characters who have been low tier in more cases then not are also getting their own chamber. You will be escorted to a chamber as well, however you will not be able to keep your stuff. You will get provided meals, and will only be able to go outside to train in a closed area when we allow you. Once we believe you're a better player, we will allow you to go back to your home. You are also due out of the city if you do not leave by next week. Mid tier characters will stay at home, but will still be brought out to train at time to time. High tier characters will be escorted to a deluxe version of Subspace City." Fado cleared his throat one more time. "Sorry for rambling, you are all dismissed. Fire Emblem characters, pack your personal items. Low tier characters, pack your clothing. High tier characters, pack all your things."

-Mochi-
"Oh shit." Mochi thought. Mochi knew she was a low tier character in most cases, and didn't want to lose her freedom like this. "I gotta get out of here, somehow..."
All times are UTC
Page 1 of 5
Powered by phpBB® Forum Software © phpBB Limited
https://www.phpbb.com/