Rules? There are no rules! Join and leave the roleplays in this section whenever you want.
Forum rules
Post Reply
16 posts

The light of the setting sun turned the city to a maze of shadows and twinkling lights. Neon and fluorescent bulbs buzzed along the city streets, billboards flashed dazzling colors, and large screens on the faces of many buildings broadcasted a lively air of music and glitter. It was a city that grew more beautiful as the world around it slept, coming alive with lights and grandeur that screamed against the still of the night in defiance. It was the essence of youthful energy, life itself contained within the nightly adventures offered to those who only need to seek.

It was here the white haired man found himself, sitting on a bench as crowds of people passed by on their way to some amazing destination. Smoke rose from the cigarette between his lips as he stared at the ground, the vibration of the living city pulsating beneath his feet. Black circles ringed his eyes, and other than the clothes on his back he seemed to have nothing but a single duffel bag. In the vibrant city he seemed the epitome of its underbelly; sleepless nights and wasted resources finally spewing forth tired wretches such as he, burning too soon like the tobacco he consumed.

An electric thrill ran through Fang, and he seemed renewed. His eyes gained a luster, his skin a flush as he stood and began walking down the street he had been facing. Certainly there was something fun to do in this apparent hub of adventure. He reached into his pocket and removed his phone, tapping a few times before music blared in his ears.

"Everyday my walks take me to weirder and weirder places" Seika said, trudging through the back alley and still not having realised that her morning walks bring her through a dimensional rift yet; though it's not an easy thing to spot when your eyes are closed and you are just listening to music. The girl stepped out of the alley and into the street, looking around. The golem had seen large cities like this before, but not at night...

Wait it was night? Seika's eyes darted heavenward and sure enough it was night time. "what the fuuuck?" she mouthed, really confused. After a few seconds she looked back down and took a deep breath, though as a golem breath wasn't something she actually needed. "Okay Seika, this is fine. This isn't the weirdest situation you've found yourself in; remember that inn place? Heh, that was one place alright..." She then saw a man walking down the same street, and waved instinctively.

{Yes, Seika is a golem. That being said, the only things that make her look like one are her reddy-pink eyes and the fact she wears a decorative collar and headband that are made of brick (at least they look that way) Otherwise it's impossible to tell without touching her "skin"}
"Remember, no russian... Because I-I don't understand russian..." ~ Armour fairy

She was lost in her train of thoughts on her way to a convenience store getting amped up for some overnight gaming. The rather fairly tanned girl in the oversized black sweater was far too busy speculating her own existential crisis when she should clearly be thinking about the good snacking she'll be doing later tonight. Nocturnal she seems, living her life in the dead of night, thank god for 24 hour food markets, where else would she get her midnight snacks? As she turned around the corner she whipped out her phone and periodically checked her messengers and other instant messaging apps. Such a chatty girl she was even when she wasn't, but enough about that, one must prepare the mind in order to face the enemy! Socializing with the peas- strangers in general. Oh look! An attempt of conversation with her, just nope yourself outta there and forget it ever happened.

An older man clearly old enough to at least be her own grandfather had smiled and said something along the lines of an unwanted compliment synonymously used in tandem with an equally unwanted invitation. Just keep walking and pretend they don't exist is all. No need to get yourself all hyped for nothing. Hahahaa.. Right.

Normalities aside, this one was nearing ever closer to her destination but.. what's this? A white head among the darker haired? Way to stand apart from the crowd Fang. No way Lebi would ever not recognize you, not even from a mile away, blind as she is. On that note, she sped up her pace as if to meet him halfway right in front of the convenience store she'd eventually stop in no less. She grinned as he came ever closer and even made to boop him in the man boob at the same time when close enough.

"Heya Fang, what ya listening to?"

"He seemed the sort to even Dream in suave."
Top 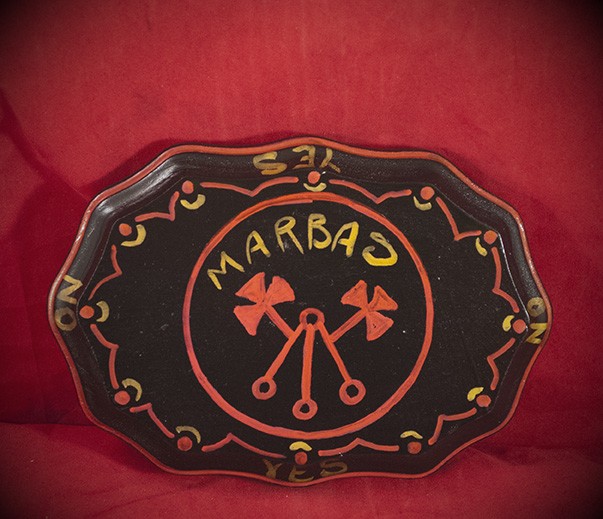 DemonSlayer666 wrote:I stab all of you

Welcome to RPF, Demonslayer. Although I am sure you have been instructed to do so already I highly advise that you read the Forum Rules. They’re somewhere around here.

As honored as I am that you would grace this thread with your presence I’m afraid you’re going to be ignored from this point forward unless you have something useful to contribute. If you’re only here to troll I suggest you rethink this decision.

Regardless I wish you a wonderful time elsewhere on the site. Enjoy!
Top

As Fang threw his cigarette away he reached into his pocket and pulled out a a few dollars and a handful of change. Head nodding to the beat of the music he walked toward his usual convenience store, counting out his change without looking up. The path was beaten, worn into his soul by countless passes and he could make the journey blindfolded.

“That’s addiction for ya!” Fang said a little loudly, tossing his change back into his pocket and yawning contentedly. Farther down the sidewalk, near the mouth of an alley, a young girl caught his eye apparently waving in his direction.

Fang looked to his left, the back at the girl, her hand still in motion. Fang’s eyebrows knitted and he moved to look behind him, just in time to dodge a blow to the chest. Twisted at a slightly odd angle with Lebi’s fist in his hand Fang smiled and took out one of his earphones.

“Shanghai Restoration Project.” He let go of Lebi’s hand and straightened himself. “Is that girl with you, Bell?” He asked, thumbing toward the girl who was now behind him.
Top

He was as quick and ever ready on his toes as ever and had not only twisted away but had also caught her hand in the same action. Embarrassment was written clear as day across her face, naturally rose cheeks now a tinge brighter. Fang had answered and relinqueshed her hand just as she was about to wriggle it free.

“Well, if I know you worth a damn, it's gonna be good stuff.” she had replied, a smirk inching her lips. Lebi had always been fond of the niche and the not well known groups and genres. Not that she was a hipster or anything.. ahem.. You can bet there's some hidden gems when you delve in at least!

“Is that girl with you, Bell?”

"Hah?" What girl? Lebi thought and peered around her for any recognizable faces only to realize after Fang was motioning behind him, to which she teetered and balanced on one leg and peered around him to stare at another who clearly stood out amongst the pedestrians of the city night life.

"He seemed the sort to even Dream in suave."
Top

Fang considered the strange girl for a moment, watching her through the wandering crowds as she continued to wave. She seemed listless, like a robot who’s functions had been limited to waving and smiling.

“I think she might be broken,” he said, turning back to Lebi with a crooked grin. “Anyway, I have a mission today.” He looked around at the passerby suspiciously and leaned in to whisper into Lebi’s ear. “There’s some guy calling himself Death around here. I intend to kick his ass. You down?”

He didn’t wait for her reply, turning down the alley next to him and walking through. “They say he is some kind of gang leader or something down on Azuria Street,” he explained as he walked, confident his friend was close behind. “It’s not like I wanna kick his ass for that, though. People seem to think he is a tough cookie, and you know me. I’ve just got to find out if it’s true.”

Fang stepped out into the street on the other side of the alley, seemingly oblivious to the traffic that raged at his intrusion. His gaze remained fixed on the path he was taking, the metaphorical gears in his head taking in every detail of the city around them. He really did love this place.

Seeing the guy look at her and then just walk off like that, Seika was annoyed. What a jerk! She was waving him over, albeit accidentally, and he just up and ignored her! I mean, to be fair he did seem to be talking with someone else at the time, but still; bit rude, surely? Out of a want to give this inconsiderate guy a peice of her mind, she gave pursuit. Once she closed the distance she finally spoke.

"Hey, kinda rude to completely ignore someone like that you know?"
"Remember, no russian... Because I-I don't understand russian..." ~ Armour fairy