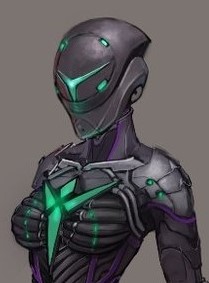 A bit in progress yet.

Revolt
An agent of the US government. Always.

At the heart of Revolt’s armor is one of the government’s rarest acquisitions, a fully functional core of a strange substance known only as Exoterium, named for its unconventional properties. The metal itself is malleable, ductile, and capable of returning to its set state, as well as being incredibly durable - but with its core present, it is also adaptively generative and regenerative - capable of creating more of itself as needed. The armor works with this core to repair itself very quickly, as well as to generate additional pieces of itself as needed.

Small ring-shaped devices about the size of a shuriken, they can be thrown to different points on a battlefield and instantly generate a disc-shaped magnetic field about half a meter in diameter. Revolt is able to use these platforms to springboard movement abilities and extend her coverage of the battlefield into three dimensions, as well as using the repulsion effect on her charged armor to increase her speed.

Conversion of electrical energy into kinetic motion through an enhanced thruster system allows quick movements in and out of a battlefield. The system is difficult to redirect, therefore is mostly used for straight line travel over long distances, rather than being deployed combatively.

Built into the arms and legs of the suit, Revolt can fire off a small broadside of razor-edged flechettes. Being made of exoterium, they are generated by the core in the suit itself, and thus can be infinitely replaced. Further, Revolt can attach an exoterium thread to any number of these devices, and use it to change the direction of the flechette mid-flight.


Additional systems are built in as well, more to follow.

Revolt's ability to store and use electrical charge was instilled in her through a series of experimental procedures spearheaded by the government's R&D division. While she generates some very small amount of charge - slightly more while unconscious - her own charge generation isn't sufficient to power any devices, and she relies on other sources. Her capacity is great enough that she can pull charge from elsewhere and hold it to be used when necessary.

During a strange event about a year ago that somehow generated exonormal lightning, the government was able to trap one of these strikes and harness it into a power cell of immense proportions - which was then inserted into Revolt’s body after removal of some non-critical organ systems. Ordinarily the core remains dormant, but it activates upon injection of Esoteric Core Threads when Revolt puts on her armor, and is used to supply power throughout the armor system beyond Revolt’s own output.

Via the Meta Induction Project, Revolt's unique physiology was always meant to be half of an equation, one that would produce an ultimate superweapon. The second half, unfortunately, was lost in January of 2019.

She is prepared to retrieve an alternate, from wherever necessary.
Top 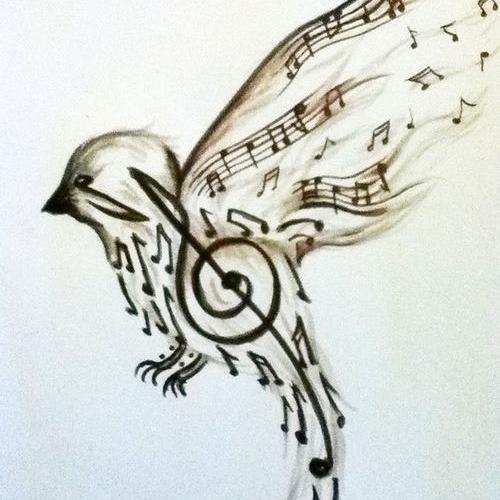 I like the contrast between the green aesthetic of Capacitor and the darker, more sinister purple of Revolt. The div for Revolt is simpler, too, less busy, but in doing that it gives it a far more clinical look - it loses the organic feel. Almost robotic.
Top
Post Reply
2 posts • Page 1 of 1