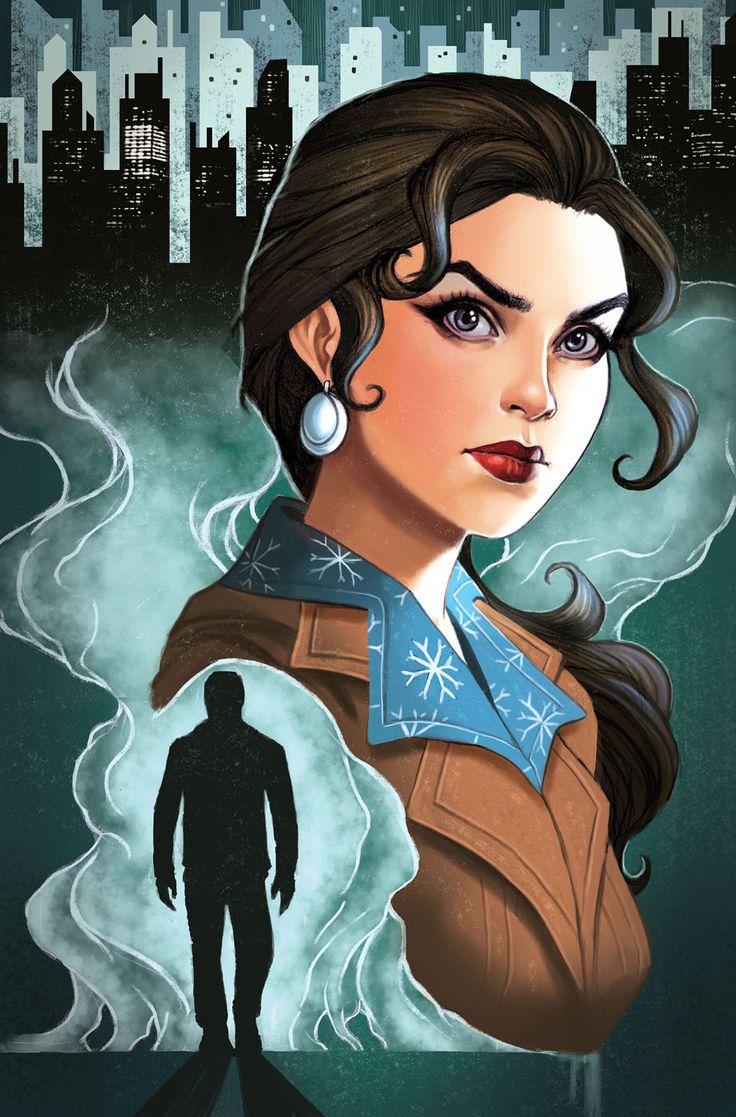 FOUNDATION HISTORY:
In September of 2013, Miss Cantrille came to the attention of ACF during a standoff at the home of Mr. and Mrs. James Soleil, who were at the time acting as her foster parents. Neighbors called in a domestic dispute, not the first such call. Laine had taken possession of a kitten, which was thought to be deceased before authorities arrived, and refused to let it go. ACF became involved when it became apparent that no one else was able to leave the area either. Due to confirmations of domestic abuse and unsafe living conditions, Laine was removed from the Soleil home and into ACF care.

Her acquisition was initially as an anomaly, but Laine seemed positively disposed towards ACF, and [REDACTED] took command of her case, and Laine was allowed to begin working with the ACF in her own right. She was placed at L-14, and worked closely with [REDACTED] prior to the breach on [DATA EXPUNGED].

After the Breach, it has been noted that Laine's mentality has shown great disruption, and her possessive nature has been far more evident. She has shown a particular discomfort with the departure of ACF member Ale[REDACTED].

SPECIAL ABILITY: ANCHOR
Almost like a black hole, an ability that keeps things where they are, holds them in place. It seems to have components across all spectra: physical, mental, spiritual, psionic - everything ever tested, she can hold it, one way or another.

ACF was originally interested in using her because of her ability to keep things where they were - very useful for anomaly containment - but it became readily apparent that part of her mentality seems to hinge on claiming these things as her own - items, people, places - she seems to hold them by becoming very attached to them, and there are problems when they need to be let go.
.
Anomalous Ability File
Asset: ACF-833 "Anchor," maybe ACF-833-A? Someone classify this please.
Location: L-6 I guess? What do I write here? I don't know, I'm just an intern!
Look, the relevant info is down there, I'll... uh, tidy it up later.
...She's gonna make me write this out ten times, isn't she?
[EXPLETIVE].

ACF-833 knows what is in her files. She has perfect recall of everything contained in them, down to page numbers and annotations. This only works for files ACF-833 has personally written or annotated.

All of ACF-833's files are in her file cabinet. The one she wants is always easily accessible. The size of the filing cabinet does not matter. Physics applies only in as much as it is needed.

ACF-833's files can only be read with her permission. Anyone without permission will simply see the word [REDACTED].

Any attempt to make digital copies of ACF-833's files - including scans or photographs - results in a file containing only [REDACTED].

ACF-833's files cannot be stolen or taken without permission. They cannot be borrowed for longer than she has agreed to. Overdue files will cease to be where they were the instant they are not watched, and will be in her file cabinet.

It is yet undetermined whether the files should be counted as an associated anomaly in their own right, or merely a previously undocumented ability of ACF-833 herself.
Anomalous Ability File
After the events in [REDACTED], ACF-833 designated L-6 as her location [Indicative of Anomalous Inflection]. She has determined she belongs there, and is able to return to this location at will.

She is not able to use this ability to access any other location.

It's like some sort of weird return-to-town scroll thing in a video game. Also, don't ask her about it unless you want to end up really [EXPLETIVE]-ing confused.
Anomalous Ability File
Clearance Required: Class-E or Higher
Login:
|
After a series of events in London, ACF-833 finalized her synchronization with L-6 as her designated primary location. 833 believes that the reacquisition of [REDACTED] played a key role in this synchronization change, as she was previously unable to completely synchronize with her location. With no remaining outstanding claims on her ability, 833 was able to synchronize to L-6 to a much higher level than she displayed with L-14. The increased synchronicity level with her primary location had some anomalous results for the location as a whole.

Most notably, ACF-833 exhibits awareness of all anomalies belonging to her location, including both a directional sense and a generalized sense of something approaching empathic relations - 833 refers to this as "understanding her anomalies." While it is not specifically an empathic or telepathic sense, she does have a very strong ability to know how to act or react with anomalies across the board when interacting with them: at L-6, she need not be present for this understanding.

ACF-833 is also able to lock down areas of the location on command, altering location dimensions or properties if need be. Reference: "That's not bending reality, it's just making sure the place where things belong is where they are when they belong there." Regardless, this ability may well prove invaluable with containment of Leviathan-class anomalies at the location, as well as others.

It is also noted that there are a few anomalous effects on the location itself as well as the staff there. Staff generally regard L-6 positively, with a notable boost in contentment and feelings of belonging. This effect is both low-grade and subtle. Since it does not seem to have any adverse affects (staff are able to transfer out without any ill feelings if their jobs or desires take them elsewhere), this effect has been left in place - however, should it become an issue, ACF-833 has displayed the ability to downplay this connection at will.

ACF-833 also has a slight affect on the temperature of L-6, outside of temperature-controlled areas. This seems to work only while she is present, but fluctuations of +/- up to two degrees have been noted. This seems to be some sort of reflective synergy with ACF-571. Don't ask.
Anomalous Ability File
Council Level Clearance Only
Login:
|
Oh, [EXPLETIVE].

The Foundation's solution into the security issues present was to designate a security agent as part of the project - Laine Cantrille, A-Class-D, ACF-833. In her activity with the project, she has reidentified herself as Synergy, following the more rote naming conventions of standard superheroes.

Keeping in with the mien of the utmost security, it has been noted in official ACF files that it seems that Synergy is not actually Laine Cantrille, or at least not entirely. She refers to herself as an anomalous composite, an activation that gives her both abilities derived from synergized anomalies, as well as distinctive hints of their personalities if available. The composite process seems to involve symbology of some sort, and various symbols about Synergy's person will determine what her current composition is. Where they are and what form they take seems to vary, dependent on what synergies she's currently using.

Synergy (ACF-833): The basis, it contains 833's original hold ability, as well as small scale reality bending. Through this, she is able to have, not have, or adapt any small object that she could reasonably be carrying (a cup, a pencil, etc.), but it must be possible in some reality that she might be carrying such a thing, which means she can never acquire (a gun) or anything she wouldn't otherwise have. Her Containment ability functions grammatically: object is status. The list of status effects is limited - those linked to containment or holding are much easier for her than others - so The door is closed is significantly easier for her than The door is open, and there is a degree of probability involved: the less likely something is to occur, the more difficult it is for her to achieve it.

A Cube (ACF-236/U-329): Something akin to insanity, or mad genius. It also alters her personality significantly, allowing her to overcome her standard obsessive behaviors.

A Snowflake (ACF-571): Utilized as an appearance-altering mechanism, giving her distinctive white hair and blue eyes. Also gives her shortness of breath and a tendency to cough, although Synergy frequently sloughs these side effects off to alternate realities or nonrealities.

A Butterfly (ACF-707): A degree of reality bending, allowing her to use A Snowflake and A Cube or other detrimental anomalies without too much disruption to her current health. Also gives her a tendency to refer to people by name, rather than number.

A Chess Piece (ACF-404): The Foundation isn't sure what this one actually does for Synergy, but she tends to invoke it anyway. Personality-wise, it seems to give her a sense of protectiveness. ACF-404's files are available for conjectures. 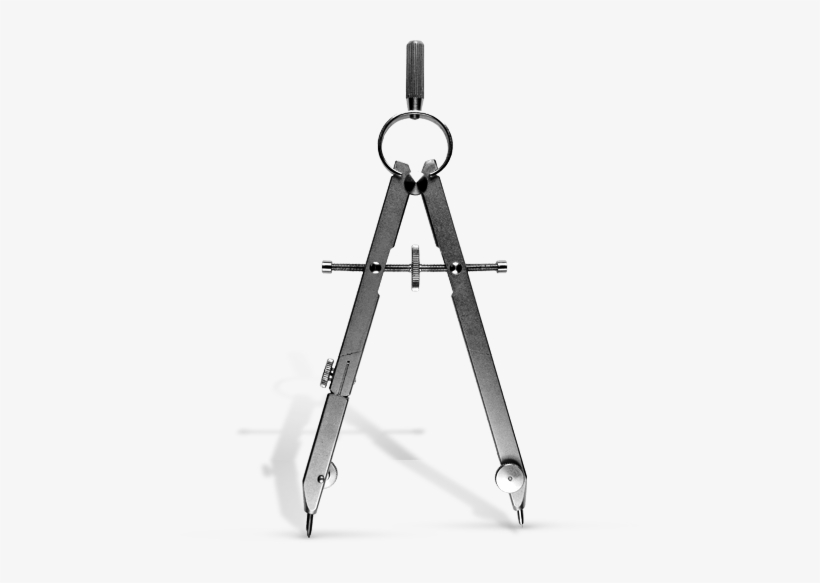 This anomaly has been effectively contained as of date posted.

Procedural circumstances can be found here.