Alias(es): The Accursed King, The Black Dragon, Father of the Forsaken, Disciple of Death, Avatar of the Unholy, Patron of Plagues, Drinker of All

*Bashanipal has no genitalia, but has a male shape and is referred to as a “he”. 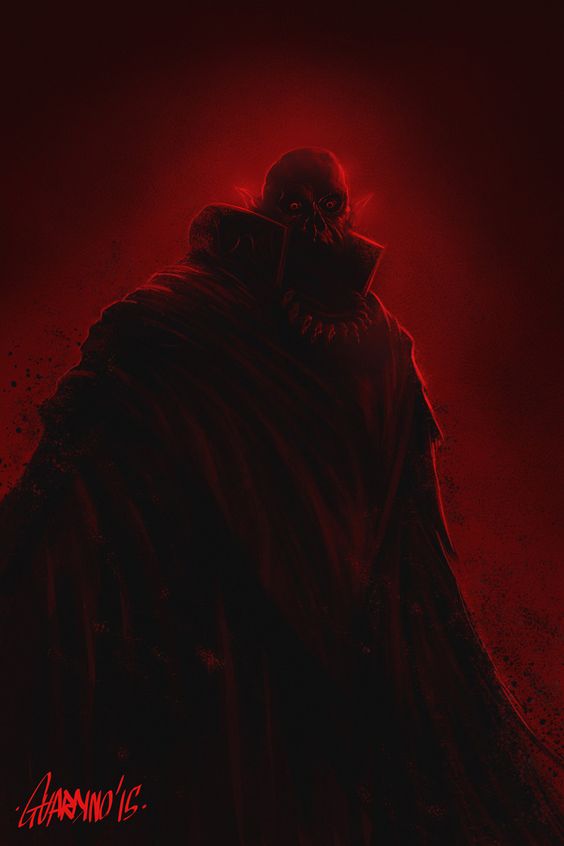 He or more appropriately it is a monster that monsters fear. He is a creature who rules the night and day. He is a monster who lurks in the shadows, constantly stalking men, for he needs them and their blood. This is a new age and he is reborn a new monster. A stronger one. But it comes at a great price. More power means a stronger fuel. And this means stronger blood or a very large amount of it.

I must warn them.

The man walks into the dark room, sitting across from the investigator of these strange and alarming deaths. Heads snapped and ripped outright. “Gory" he'd call it, but not bloody. There was no blood at any of the scenes. Stranger still, no witnesses. No recording. Who or whatever had done had known that there was a street camera there.

The footage plays, and the person walks off screen for a second into a blind spot around the corner. And then, nothing. Within a few feet square feet the man is gone and later found set ceremoniously down in the side of an alleyway with a blanket over his body and his severed head resting right above the neck and laid face down.
There is a man coming in, trying to say he knows what this is. A prophecy he calls it.

“I will rise in amidst a new age when gods walk the Earth once more.”
It sounds cryptic. Weird. Vague. But it's all the investigators got. And in this world, at this point they'll believe anything in a world where gods arguably do walk the earth. He's already presented some photo evidence and a video of some blurry thing ripping off a man's head.

They could not identify the thing. But the head was an identified victim.

They look at him, blank faced. Out from his overstuffed bag of goodirs, lies a journal entry.

“Lord of Orphans. Father of The Forsaken. Patron of Plagues. In his many lifetimes of existence, he has undoubtedly known many names and monikers. But ask him his true name and he might answer.

His existence dates back to the Dawn of Civilization, the Babylonian Empire. Like any Nosferatu, the legend goes that Bashanipal was once a man, but little information exists and few are interested in duch ancient history. Things such has his previous occupation, family bloodline, his last name (if he has one) and most everything one can say about the “man beneath the monster" aren't known.

All that is known is that after becoming a Nosferatu Vampire, he chose to shun all the gods set before him in favor of an Avatar of Death. A nameless entity whom claims to not be a god. Indeed, it claims that it in itself is something else entirely. Something unmistakably real and who seems to gather a following.”


-550 BC
They put the paper down, looking at eachother for a moment. Then towards the man, sizing him up. Hair disheveled and a slight must emanating from him.

“He is a Vampire. He isn't like a metahuman where he lives sustainably on his own and can live away from people. He is a monster, something that eats us. Our blood. But legend goes, as he grew older, he ate other things too. He eventually was able to consume the blood of anything remotely human and things not. From giants to other vampires.”

“If I put two and two together, I would say that humans are just appetizers. He barely gets enough energy to take a moonlight stroll at the beach from devouring an entire village full of people. Myth said he was a monster who fed upon the blood of heroes and ancient gods off the screen. But once the world started running low, he went into a deep slumber…”

He looks down, tapping his fingers, his mind putting the words together in a way to rope it all together before, the perfect analogy comes.

“Humans are just an appetizer. Metahumans? Hell! Gods. Those ar e the main course. Heroes right? They look human and they have blood. Right? How many people are missing?”

The two detectives stared at one another. It was nearly three dozen.

Abilities
Bashanipal is a powerful vampire lord who boasts power beyond the typical vampire of even the modern age. Like all Nosferatu, his powers are supernatural in nature, defying onventional science and the logic many are accustomed to. These powers are powers both developed and innate to his (Un)Dead nature, often resonating with him conceptually.

And they may grow ever more with the acquisition of more potent blood than that of a "mere" human.


“Feed and grow old, and you shall be able to drink an ocean of blood.” 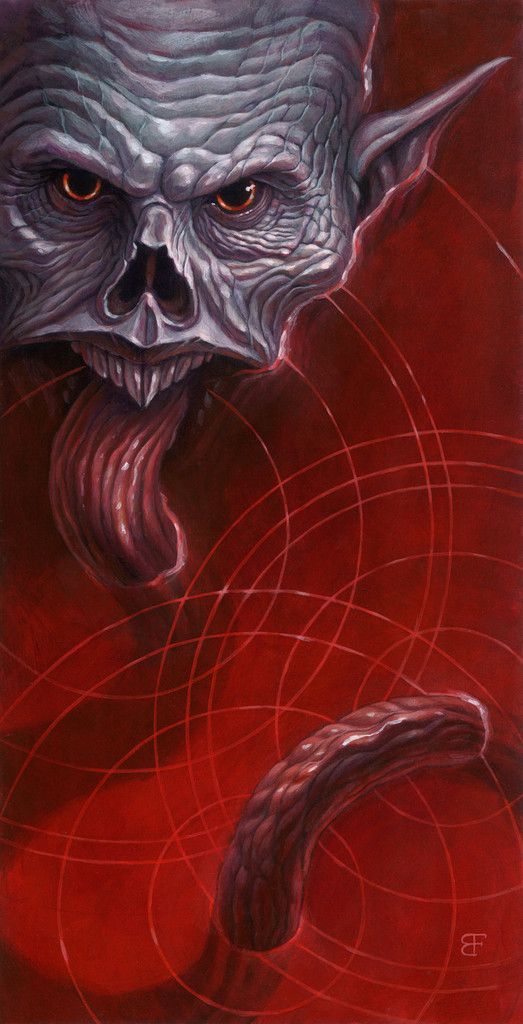 The increase of power through the consumption of blood. The older one Nosferatu becomes, the more they use their Unholy Abilities and the more they drink blood, the stronger they are. This growth increases power and capacity for blood.
Bashanipal is an Elder Vampire with an unquenchable thirst. With sufficient blood, Bashanipal’s power grows without limit


“The only true God is Death.”

Some would say it is a curse, to bring death wherever you walk without willing it. For every thing without a soul to stop your plague to drop down dead, and for the touch of one's hand to kill. Others would call it a great gift. A prophet of death made manifest. Part Boon and Part Bane, the Death comes with advantages readily exploited and disadvantages that must be compensated for. Few master its great power and even fewer can sustain their unlife with it's banes.

The curse is a great irony, in that the vampire itself who bears it is fed upon constantly by vampirific parasites. Leeches, mosquitos and the like inhabit the body and become ghoulish. In exchange, these creatures will do Bashanipal's bidding and can be easily weaponized.

The Black Death: A toxic aura that kills most all that lives.

In truth, this invisible aura is a supernatural plague which originates from Bashanipal's toxic mouth. The plague feeds from everything near him. It brings death to crops, and allows normal diseases which care nothing for soul to bring death to men. Wherever Bashanipal walks, grass blackens, flowers wilt and trees are left barren of lush leaves.

Accursed Claws: A potent venom emitted fron the tips of Bashanipal's talons. Any living thing he attempts to grip rots through his very fingers. This blessing may only kill and rot living things. It doesn't affect normal objects at all.

However, this isn't to say the claws are not strong and sharp on their own. Without the venom, the claws can cleave through knight armor as though it were a tin can and leave deep gashes in modern day tank armor.
They cannot be retracted or sheathed.

Cold to the Touch: Bashanipal is a vampire and thusly harbors an undead physiology. He produces no warmth of his own and his heart does not beat. He is immune to practically any disease and can only be harmed by chemicals that rely on directly reacting with or destroying matter. His blood does not flow and he is functionally a blood sac with organs present for aesthetic purposes. Only sensory organs, his brain and heart serve a purpose.
He cannot be dazed or made dizzy unless someone deals severe enough damage as to remove parts of the brain

“Look into my eyes, and despair zealot. For you are mine.”
Vampires are creatures who's whole lives revolve around manipulation. Sometimes this manipulation is subtle. Sometimes, it is more blatant.

Nosferatu are unlike true telepaths in that they do transmit psionic energy. Indeed, they are lack some energies about their bodies altogether. No. This power lies in the eyes. The ability to control nearly anyone's mind with but his or her gaze.

Bashanipal's Mastery is such that he is able to subsume both man and beast. And who lack the will follow his whim. Meeting his eyes as he is focused on a particular individual can mean Death.

Like any supernatural ability of a Nosferatu, this ability demands blood. And the more one resists, the more blood that is required.


“Do not Abhor this body, childe, for it is very capable.”
Nosferatu are said to unholy creatures, antithetical to concepts, Antithetical to concepts of spirit. And few others will preach this more than the Accursed King. Mankind has proven time and time again that faith alone shall not protect from brute force and physical strength.

Vigor: Inhuman Strength. Bashanipal can at his weakest, smash a humans skull open as though it were a peanut and rip human beings in half.

Celerity: Inhuman Speed. He is capable in moving in bursts of speed with no indication of prior acceleration. At point blank range, he is but a blur, able to move faster than most humans are capable of aiming.

With his ability to adjust his mass, he can move like a phantom, floating and then abruptly having weight again.

Protean: Control over his bodies physical properties. Bashanipal can bend, contort and stretch his form at will to fit through a drain pipe, making his body hard as stone or soft as gelatin. He can shift to become able to fit into cracks the size of a mouse hole, turn his head 180 degrees, absorb blunt impacts or allow blades to pass through him as though air.

Bashanipal's shapeshifting blatantly defies the law of conservation of mass, as utterly Elderitch limbs sprout from his person at the regular.

Re: Bashanipal, The Accursed [Unformatted]

Format this, bitch. Or you're gonna git got.
"TOHU WA-BOHU"
Top

And it is finalized.

I do accept minion applications.
Sandbox